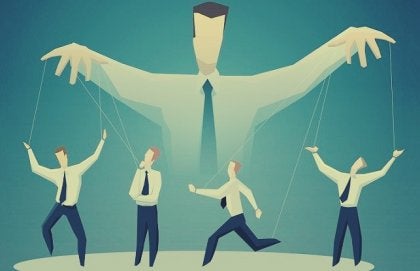 The Overton window is a political concept that describes how the public’s opinion on a subject can be changed. It states that ideas that were previously considered preposterous can become accepted in the long run.

According to this concept, not even taboo subjects are free of its effects. The general opinion that society has on issues such as incest, pedophilia, or cannibalism could radically change. For this to happen, it’s not necessary to brainwash or implement a dictatorial regime but to develop a series of advanced techniques whose implementation would go unnoticed by society.

Origins of the Overton window concept

Joseph Overton studied this concept. He observed that for each area of public management, the public accepted only a narrow range of potential policies. These policies don’t change when politicians change their minds. Society chooses them.

Joseph Overton developed a vertical model of policies ranging from “the freest” at the top of the spectrum to “the least free” at the bottom. This is related to government intervention in which acceptable policies are framed in a window that can move within this axis.

The stages of the Overton window

In principle, it seems impossible that society will accept some of the taboos we mentioned above. However, the Overton Window concept argues that this can happen. To see what the different stages of the Overton window consist of, we’ll focus on a specific taboo: cannibalism.

Stage 1: From the unthinkable to the radical

In the first stage, cannibalism is in the lowest acceptance level in the Overton window. Society considers it immoral. It’s considered disgusting and preposterous. At this point, the window is closed and unmoving.

To begin changing public opinion, scientists start studying it. For scientists, there shouldn’t be any taboo subjects. Thus, the scientific community starts analyzing the traditions and rituals of some tribes.

Stage 2: From the radical to the acceptable

After stage 1, the idea has gone from being unthinkable to being discussed. In the second stage, people begin to accept the idea. With scientists’ conclusions, society views those who refuse to acquire knowledge about the subject intransigent.

People who resist will start to be seen as fanatics who oppose science. The intolerant are publically condemned as the idea loses its negative connotations. The name “cannibalism” may even change to something like anthropophagy. Little by little, the media makes eating human flesh acceptable and respectable.

Stage 3: From the acceptable to the sensible

The consumption of human flesh becomes a common right. The idea is now sensible. Meanwhile, those who continue to oppose the idea will continue to be criticized. These people would be considered radicals who are against a fundamental right.

On the other hand, the scientific community and the media insists that there are many cases of cannibalism in human history.

Stage 4: From the sensible to the popular

Now, cannibalism becomes a favorite topic. The idea begins to appear in movies and television series as something positive. At the same time, historical figures related to these practices receive praise. The phenomenon becomes increasingly multitudinous and continues to reinforce its positive image.

Stage 5: From the popular to the political

The Overton window, which was closed at the beginning, has been opened wide. In this last stage, the legislative machinery that will legalize the phenomenon begins to prepare itself. Cannibalism supporters consolidate in politics and begin to seek more power and representation.

Thus, an idea that was first considered unthinkable and immoral has come to be established in the collective consciousness as a right. This happened through a concept that can change the public’s perception of any idea, however crazy it may be.

Incest – A Taboo Yet Recurring Phenomenon
We're in the middle of the 21st century, and yet incest continues to be a relatively frequent phenomenon. There are some countries where it's even legal. Read more »
Link copied!
Interesting Articles
Cinema, Television, and Psychology
The 5 Best Movies about Alzheimer's Disease

Culture
What is Kinesthetic Intelligence?

In our culture, there is a separation between body and mind. Kinesthetic Intelligence is the ability to use one's body with…

Human sexuality had remained unaffected by technological advances for thousands of years. Nowadays, however, technology is starting to take the…