Otto Fenichel was one of the main promoters of the so-called "leftist psychoanalysis". He worked to integrate Freud's theories with Marxism and contributed important technical elements to the psychoanalytical treatment method. 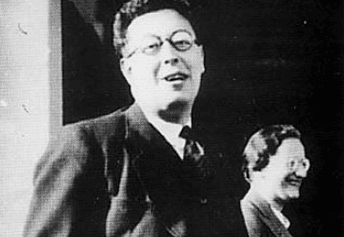 Otto Fenichel isn’t a household name in the world of psychoanalysis. In fact, the most orthodox branch of this particular school of thought considers him a mere “technician”. They believe his contribution to the psychoanalytic method was minimal and that he had no significant impact on the field. However, Fenichel was an important psychoanalyst and did play a key role in helping Freud consolidate his thesis.

Otto Fenichel was a “second-generation” psychoanalyst. That means that he’s part of the Freudian group that formed at the end of the 19th century or the beginning of the 20th century. They were witnesses to the Russian Revolution, the rise of the Nazis, and other historically significant events. Most of them ended up subscribing to Freud’s theories, though each one put their own nuances on the psychoanalytical doctrine.

Otto Fenichel was also one of the representatives of the “psychoanalytic left”, along with men such as Erich Fromm, Siegfried Bernfeld, and Wilhelm Reich, among others. They were all looking for a way to associate psychoanalysis with Marxism and explore the political aspects of the unconscious.

Otto Fenichel was born in Vienna, Austria, on December 2nd, 1897, to a very prominent Jewish family. His father, Leo, was a financial lawyer for the Austro-Hungarian empire. Otto was active in the Austrian youth movement and Jewish Youth collectives. In those years, the movement was trying to bring together political revolution and sexual liberty.

Fenichel, along with some of his compatriots, wrote an essay on the subject in 1916. The authorities at the school where he studied later expelled him for it. Four years earlier, in 1912, he actually created a group with 20 other friends that proposed a sexology seminary in the Academic Association of Jewish Doctors. They wanted to make up for the lack of this kind of content in the university’s medical program.

As soon as Fenichel started university, he became interested in psychoanalysis and enthusiastically attended Sigmund Freud’s conferences. In 1918, he stumbled upon Siegfried Bernfeld‘s thesis, and it didn’t take long before he started attending the famous “Wednesday Nights” at the Vienna Psychoanalytic Society. When he finished his medical studies, Otto Fenichel went to Berlin to study psychoanalysis at the Berlin Psychoanalytic Institute and the Berlin Training Institute.

In 1922, he did his first analysis with Paul Federn and another later with Sandor Rado in Berlin. In 1935 he published his first book, The Psychoanalytic Theory of Neurosis, a two-volume edition. Around that time, he also started to question the bureaucratic practices of the Psychoanalytical Association. That led him to create a separate group, called “The Children’s Seminar”, which he directed with Schultz-Henke until 1933.

In 1930, William Reich joined the group, which now counted among its members other famous psychoanalysis of the age. According to his notes, Reich believed that this collective was much further ahead than the Viennese Collective in terms of social questions. Out of that group the Political Freudian movement was born and reached its peak in 1931. It didn’t take long for the internal conflict to start, however, as members argued over personal matters and intellectual differences.

With the arrival of Hitler onto the scene and the burning of Freud’s books, the group had to disband. However, Otto Fenichel invented a clandestine communication system which he called Rundbriefe (circular letter). This allowed them to stay updated on what everyone was thinking and doing. People say that they wrote more than 119 of these letters, discussing all kinds of topics.

Otto Fenichel was eventually forced to flee to Oslo, Norway. He met with Wilhelm Reich several times, but they discovered a significant difference of opinion that would eventually drive them apart. While Reich praised the direct fight against the Nazis in order to preserve psychoanalysis and Marxism, Fenichel thought that it was better to work underground.

Fenichel lived for a time in Prague and later immigrated to the United States. There, he found some of his former compatriots. He also faced a complicated situation. At the age of 46, he had to go back to get his medical degree because the United States didn’t recognize his other training. He also had to stop being so open about his leftist beliefs.

The medicalized model of North American psychoanalysts deeply bothered Fenichel. He believed their methods were a bastardized version of what Freud had developed. Heartbroken and pushed aside, he died at the young age of 48. His work is required reading for anyone interested in Freudian treatment.

Kurt Gödel: A Biography of “Mr. Why”
Kurt Gödel and his contributions to mathematics and science are outstanding. His theory of incompleteness revolutionized the very foundation of logic. Read more »
Link copied!
Interesting Articles
Biographies
Fernando Pessoa, a Most Prolific Writer