Undoubtedly, one of the most famous lists in 20th-century history belonged to Oskar Schindler. Schindler was an entrepreneur with good contacts in the upper echelons of the government of Nazi Germany. He made a list that saved 1,100 Jews from being sent to the death camps. 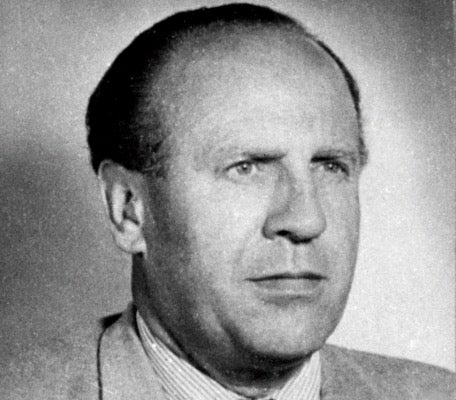 20th-century society had to deal with many evils. However, if you had to highlight one in particular, it would, in all likelihood, be the horrors of the Holocaust of World War II. This article is about one of the most outstanding figures of that period, whose power was neither political nor strategical. In fact, this great man was committed to saving human lives. His name was Oskar Schindler.

Oskar Schindler was a German businessman who protected the lives of more than 1,000 Jews destined for certain violent deaths at the hands of the Nazis. He did this by employing them in his factories. He even kept their jobs open when they weren’t actually needed. In fact, Schindler was a key figure against the persecution and genocide of the Jewish people in Europe in the middle of the last century.

The early years of Oskar Schindler

Oskar Schindler was born in the Sudetes to a German Catholic family on April 28, 1908. His father was an agricultural equipment entrepreneur with his own factory. Oskar wasn’t particularly outstanding at school. As such, he didn’t go to university but attended business college instead.

Around 1924, he started to take on various forms of casual work. Four years later, he met Emilie Pelzl and agreed to work in her father’s factory. That lasted until the 1930s and the arrival of the economic depression that deeply affected the factory. At the same time, the Nationalist Socialist Party was promoted in Germany.

Sensing the impetus of a financial recovery, Schindler joined a pro-Nazi organization. For a while, he devoted himself to passing information onto German intelligence. However, he was arrested by the Czech authorities, accused of espionage, and sentenced to death. This was at the same time as the German army attacked the Sudetes. Due to this fact, he was released.

A year later, Germany invaded Poland and World War II began. Schindler moved to Krakow and devoted himself to smuggling products. He used them to bribe high-ranking German officers. As a reward, and thanks to his contacts in the party, the Nazis gave him a former Jewish enamelware factory to produce kitchen utensils for the German army.

At the time, the factory had a very limited workforce. However, before the genocide began, Itzhak Stern, a Jewish accountant, proposed to Schindler that he obtain his labor force for the factory from the Jewish community in Krakow. In fact, they were the cheapest available workforce, and the factory went from having 45 employees to more than 1,700.

Oskar Schindler and the Jewish community

As the Nazi’s atrocities against the Jews increased, Schindler, like many others, changed his mind concerning the party. Furthermore, when the Nazis began moving Jews from Krakow to concentration camps, many of Schindler’s employees, including his accountant, were put on trains for immediate transfer.

However, Schindler arrived just in time to negotiate with SS officers to return his workers to the factory. He managed to recover his workers from the train and escort them safely back. Nevertheless, the transfers to the death camps had only just begun. Everyone knew it was only a matter of time before it would happen again.

Schindler asked the party to allow him to relocate his factory to the Sudetes to continue producing items for the war. They authorized him to do so and asked him to make a list of the Jewish workers he wanted to take with him.

Schindler, with Stern’s help, made a list of 1,100 Jews considered by him to be “essential” for the factory to continue production in the Sudetes. This way, Oskar Schindler managed to save the lives of more than a thousand Jewish workers in his charge. In fact, today, there are more than 7,000 descendants of the Jews Schindler saved from the Nazi Holocaust.

By the end of the war, Schindler and his wife were completely ruined. This was because they used their entire fortune to pay the bribes they’d had to make in order to save all those lives. Schindler spent the rest of his life living on donations made by those he had saved. They became known as the Schindlerjuden (Schindler’s Jews).

Referred to as the "father of motivation", Wayne Dyer, who adhered to Tao wisdom, was an internationally renowned writer and…

His name was Dobri Dimitrov Dobrev, but everyone knew him as Grandpa Dobri. He became a real character in Bulgaria…