Can Saving Lives Be a Crime?

We're merely an advanced breed of monkeys in an insignificant planet of a very normal star. However, we understand the universe and the importance of saving lives. That makes us special. 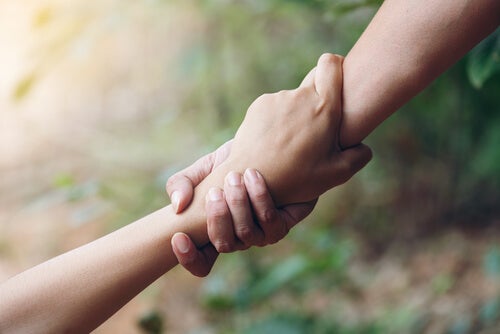 Believe it or not, saving lives is a crime in some instances. But what’s one to do, look the other way? The government of Lesbos tried three Proemaid firefighters from Seville, Spain for the “crime” of saving hundreds of people. Laws must be continuously adjusted. Otherwise, they’re obsolete and become dehumanizing during troublesome times.

The laws that people must embrace are often lopsided and, in this case, worked against three firefighters that acted with the best intention. Still, the Greek government tried them for saving the lives of people who risked dying in drifting boats.

Luckily, even when laws don’t protect human rights, some people and associations make it their business to safeguard them. This is the case with Proemaid and Open Arms. They take it upon themselves to rescue those who try to reach Europe while fleeing from warfare, persecution, and poverty. It’s driving people into the water and not saving their lives what society must punish.

In any case, the firefighters that were accused of human trafficking when they were actually rescuing refugees as NGO volunteers say they’re happy and relieved to be released. “The final sentence is a statement that saving lives isn’t a crime,” said one of them after the court decision.

The world operates under a boomerang effect. What happens to you today may be the result of what you did to others yesterday. And who knows to whom it’ll happen to tomorrow. You can’t afford to live in a world where people only care about themselves. This is because, even though you may be pretty sure that you’ll be on top tomorrow, you still don’t know what kind of situation you’ll encounter today. When propaganda encourages a world without compassion, empathy, and justice, sooner or later, you’ll be on either side of that coin. Not only as individual citizens but at a national level.

There’s a lack of sensitivity in society behind the criminal organizations that engage in human trafficking. It’s more than evident that everyone must fight them because they dehumanize people and use them as commodities. Still, the sea isn’t an appropriate place to fight them.

The fight against these criminal organizations must take place at departure and arrival points; the sea shouldn’t be a battlefield. The battlefield must only be in dry land because plenty of innocent lives fleeing barbarism become endangered otherwise.

Every second counts when it comes to saving lives at sea

Albert Einstein once said that the atomic bomb wasn’t the problem with humans but their small hearts. However, the hearts of the volunteers of international organizations that contribute to rescuing men, women, boys, and girls in extreme circumstances couldn’t be bigger. Courageous people would much rather expose themselves by taking action than regret not doing anything about injustice.

The Lesbos ruling ratifies that these organizations shouldn’t be criminalized for saving lives, which is typical in this and other similar cases. Without a doubt, the kind of humanitarian work that should exempt someone from criminal liability. In fact, the EU Facilitation Directive makes explicit reference.

This sentence not only comes in handy to these three firefighters. It’s also good for all the people who help save lives everywhere. This is because the governments of the world often treat these people as criminals. Unfortunately, there have been many attempts to penalize solidarity and to criminalize humanitarian aid. Thus, this ruling is a statement that saving lives isn’t a crime.

Why Are Superheroes’ Morals Important to Us?
Why are we so attracted to superheroes? Could the answer lie in superheroes' morals? Read on and see if you agree with us! Read more »
Link copied!
Interesting Articles
Psychology Today
Cabin Fever: Fear of Going Out After Home Confinement

Psychology Today
How Can I Help? Five Significant Actions During Lockdown⁰

The crisis caused by the coronavirus pandemic has countless implications and will create countless changes. Although many people want to…