Origin of the Crow Types of Schizophrenia

Are you familiar with the Crow types of schizophrenia? Today's article will discuss their characteristics and highlight those points in which they differ the most. 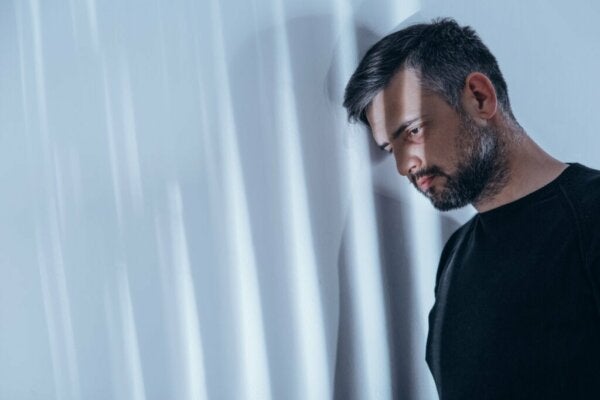 Schizophrenia is a psychotic spectrum disorder characterized by positive symptoms such as hallucinations, delusions, and disorganized thinking. The negative symptoms could be apathy and anhedonia, and the cognitive symptoms usually present themselves in the form of attentional disturbances. This is a chronic and disabling disorder and the object of much interest in experts from various disciplines. Today’s article will discuss the Crow types of schizophrenia. They’re named after Timothy Crow, an English psychiatrist born in 1938 who distinguished two variants of this disorder during his research in 1980.

Timothy Crow’s classification is important because it relates to the different factors of the medical model such as syndrome, course, etiology, treatment, and prognosis, among others. The author initially distinguished type I schizophrenia (positive) and type II schizophrenia (negative).

However, he reformulated his classification seven years later, in 1987. This is because he considered that not all cases fit his dichotomous classification. Thus, he also included mixed types of schizophrenia.

The categorical model of T. Crow is currently in disuse, although his proposal was rather interesting. To this day, some professionals still find it useful (on a practical and academic level). In addition, the classification allows doctors to know more about the reality of this disorder. Ok, but what are the two Crow types of schizophrenia? What’s the difference between them? Continue reading to find out.

“Oh, and I certainly don’t suffer from schizophrenia. I quite enjoy it. And so do I.”

As we mentioned above, there are two types of Crow’s schizophrenia:

This classification is no longer followed to diagnose nor reflected in the reference for mental health manuals (DSM-5 and ICD-10). However, it was the main reference at the time. Without further ado, let’s delve into the types of schizophrenia this psychiatrist proposed and see how they differ:

It has this name because positive symptoms such as hallucinations, delusions, positive thought disturbances (for example, disorganization), and disorganized behavior predominate.

The author likens this type of schizophrenia to the paranoid subtype, found in the DSM-IV-TR (although no longer in the DSM-5).

As you can see, type I schizophrenia has the best prognosis because it’s reversible, and the response to neuroleptics is adequate. Regarding the symptoms, those of type I are positive, while those of type II are negative.

To this day, it’s true that the individual presentation of the disorder may be more similar to one or another type of those proposed by Crow, although no one’s technically diagnosed with the label of type I or II schizophrenia. However, it still seems risky to try to “fit” patients into a specific group. In other words, it’s clear that every person has their own idiosyncrasies (and more so in mental health).

Timothy Crow wasn’t the only author who researched to classify and group the different types of schizophrenia. German psychiatrist Emil Kraepelin (1856-1926) and Swiss psychiatrist Eugen Bleuler (1857-1939) did so before him.

Kraepelin distinguished the following types of schizophrenia: paranoid, catatonic, and hebephrenic (disorganized). Bleuler made the same classification as his colleague, but also added a new subtype: simple schizophrenia.

A Beautiful Mind: Coping with Schizophrenia
This movie narrates how this exceptional human being learned to live with schizophrenia by applying the rule that "every problem has a solution". Read more »
Link copied!
Interesting Articles
Clinical Psychology
Seven Ways to Deal with Post-Holiday Depression