Childhood Schizophrenia, a Challenge of the Present for the Future 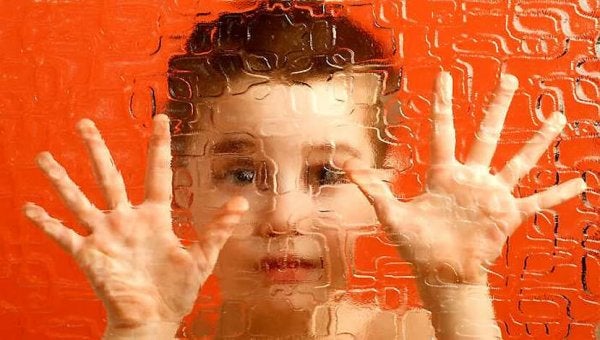 Schizophrenia is a disorder that rarely begins to manifest in childhood. However, unfortunately this does happen in some cases.

Childhood schizophrenia exists and, just like in adults, these children experience hallucinations and delusions that can be confused with “games” or “imaginary friends.”

As with adults, early intervention will greatly improve the prognosis of the disorder. So it’s a good idea to get to know the peculiarities of childhood schizophrenia.

An early diagnosis of this disorder — always performed by a specialist — can greatly reduce the impact it has on a child’s life. But, in order to do this, you have to begin a real race against the clock.

Childhood schizophrenia is not a very common disorder, hence the lack of knowledge that exists.

What are the causes of childhood schizophrenia?

Like many other disorders, childhood schizophrenia has a very important genetic aspect. In other words, there is a greater chance if there are other people in the family with this disorder.

Some studies have also associated childhood schizophrenia with a family history of anxiety disorders or ADHD.

Nevertheless, there are other circumstances that this disorder can be associated with. For example, if there were complications during birth, this could lead to an abnormal neurological development.

Also, whether the flow of oxygen to the child’s brain was ever reduced or completely stopped matters. Knowing this could shed some light on the development of the disease.

During childhood, schizophrenia becomes a chronic disease. Thus, any type of treatment used will be life-long.

How can we know if a child has this disorder? In order to diagnose them, a person would need to observe whether they are hearing voices that are usually negative or unpleasant. Also, if they are seeing things, such as people, objects, or colors that are actually not there.

It’s important to really pay attention to all of this. Parents can confuse the warning signs with “imaginary friends”. In any case, the last word about the diagnosis must be had by the specialist.

The evolution and prognosis of improvement for childhood schizophrenia

As we mentioned in the beginning, childhood schizophrenia doesn’t have a very promising prognosis. This is because the earlier in age that this disorder appears, the greater incidence it tends to have on the patient’s life. The more it will condition their style of life. In this case, the child’s life.

Plus, it’s during childhood when youngsters begin to talk, walk, and develop their motor functions. In the case of childhood schizophrenia, all of this will be affected.

These children will begin to make strange faces and body postures. It might be hard for them to socialize and express ideas in a coherent manner.

That’s why this disorder could have a negative impact on the development of other processes such as language, motor skills, or socialization. Children with this diagnosis will have a hard time expressing themselves naturally or they will do and say odd things, even if you keep an open mind about what children their age should do or say.

How can psychology address an issue like this? Well, at first, it will attempt to slow down the deterioration caused by this disorder with medication. The idea is to balance out the child and contain the symptoms.

Also, the drug treatment will allow the psychologist to work with the child in the best conditions possible. By controlling the symptoms, the child will have a much more receptive attitude.

Once medication has been adjusted, it’s important to teach the child to discern between their hallucinations and reality. They will also work on motor and language skills. This way, the delay in development, if any, will be as small as possible.

Likewise, social interaction cannot be neglected. Children suffering from childhood schizophrenia have to acquire the tools they need to socialize with other children their age.

Psychologists also work with the parents, teaching them positive reactions they can give in situations that might come up because of the disorder. In essence, it’s very important to encourage awareness in the child’s social environment.

Schizophrenia in children has already begun to be diagnosed as early as one year old.

An early diagnosis is extremely important, especially at the earliest ages. Don’t let the symptoms get worse before you see a professional and find out what is happening. If you do, the deterioration will be much greater and the expectations of improvement will be drastically reduced.

Don’t think of it as “child’s play” because, perhaps, over time you’ll realize that it was a clear warning that something was wrong.

Separation Anxiety: Why Attachment is Healthy For Children
Separation anxiety is a normal thing for children to experience, but what causes it and when does it become a problem? Read more »
Link copied!
Interesting Articles
Psychology
Self-Defeating Personality Disorder

Psychology
Cattell's Intelligence Model and What It Can Teach Us