During the 19th century, forensic scientists thought they found a new way to catch murderers. Their technique was dark, mysterious, and questionable. 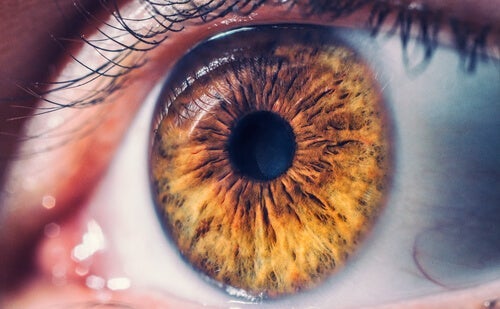 The 19th century was one of the most interesting periods of contemporary history. Social movements, industrialization, increased school attendance, and scientific advancements led to many innovations and changes. That same combination gave rise to plenty of strange beliefs and scientific experimentation, including optography.

The people of the time had an enthusiastic interest in the afterlife, Sherlock Holmes novels, and Jack the Ripper, one of the most infamous serial killers of all time. Thus, it’s not surprising that this period produced some unconventional forensic methods. One of the most famous and most controversial was trying to solve horrific crimes in the most “modern” way: by retrieving the last images from the retina of the victim’s eye before they died.

Although this idea might pretty absurd now, keep in mind that, at the end of the 1800s, society revered photography. People considered it exotic, mysterious, and even magical. In that context, it’s unsurprising why some enthusiastic specialists decided to create a photography-based science.

The word optography comes from two Greek terms: opto (of sight) and grapho (writing). Academics at Heidelberg University in southwest Germany were the first to use the term in 1877.

A physiology professor named Wilhelm Friedrich Kühne was the first to coin the term. An original theory from his colleague, Franz Christian Boll, first sparked his interest in the subject. The physiologist argued that there was a pigment inside the retina that faded in the sun and reappeared in darkness.

This discovery opened the door for a new world of hypotheses and theories that promised to revolutionize forensic science. Kühne was sure that optography would help reveal the identity of any murderer by simply analyzing the victim’s retina. The last image recorded on the retina would provide the clues investigators needed to find the criminal. All they had to do was extract the retina and preserve that last image in the proper chemicals.

Friar Christopher Schiener was actually the first person to analyze an optogram (the name practitioners gave to the images) over a hundred years earlier. The friar was dissecting a frog when he discovered the last image before it died “recorded” on the frog’s retina. This discovery had a profound impact on the friar and set the stage for this controversial practice.

The cruelty of innovation

While Kühne’s intentions might have been good, his methods weren’t. He employed some morally questionable, cruel, and rather macabre techniques for his research. Kühne didn’t seem to have any qualms about his work. After all, optography was going to change the world!

Kühne used small frogs and rabbits for his experiments. He forced them to look at extremely bright lights for long periods of time and then decapitated them.

Quickly, he removed their eyes and placed them in a dark, closed room. There, he cut out their retinas and fixed the famous pigment in a chemical solution in order to preserve it.

These atrocities wouldn’t have been so common if the experiments hadn’t been more or less successful. Kühne conducted his most famous experiment on a rabbit. Supposedly, he was able to perfectly capture the animal’s last image of a window.

Kühne killed countless animals for his optography experiments. Today, people would be quick to speak out against these actions. At the time, however, there were so many important innovations happening in medicine and biology that few people thought about animal cruelty or suffering.

In 1880, Kühne was able to fulfill his greatest wish. Executioners at a local prison decapitated a prisoner accused of killing an entire family. This allowed Kühne to experiment with human retinas for the first time.

Kühne argued that the result of the pigment analysis revealed an image of the guillotine blade. Some of his contemporaries rejected his assertion. They suggested that it could be another image. At the end of the day, however, his original idea won out.

A year later, Kühne published a book called Observations for Anatomy and Physiology of the Retina. In it, he argued that his experimentations were successful. Unfortunately for Kühne, there’s no scientific evidence to back up any of his claims.

Eventually, the lack of supporting evidence led forensic scientists and the police to stop trying to use optography to solve crimes. However, that didn’t stop the theory from becoming an urban legend that captured the collective imagination for years.

The myth of optography has inspired countless books, movies, and TV shows. Famous writers such as Rudyard Kipling and Jules Verne incorporated these ideas into their stories, as well as some famous TV shows such as Dr. Who.

Humans are fascinated by the macabre and can’t resist its guilty pleasure. However, we’re responsible for using our abilities in a sensible and civilized way. After all, the future responsibility for scientific findings is in our hands. Science still harbors many secrets and humans will stop at nothing to discover them.