7 Enigmas of the Human Brain 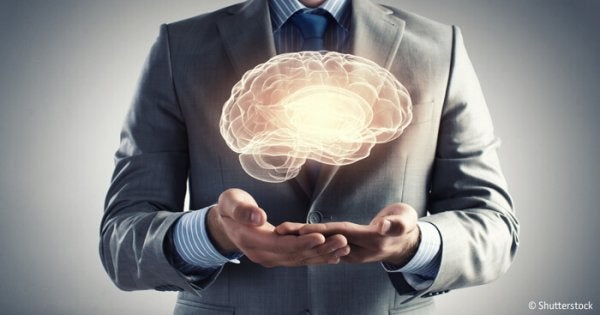 We are constantly studying the human brain. However, so many mysteries remain that science still has not managed to answer. A few things have been uncovered, though, and they’re incredibly fascinating.

The human brain represents only 2% of the human body but consumes almost 20% of the total oxygen and 20% of the energy that enters the body. If we could connect an electrode to the brain, its energy would light a measly 60-watt bulb. However, this mysterious organ has transformed the entire world.

“While the human brain remains a mystery, the universe will continue to be a mystery.”
-Santiago Ramón y Cajal-

Our neurons can only be seen under a microscope. There are over 100 billion of them, but they are incapable of reproducing. Because of the human brain, our species has become what it is today. But the mystery remains. Let’s look at a few…

1. The intimate secrets of memory

When you learn something new, your brain changes. However, scientists still don’t know exactly what these changes are or what specific consequences they have.

Scientists suspect that there is a common element to all of these different types of memory, but they still haven’t found it on a molecular level. They also don’t know how and why memories are modified or erased.

Emotions are such an enigma. First of all, there still is no consensus on how to define emotions from a neurological perspective. It’s known that they are cerebral states and that they allow us to assign a value to facts and events. We also know that we generate plans of action from them. However, the scientific community does not agree.

Emotions have a physical reference. They imply changes in muscular tension, pulse, body temperature, etc. Changes also take place within the brain in terms of neurotransmitters. However, the details of these processes are still unknown.

3. The mystery of intelligence

From a neurological point of view, there is no common definition of intelligence either. There are ideas on its evaluation and measurement, of course. But there is no single cerebral scheme that serves as a definition of a human’s intellectual capacity.

Some studies suggest that intelligence is associated with working memory. In any case, such studies have not been conclusive. What we do know is that we use different areas of the brain and various thought mechanisms to carry out intellectual phenomena. However, intelligence remains one of the greatest enigmas of the human brain.

We’ve always associated the act of sleeping with rest. However, in the last few decades, we discovered that the brain remains active during sleep. In fact, there are moments during sleep in which it is even more active.

Currently, certain hypotheses are more widely accepted, but we really don’t know why we sleep. Although it’s possible that it has some regenerative functions, it’s definitely not the only reason. There are hypotheses that sleeping aids in problem-solving and the fixation of knowledge.

Consciousness is a philosophical, psychological, and anthropological concept — but neurological, too. To this day, we know that contact with material things makes small changes within the brain.

However, one of the biggest enigmas about the human brain is how different levels of consciousness are produced. The so-called “higher consciousness” or ability to acknowledge universal reality in objective terms seems to be the result of a massive feedback system of the cerebral circuits. But we know very little else about the phenomenon.

6. The future and the human brain

One of the most extraordinary powers of the human brain is the ability to simulate the future. That is, to foresee, predict, or guess what will happen. It’s an amazing expression of our intelligence and potential.

But we don’t know exactly how the brain does this. We assume that it has to do with creating models and contrasting them with our memories. However, the mechanisms are a mystery.

It seems that the brain has some trouble processing things that happen simultaneously. This happens when there are two or more things happening at different speeds. The brain attempts to perceive them as if they were synchronized. That is, as if they were occurring at the same speed. However, this has interesting consequences, like dyslexia and falls in the elderly. Why? We don’t know.

Although we have made great strides in the field of neurology, there are still plenty of enigmas left about how the human brain works. It is a very complex organ, and if you think about it, we are using it to think about how it works…

5 Brain Myths That You Thought Were True
We only use 10% of our brains! We've got two brains! We've all heard plenty of information about our brains but how can we separate the brain facts from the brain myths? Read more »
Link copied!
Interesting Articles
Brain
The Mind of a Baby - What's it Like Inside?