When you treat an OCD patient, it's crucial to differentiate between OCD with hidden rituals and OCD with explicit rituals. Hidden compulsions or rituals can feed obsessions. Unfortunately, exposure and response prevention therapy isn't usually enough for effective treatment. 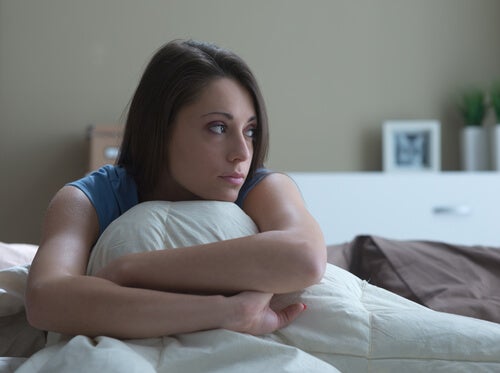 Obsessive-compulsive disorder (OCD) -with hidden rituals and without – is on the broad spectrum of anxiety disorders characterized by persistent and intrusive thoughts (obsessions) and repetitive actions, rituals, or compulsions whose goal is to avoid or reduce the anxiety that these thoughts trigger (Welch, Lu, Rodriguez, Trotta et al, 2007).

These compulsions or rituals that people usually associate with OCD are obsessive hand washing or checking to see if a door is locked over and over again. However, some compulsions often go undetected because they happen on a cognitive level.  These hidden compulsions can be very difficult to treat.

What kind of obsessions do OCD patients have?

The type of obsessions that OCD patients have and the compulsions they engage in vary widely from person to person. It’s also one of the mental disorders that’s the most difficult to pin down. For example, there’s a whole diagnostic category on the OCD spectrum that contains trichotillomania, Tourette syndrome, and body dysmorphia (Nardone and Portelli, 2015).

Experts group the most common obsessions into five main categories:

The most common compulsions or rituals relating to the above obsessions are cleaning rituals, ordering rituals, repetition, accumulation, checking, and mental compulsions. Authors such as Nardone and Portelli (2015) talk about three classes of compulsive rituals: preventative, propitiatory, and reparative.

Obsessions, some of which we mentioned above, lead to a series of rituals. Ironically, the goal of these compulsions is to eliminate the obsessions and get rid of the anxiety that they produce.

The rituals or compulsions that OCD patients carry out can be behavioral. In other words, they’re explicit and visual, obvious to an outside observer. Counting backward, checking that the front door is closed fifteen times before bed, and walking for five hours to retrace everywhere they’ve been are some examples.

You can think of OCD rituals as safety mechanisms. Patients with OCD engage in this behavior to keep themselves safe. When they start to feel scared or anxious, their rituals and compulsions help relieve that anxiety.

Due to this anxiety-avoidance-anxiety cycle, therapists usually resort to exposure therapy to help patients break it. This involves exposing patients to their thoughts without letting them practice their rituals or compulsions. The idea is to let the anxiety reach its peak so that it can subside in a natural way without the compulsions. That way, the patient will realize that they don’t need to do the rituals to make the anxiety go away.

Although people with OCD try to resist carrying out their compulsions, they always end up giving in. The paradox of OCD is that if they didn’t carry them out, their obsessions would probably subside on their own.

The compulsions that tend to be hidden are checking compulsions. Let’s look at a specific example to better understand the concept.

This is the case of a woman named Ayaka. She suffers from sexual OCD with checking rituals. Ayaka comes from a family with very strict religious and moral values, so she’s terrified of the idea of being a lesbian.

Ayaka suffers from homosexual obsessive-compulsive disorder (HOCD). This doesn’t mean that Ayaka doesn’t know her sexual orientation or that she feels attracted to women and doesn’t know what do to. People with HOCD can be gay or straight.

Patients with sexual OCD tend to carry out hidden checking compulsions. Thus, while they aren’t avoiding cracks in the sidewalk to ease their anxiety about being gay, they’re carrying out cognitive compulsions.

In Ayaka’s case, she might spend three or four hours thinking about all the women she has had contact with to see if any of them trigger any kind of sexual response. She might also think about naked women to see if that makes her feel sexually aroused.

The big problem with hidden rituals is that you can do them anytime. There are no physical impediments to carrying them out, and patients can do them far from their therapists’ watchful eyes.

People can think whatever they like whenever they like, and the same goes for the hidden rituals of OCD. If you have OCD and you engage in hidden compulsions, you can spend most of your time doing mental checking rituals. You can check whether or not you might be gay or whether or not you want to harm your child without anyone around you realizing it.

Thinking and checking is “free”. While it’s difficult or impossible to leave the house at 3 am to retrace your steps from the day to check something, you can do it in your mind anytime. Consequently, people with hidden compulsions often spend most of their time doing it because there’s almost nothing to stop them.

Patients often start with an hour a day of mental checking compulsions, but it can quickly escalate. They need more and more time to relieve their anxiety, which starts to affect their work and personal lives.

Family, friends, and coworkers of people with this type of OCD don’t usually realize how much they’re suffering. It’s difficult for the patient to admit to their compulsions because they’re ashamed or afraid of being punished. As a result, the people around them often believe they’re just distracted or tired.

Therapy for OCD with hidden rituals

Treating this kind of OCD is a challenge for therapists as well. Exposing patients to their obsessions while preventing them from engaging in compulsions is difficult anyway, but it’s much more so when the compulsion is hidden. Because the ritual isn’t’ visual, there’s no way for the therapist to be 100% sure that the patient isn’t carrying out their ritual.

However, that doesn’t mean that therapy is impossible. Nardone and Portelli (2002) propose another kind of therapy for patients with hidden rituals. They call it “brief strategic therapy“. Studies show that brief strategic therapy has positive results for 86% of patients, where 79% of cases are completely resolved, and 7% of cases see significant improvement. 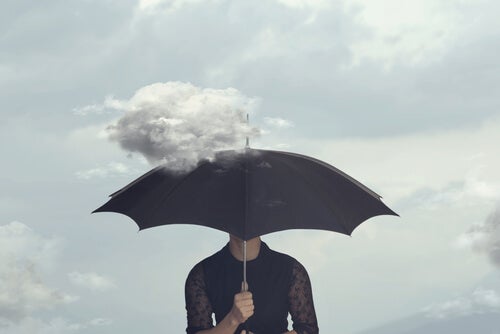 What’s it Like to Live with OCD?
Have you ever thought about what it's like to be obsessed with order, cleanliness, and following certain rules? Does it happen to you? Obsessive-compulsive disorder, or OCD, has two main components: obsessions that invade the person's mind, and compulsions aimed at reducing the distress caused by the obsession. Read more »
Interesting Articles 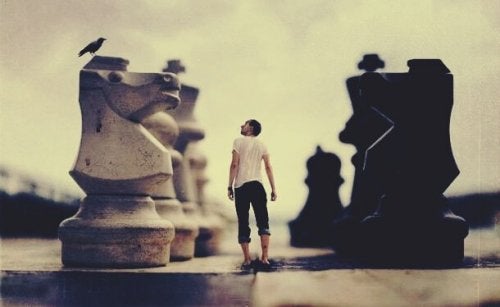 A whole lifetime isn’t enough to fully know yourself, let alone other people. Sometimes people surprise you with their behavior, even if you’ve known them for years. That’s why it is important to pay attention to certain unique personality-revealing situations that… 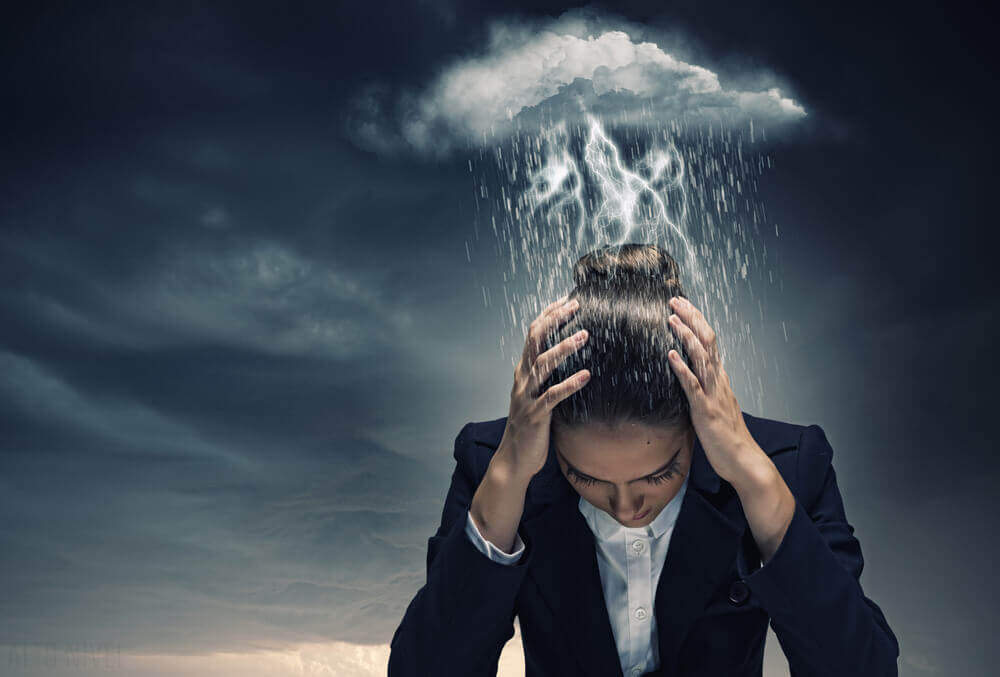 The truth is that in our world today, or at least in a good part of it, we value and reinforce behavioral styles related to work and productivity and results. Being a perfectionist, meticulous, organized, and competent are highly valued… 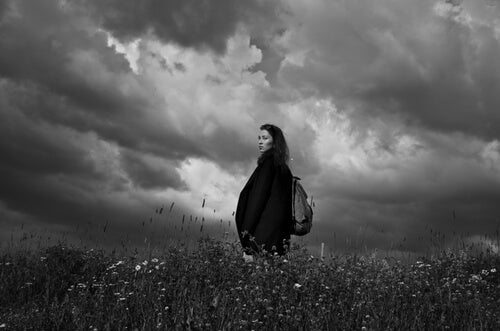 Our life is a constant series of experiences — both positive and negative. We must go through it all. For… 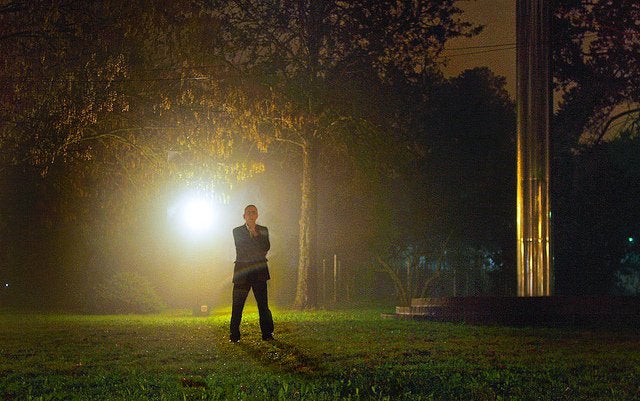 Psychology
What is Humanistic Psychology?

Humans are complex beings, and there are various factors which can influence our mental health. Our emotions, body, feelings, conduct and thoughts converge and interrelate. Humanistic psychology is a branch of psychology that considers the human being as a whole in order to… 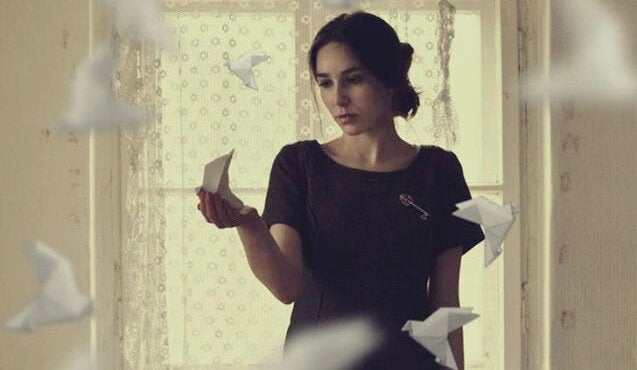 People say that the past never stops happening, and they’re not wrong. Every day in our lives is the fruit… 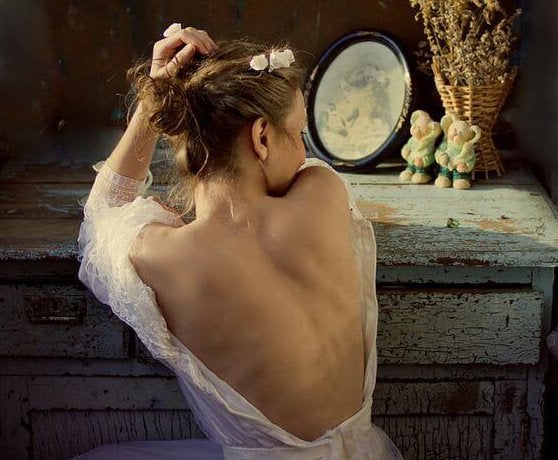 Dear Body, It’s been a while since we’ve talked and I miss you. What a strange feeling I get by striking up a conversation with you again, as if you were an old friend I haven’t visited in a while.…