Do Not Lock Yourself Up, Get Out of Your Skin 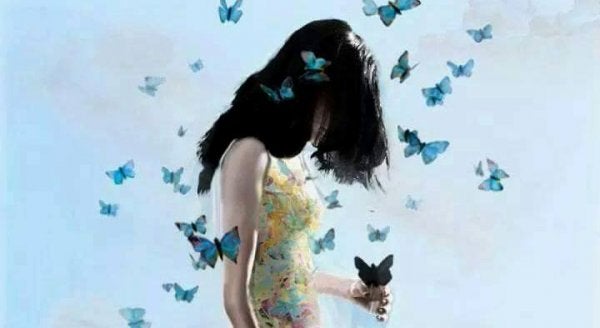 It is true that each person has their own temperament, and some are very expressive, while others prefer to be more reserved. These personality traits are not a problem as such, unless you lose your balance. If you cannot be understated when the situation requires it or you panic when you’re alone, there are problems. If you lock yourself inside of yourself and you are unable to leave your skin, there are also problems.

There are some who create an invisible armor around them, so they end up hiding from the world. They are like a snail who retreats into its shell and does not allow skin to skin contact with reality. They end up becoming invisible to others and their behavior, which is overly self-protective, can give rise to great difficulties.

Being a private person is not the same as being immersed in emotional isolation. In the first case, the person expresses what they feel only with those whom they trust a lot or have known for a long time. In the case of the emotionally isolated person, there is an interest in not letting other person know what they feel, or an inability to communicate. That’s when everything becomes worrisome.

What prevents you from leaving your skin to meet with the world?

Emotional isolation is, first, a manifestation of fear. It causes one to shun contact with others because of the fantasy that getting too close to someone else makes you vulnerable, which can hurt. It stems from the false belief that you do not have the resources or possibilities to tackle this supposed threat, or to process the suffering that can come from it.

This type of isolation is very common in people who have suffered aggression or violence by others. Usually, they have gone through an experience of victimization, or defenselessness against a violent act. This generates a trauma, which is not worked on therapeutically, and ends up being reflected as emotional isolation as well as other symptoms.

The person who isolates themselves has a negative concept of themselves. In some way they do not feel worthy of a place in a social group. It’s possible that they feel ashamed of their own feelings and thus ends up believing that expressing themselves is impertinent. At the same time, they give a disproportionate value to others: they fear their opinions, their anger, their reactions.

Emotional isolation may have many degrees and expresses itself in different ways. Sometimes fear is skin deep and the person knows that what prevents them from leaving is that fear itself. At other times, the situation is covered up with attitudes of contempt for others, sullen behavior or complete insensitivity towards others.

It is only logical that we all have a certain degree of reservation about expressing our emotions, feelings, thoughts, dreams, etc. But really, there is a problem when someone cannot vocally express and in no circumstances, what they are hiding under their skin. At that point we can say that there is emotional isolation, meaning, a situation in which the person feels they are confined to their interior.

In many cases, these situations are borne without causing apparent damage. They simply disconnect from the others by talking to them only about superficial issues, maintaining a formal behavior in different situations, or adopting stereotyped behaviors. In that way, the person adapts to their environment, but never comes into skin to skin contact with it.

In other circumstances, emotional isolation also leads to social isolation. The person decides to shun contact with others and spend entire days without speaking to anyone, locked in their house and avoiding any situation of encountering others. Under these conditions, they can easily reach a state of depression or anxiety, but often those states already exist also.

Intimate bonds are absolutely necessary to maintain mental health. All human beings need to develop relationships based on trust in order to bring out our most authentic selves and so that we truly feel connected with the world.

Everyone needs to evolve individually and socially to make life a fulfilling experience. So if you have the inclination to lock yourself inside yourself, maybe its worth wondering why this happens. Do not be afraid, come out of your skin.

A Hug Is A Love Poem Written On The Skin

A hug has the ability to assemble all our broken parts, those that were broken when events shattered us and cancelled… See more »

Psychology
Some People Are Quick to Judge, But Slow to Self-Correct

Some people judge others at the speed of sound, bluntly and mercilessly. They're guided by a narrow perspective and an empty heart,…

We know they're not good, they're going to hurt us, but a sort of masochistic instinct is unleashed every time we see a bad boy, and we find him totally irresistible.…

Fernando Pessoa is one of the greatest poets of all time. He was born in Portugal and lived at the…

The primary characteristic of cyclothymic disorder is a chronically fluctuating state of mind. We all know someone who has drastic…

Psychology
You Can’t Change Your Life Without Changing Your Habits