Noradrenaline - A Key Component of Behavior and Emotions

When you have a concrete goal that you're motivated to reach, actually a chemical in your body enhances that process. The molecule in question is called noradrenaline, and it's the subject of today's article. 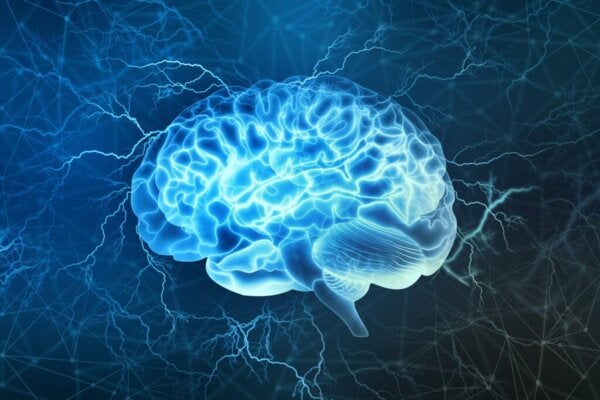 Quickly turning your steering wheel to avoid an accident. Putting on your game face for an important exam. Feeling attracted to someone. Experiencing heightened anxiety from too much work pressure. These and other situations are mediated by a fundamental molecule in your nervous system: noradrenaline.

As you know, your behavior and emotions are orchestrated by the fascinating chemical world that is hormones and neurotransmitters. Every conscious or unconscious reaction is mediated by dopamine, serotonin, endorphins, acetylcholine, and GABA. These chemical substances that your body produces send out signals to the neurons to execute different functions.

A higher or lower level of any of these chemical substances triggers changes in your body. It might affect your mood and make you feel more tired or stressed. One of the most decisive of these molecules, and the subject of today’s article, is noradrenaline. Let’s learn why.

Noradrenaline: what it is and what it does

Noradrenaline or norepinephrine is a catecholamine that serves many physiological and homeostatic purposes. It acts as a hormone and neurotransmitter. It’s structurally similar to epinephrine, another catecholamine. Those two, along with other key substances such as dopamine and adrenaline, are very important for reactions associated with survival (such as fight or flight).

Also, it’s important to note that noradrenaline is one of the most important molecules in the transmission of messages between neurons. It’s especially important in the processes that happen in the parasympathetic nervous system, which controls involuntary functions.

Two areas of your body produce noradrenaline. The first is the adrenal glands, which release the chemical into the bloodstream, where it acts as a hormone and triggers a series of concrete changes and processes. It can also be synthesized in the locus coeruleus, an area of the brain that’s connected to the limbic system, the thalamus, and the hypothalamus.

Also, it’s important to know that noradrenaline is one of the 12 main neurotransmitters. As a result, its functions have a significant impact on the body, on an emotional and physical level. Let’s take a look at some of them.

When your heart races

There are many reasons for a racing heart. Maybe you’re nervous or you see something that scares you. You could also be excited about something or anxious about a public speaking event, for example.

Noradrenaline is responsible for the activation that triggers an increased heart rate.

As we mentioned above, this chemical plays an important role in functions that are crucial for survival. Noradrenaline helps you react, escape, and defend yourself from threats or act in the face of any kind of stimulus. Thus, one of its most important functions is to send more blood to the muscle tissue so that they can respond better in these situations.

Noradrenaline is the fuel that keeps you motivated to reach your goals. Along with dopamine, this neurotransmitter enhances essential functions such as learning, short and long-term memory, and that pleasant glow you feel when you accomplish something (the reward sensation).

Daniel Goleman explains in his book Focus that attention is like a muscle that you have to train. Attention makes it possible to direct all of your energy and resources towards a goal, which can be incredibly beneficial.

Not only does it make you more productive but it makes your mind more attentive and alert. In case you haven’t guessed already, noradrenaline is the neurotransmitter that mediates this process.

We know that sexual desire, like attraction, is orchestrated by a whole stream of neurotransmitters. Love, passion, and sexual attraction are pure chemistry. It’ll come as no surprise, then, that our favorite multipurpose molecule plays an important role here as well.

In some psychological and emotional conditions, noradrenaline levels are either too high or too low. In fact, when pharmaceutical companies design antidepressants, they do so with this neurotransmitter in mind.

Serotonin-norepinephrine reuptake inhibitors (SNRIs) are one example of this kind of medication. They’re shown to be very effective in treating different types of depressive disorders.

Let’s see some of the potential conditions that a noradrenaline alteration can cause:

In conclusion, it’s fascinating to see how these molecules articulate and mediate in infinite bodily processes. Every year we’re learning more about the roles they play, not only for your well-being and motivation but also in more complicated processes.

The good news is that we have the tools to regulate these substances. Therapy can teach you good coping strategies and pharmaceutical drugs can help balance your levels.

The Peace and Calm Neurotransmitter
When you think of peace and calm, you probably imagine yourself resting, feeling a sense of generosity and open-heartedness. Read more »
Link copied!
Interesting Articles
Research
Victor Leborgne - A Case in Neuroscience

New technologies have made an impact on people's lives, but also in other important areas of the health field, such…