What is Frankenstein Syndrome?

The story of Frankenstein embodies a fear that humans will be somehow controlled by their inventions. Does new technology make that seem like a real threat? Read more to find out. 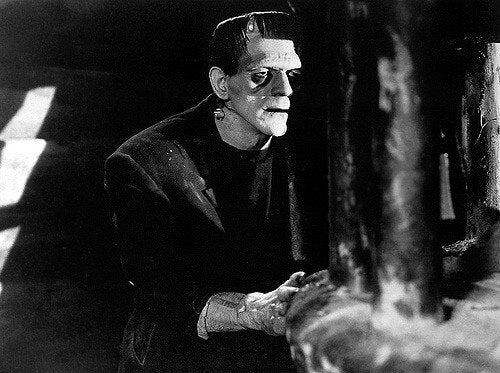 Frankenstein syndrome is the fear that a creation made by a human being will turn against its creator and destroy humanity. Mary Shelley’s 1818 novel, Frankenstein, illustrates this concept. At the end of the book, the monster says to Victor Frankenstein: “You are my creator, but I am your master.” His monster turns against the doctor and destroys him.

The literary character Frankenstein is the monster who inherited only his creator’s last name. He is made of human body parts, unnaturally born against his will, and forced to live in a world that rejects him. That is where Frankenstein syndrome comes from.

Frankenstein syndrome: When your creation rebels against you

In Shelley’s novel, Dr. Frankenstein tries to “play God.” Consequently, his initial aspirations take a detour and he ends up trying to do something much bigger than simply creating and maintaining life. Today, the name “Frankenstein” is a symbol of science that has taken a detour and is heading into uncharted territory, exploring things that could put an end to life as we know it.

It’s no secret that new genetic manipulation and cloning technologies have made great strides in the past few decades. Society is certainly more and more familiar with all of these changes and technological advances. Nevertheless, it’s still difficult to get used to this continuous change and the possibilities that the future brings.

People often reject things that are new, especially when they directly affect human beings. The existence of technology capable of modifying human genes is appalling to some. It makes them feel uncertain about what could happen to these creations in the future.

Fear is an emotion characterized by an intense, usually unpleasant feeling caused by the perception of a real or imaginary threat in the present or future.

When scientists were able to clone Dolly the sheep, the debate about the possibility of human cloning opened. From a technical standpoint, it’s probably possible. However, there are serious questions about the ethics of human cloning. The first human cloning experiments were rejected by politicians and religious figures all over the world.

Nevertheless, the experiment scientists defended their work by claiming that it was only for therapeutic applications. They stated that they weren’t trying to create a human being. Most of the scientific community says that therapeutic cloning is acceptable because it could potentially cure chronic diseases such as cancer, Alzheimer’s, Parkinson’s, or diabetes, among others.

It’s pretty clear that genetic manipulation isn’t one hundred percent safe. However, the genetic modifications that scientists have carried out on a number of species have almost always sought to improve their quality of life. Scientists want to use it to fight illness, find food or other essential products, or improve scientific knowledge.

Technophobia refers to such scary terms as “cyberwar,” machines that take over our lives, lack of privacy on social media, etc. Fear of change is human. You get used to living one way, and suddenly everything changes and the rules are different. The good thing is that humans are adaptable and can adjust to changes whenever they want.

Technological advances are a part of our lives. It’s obviously important to mention that these advances are not always perfect. Sometimes the fear of new possibilities is completely justified since we never know whose hands this technology might end up in. That being said, there’s probably no need to worry about Frankenstein syndrome at this point.

6 Things Technology Has Stolen From Us
There is a very fine line between using technology for necessary things and being dependent on it. Read more »
Link copied!
Interesting Articles
Culture
I Love People Who Make Brave Decisions When It's Hard

I love people who make brave decisions when it's hard. People who go for what they really want deep down... even…