Insecure-Ambivalent Attachment: Neither with You Nor without You 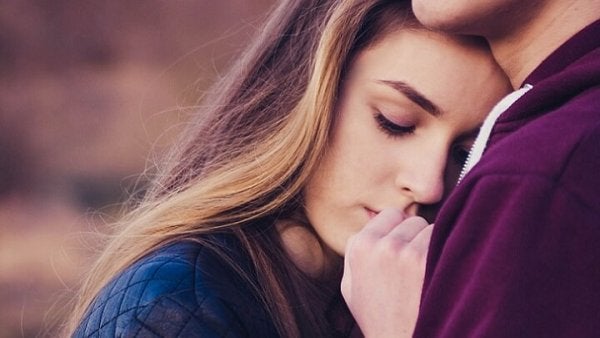 Attachment begins in childhood, an extremely important stage with huge impacts on adult life. So much so that many of the problems adults have in their relationships, whether romantic relationships or friendship, begin in this stage.

Do you see yourself in these “neither with you nor without you” relationships? If so, you’re covering up something called insecure-ambivalent attachment.

We can see this type of attachment in toxic relationships, including emotional dependence, where behaviors affect the health of the individuals and the relationship itself. Identifying it and understanding where it comes from will help us enjoy healthier relationships.

“Neither with you, nor without you my sorrows can be remedied. With you because you kill me, and without you I’m dying”

Mary Ainsworth identified three types of attachment (secure, insecure-avoidant and insecure-ambivalent) through her research on a group of mothers and their babies.

The study took place in an environment unknown to the subjects. Exercises were carried out in different situations, one of which was that the mother would leave her baby alone in a strange room.

Aisnworth discovered that babies who had a relationship dominated by an insecure-ambivalent attachment style tried to cling to their mother and keep her from leaving. If they worked hard and succeeded, they (strangely) got very angry. They kicked, shouted and cried uncontrollably.

So what happened when the mother came back? The children sought contact with her again, but some of them arched their back a little as if to keep some distance.

That is to say, they were disappointed and most of all distrustful, and acted afraid that their mother would abandon them again. In fact, after they experienced their mother leaving them, they resisted attempts to calm them down.

The type of attachment that is present in childhood will also be present in adult life, although in another form and in different circumstances.

The research shed light on situations where an attachment figure, usually parents, may leave the family, but then return home. It also explained cases where the child grows up in an environment where parents leave and then come back to the relationship again and again.

In some cases, and if the separation is not done well (with anxiety on the part of the parents), it causes insecurity and a fear of abandonment. These are the causes of the behaviors that we described earlier.

Do you always want to be with your significant other? “I wish you worked at home,” “I’m so happy when you’re here,” “It’s too bad you have to go on that trip!”.

You say these things without even thinking. But for people with an insecure-ambivalent attachment, they have a much deeper meaning.

A person with insecure-ambivalent attachment in his adult life wants his partner to be always with him. But it goes to an extreme: if his partner goes out with friends, the other will want to be there.

So, they become one of those couples who do everything together.  But what happens when there’s no choice but to do things separately?

Let’s say that a man with insecure-ambivalent attachment is excited because it’s his mother’s birthday and they’re going to celebrate. His girlfriend calls to tell him that she has an important meeting, that the boss is forcing her to stay late.

He can’t do anything about it so he says he understands. But then his reaction is unexpected.

He feels like he did as a child. Hopelessly abandoned, suspicious that his girlfriend doesn’t want to spend time with him. Maybe she doesn’t even love him anymore.

From our point of view, these assumptions are irrational. But they are very common and feel very real.

Maybe his pleas and crying, along with a “don’t you love me anymore?” will succeed. Perhaps she’ll make an excuse not to attend the meeting.

But if she does go, he will be upset and very angry. He will try to make her feel guilty so that it does not happen again. Pushing her away and punishing her, while at the same time clinging to her. A contradiction there since childhood.

Some dysfunctional relationships are the result of an insecure attachment built in childhood.

Feeling insecure in relationships, having a fear of abandonment and being alone, emotional dependence, chaining suffering to love…  These are some of the consequences that a person with an insecure-ambivalent attachment may have.

And when this happens, your long-lasting belief is confirmed: that everyone will abandon you.

Emotional Dependence: The Need for You Is Drowning Me
When we look to others to make us happy, to make us feel complete, we will never be truly happy. We have to get rid of this emotional dependence. Read more »
Link copied!
Interesting Articles
Psychology
Avoid Raising Capricious Children, Without the Trauma

The celebrated playwright and British novelist Oscar Wilde affirmed the following quote. "The best way to make children good is…

Our life is a constant series of experiences -- both positive and negative. We must go through it all. For…

Psychology
8 Common Psychological Biases: With Which Do You Identify?

Why are people so superstitious? Why do people sometimes ignore concrete evidence and get caught up in the impossible? How is…