The Negative Effects of Too Much Alone Time

We all need our alone time every once in a while. But it's not good to be alone for too long. Some studies show that too much alone time can negatively impact the brain and behavior. 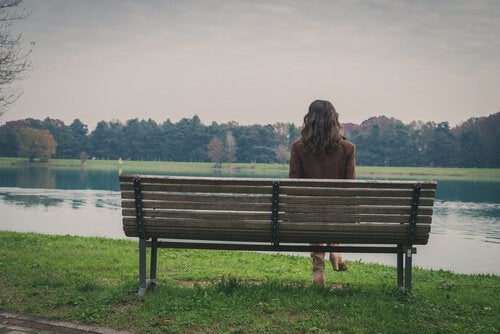 A part of our DNA makes us social beings. Humans need others to survive both physically and psychologically. That doesn’t mean we’ll take any company we can get, but it does mean that people are important to us. Research has even shown that too much alone time can have negative effects.

Many studies have concluded that spending a lot of time alone can have real effects on our brain. We’re naturally inclined to be around other people and spend time with others. But we live in an age where that’s not always easy. In fact, big crowds are one of the things that can make many people want to live solitary lives.

Loneliness is a growing world epidemic. Many people are deciding to live on their own nowadays. Neighborly relationships in big cities have become tense and exclusionary. Businesses are selling human interaction by the hour. Deep down, we all know it’s not good to spend time alone. But we don’t always know how to break the bubble.

“The most terrible poverty is loneliness and the feeling of being unloved.”

A California Institute of Technology (Caltech) study that was published in Cell journal showed that too much alone time has significant effects on our behavior. They experimented on rats and showed that loneliness actually leads to a chemical substance buildup in the brain. It made the rats progressively more fearful and aggressive.

The researchers isolated a group of rats for weeks. After a while, they turned irritable. They also seemed more scared of other rats and were hypersensitive to any kind of threat.

When something felt threatening, the isolated rats went stock still. They stayed that way for a long time after the threat had disappeared. The rats who weren’t isolated got over the stress from a threat much more quickly.

As of now, scientists believe that this is true for humans as well.

Tachykinin peptides and the effects of too much alone time

A previous study showed that fruit flies were also more aggressive after long periods of isolation. In that study, the researchers even managed to link a specific chemical to the change: tachykinin peptide. The longer they were alone, the higher their tachykinin peptide levels.

The Caltech researchers wanted to see if the rats in their study also showed a build-up of this substance. They concluded that they did. However, in rats, tachykinin peptides lead to the production of a peptide called neurokinin A. Our brain produces this chemical in the hypothalamus and amygdala.

Thus, prolonged isolation led to increased production of neurokinin A in the rats. This is the substance that made them more aggressive and fearful. The researchers also discovered that giving them medication could help reduce those symptoms, but not in a stable way.

We shouldn’t spend too much time alone

Spending too much time alone isn’t good for you. It doesn’t make you freer or more independent. A lot of the time, it has the opposite effect: you just become more vulnerable. You get trapped in a cycle where you end up isolating yourself more and more. Isolation could even make you sick.

You can always open yourself up to other people. It’s not easy to leave your bubble, but it’s always worth trying it out. Doing so will help you take a step towards better mental health. Building bridges with other people is priceless and it’s something we all need to do. It’s one of the best ways to grow as people.

When Solitude is Unbearable, it’s Time to Act
When you think about solitude, you probably think of it as something negative. We are influenced by irrational beliefs about "ending up alone." Read more »

Link copied!
Interesting Articles
Psychology
It's Not What You Experienced, but How You Assimilated It

The divorce or separation of a child's parents is usually very traumatic for them. Their family, which they considered to…

Psychology
Your Circumstances Are Tough, But You Are Tougher