Alhough they can seem charming, narcissists never say sorry, never try to repair the damage they've done, and they never admit to their mistakes. 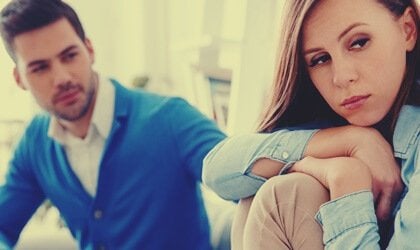 From a distance, a narcissist with a plan can seem charming, self-confident, and even considerate. Nevertheless, there are a few things that narcissists never do, especially when it comes to relationships. They never say sorry, never try to repair the damage they’ve done, and they never admit to their mistakes. Experts on the matter say that this is due to their egocentric and dominant attitude, which often lacks even a glimmer of basic empathy.

In any relationship, whether it be romantic, platonic, or familial, disagreements and friction are common. Not only are they common, but sometimes you offend or harm someone without even realizing it. When that happens, the best thing to do is to offer a sincere apology in order to rebuild trust and learn from what happened. The goal is to try to prevent it from happening again.

The more socially and emotionally intelligent you are, the more likely you are to not only apologize but to do it as effectively as possible. Someone who is emotionally competent and mature approaches situations with sincerity, openness, and a desire to make amends.

That being said, what happens in the case of narcissists? Studies like this one from Joost M. Leunissen and Constantine Sedikides from the University of Southampton make it perfectly clear. Narcissists don’t always feel guilty for the bad things they do.

That means that although they feel social pressure to make amends, when they do they feel internal conflict and even suffering. This is because they’re struggling with their own desires.

Masterson (1981) reminds us that narcissism is located on a continuum. On the lower end is what is considered “normal”. People at this end of the continuum have their self-esteem more or less under control. On the other end, we can find the pathology that defines narcissistic personality disorder.

People with narcissistic personality disorder need to build and protect an inflated self-image. That’s how they manage to protect their weak and fractured inner selves. More than anything, they want to project perfection and haughtiness.

What happens when a narcissist commits a crime? What happens, for example, when their partner calls out their lack of respect or selfishness? The truth is simple: the narcissist can’t take responsibility for anything. If they did, they’d be in conflict with the image of perfection that they’re trying so hard to uphold.

Narcissists want everyone to agree with them. They don’t want any contradictions.

Andrew P. Morrison is an expert in narcissistic personalities. In his introduction to Essential Papers on Narcissism, he argues that the main goal of narcissists is to find a “mirror” person. They want someone to agree with them all the time.

As you can imagine, this kind of dynamic can easily damage a romantic relationship.

We know that narcissists don’t apologize. This can lead to something even more complex and contradictory.

Without even realizing it, a narcissist can turn the tables as quickly as you can blink. Don’t forget that narcissists are skilled manipulators. As such, you might end up asking them for an apology.

What can you do about narcissists who won’t say sorry?

We should mention what we talked about at the beginning. There are many types of narcissists. On the higher end of the spectrum, we find narcissist psychopaths. These are people who seem to be perfectly functional and normal. However, they’re also really good at emotionally damaging others.

Many cases depend on the type of narcissism. Huge variations exist all along the spectrum. So don’t lose hope, there are many options out there. If you have a family member, partner, or friend with this trait, help them understand the impact of their actions and urge them to get help.

Psychology
Introverts Have the Most Interesting Minds

Psychology
Castration Anxiety, According to Psychoanalysis

Castration anxiety is one of the central concepts of psychoanalysis. It has a very strong link to the more well-known Oedipus…