My Daughter Has Alzheimer's Disease 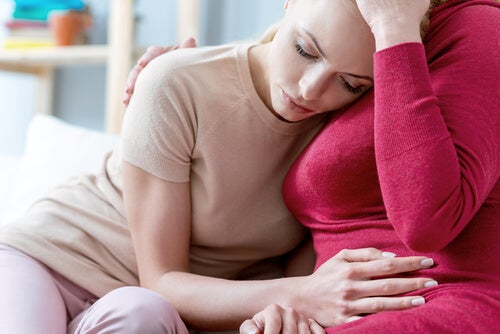 “Mom, I have Alzheimer’s, and I want to say goodbye to you because soon I won’t be able to.” That’s what Mari said to her mother after she discovered at only 48 years old, that she had the disease. Alzheimer’s disease has always been an illness associated with old age. But it is becoming more common in young people.

Alzheimer’s is a neurodegenerative disease that causes cognitive deterioration and a decline in certain brain functions. Its main consequence is memory loss that causes forgetfulness so bad as the disease progresses that they can’t recognize their own family. Who’s most susceptible to it? People over 65.

Alzheimer’s in young people tends to occur between the ages 40 to 60.

Years ago we always thought children would only have to deal with this disease if it affected their parents. But the roles have switched. Now a lot of parents have to care for their children with Alzheimer’s disease.

Jason was a young, lively, hardworking 36-year-old American. However, barely a year after he had to start writing notes on his hand to remember things, he couldn’t keep up with schedules. One day he even got lost on the way back to his house. And then during the winter of 2012, he was unable to put Christmas lights up on his house.

He was very confused. He started to doubt everything, so he decided to see a psychologist, who referred him to a neuropsychologist. After a lot of tests, the diagnosis was clear. Jason had Alzheimer’s at 36 years old. His life was short; he died in 2013.

Jason and Mari’s cases aren’t rare. Early-onset Alzheimer’s disease takes the lives of many young people who’ve just started a family. People who are only beginning to reach their goals.  The disease comes just as they’re looking into the future with eyes full of hope, dreaming about what they might experience.

But this disease starts with passing forgetfulness and “normal” memory problems. These could be warning signs of a disease with unclear causes.

Another important question about Alzheimer’s disease is its origin. There’s some controversy about what causes it, because not many people get it because of their genes or family history. However, it’s something to keep in mind. Alzheimer’s can also be tied to a traumatic event, whether physical or psychological, or type 2 diabetes.

“I don’t remember what I was looking for.” “I forget things quickly.” “When people ask me why I ask the same thing twice I feel embarrassed and lock myself in the bathroom to cry.” That’s how 54-year-old university professor Carmen García describes her experience with this disease.

The early warning signs can be very subtle. So much so that we may ignore them. But they deserve attention because they might be the beginnings of an early-onset version of the disease. What do we have to look out for?

Family support is fundamental, because a person with Alzheimer’s feels frustrated, confused, sad, helpless, and isolated.

A lot of parents feel overwhelmed when they find out their child has this disease. Every time they think about it, they can’t help but cry. Alzheimer’s is a very complicated disease, and it still has no cure. Before, only older generations had to go through it, but now the younger ones do too.

What Happens to My Brain When I Have Alzheimer’s?
Sad as it is to say, we are all used to hearing about different kinds of dementia, but we often do not receive clear explanations Read more »
Link copied!
Interesting Articles
Clinical Psychology
The Differences Between Cortical and Subcortical Dementia

Psychology
Love Means Wanting to Be Together

Clinical Psychology
Amitriptyline (Elavil): What Is It and What's It For?

Amitriptyline is a tricyclic antidepressant and painkiller. It was first discovered in 1960, and you're most likely to see it marketed…