Moral Disconnection and Forgiving Yourself

If you've behaved badly towards someone else and you want to make peace with it, forgiving yourself is key. There's no other way to accept your responsibility for your actions and repair the damage as much as possible. 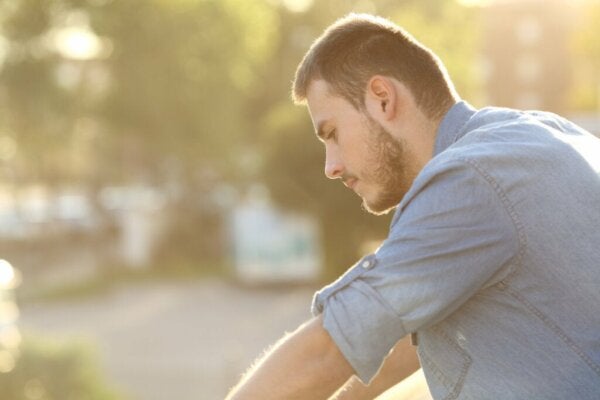 Forgiving yourself can be a complicated process. It’s a very relevant concept on both an individual and social level, especially in high-conflict zones or during a war. If you don’t forgive yourself, you create an almost impenetrable barrier to living a full emotional life and fulfilling your potential. However, this is easier said than done, due to a mechanism known as “moral disconnection”.

Moral disconnection is a kind of veil over your consciousness. It makes something you once considered immoral suddenly seem acceptable. It’s a kind of self-deception that can open the doors to atrocity, to a greater or lesser extend. Also, it makes it impossible to forgive yourself.

“Don’t we all deserve forgiveness? I hope we do; I believe we do. Forgiveness says as much about the character of the person bestowing it as the person receiving it. Learning to forgive may be the most difficult of human acts, and the closest thing to divinity.”

You aren’t born with a sense of morality or a set of ethical principles. You develop them over time, and they vary depending on the society you live in. As you grow, you acquire principles and standards of behavior that allow you to respond to situations guided by the values you’ve learned from your experiences. These principles function as a way to preserve collective and individual well-being.

However, these types of value systems and ethical principles aren’t permanent. Under certain circumstances, they can be suspended. For example, during times of war, taking someone else’s life is permitted, even though it’s considered wrong, sinful, and illegal under normal circumstances.

This break with the prevailing values system leads to moral disconnection. Using the war example again, killing or deceiving someone ceases to be morally wrong. In those particular circumstances, the previously held moral and ethical standards don’t apply.

The mechanisms of moral disconnection

Thus, why is moral disconnection related to self-forgiveness? For starters, it’s impossible to forgive something that hasn’t been recognized as a mistake or an immoral act. If you want to forgive yourself, you have to first stop justifying or minimizing what you’ve done. Otherwise, it’ll be impossible for you to do so.

This is important because, sooner or later, the aggressor will have to come back to the values system and ethical principles that they temporarily set aside. This is what happens when soldiers come home from a war, for example. When faced to confront their moral disconnection, a kind of emptiness opens up.

There are different ways to deal with that emptiness. Denying the facts or hiding your participation in the events or taking a cynical perspective of what happened. In addition, you can also feel an overwhelming sense of regret, which leads to self-flagellation and self-punishment.

Forgiveness allows you to move on

After some conflicts, moral disconnection can make it impossible to function normally. Here, the best thing for your mental health is to create conditions that facilitate self-forgiveness and allow you to make amends.

If you don’t do that, you’ll either become an impostor or be completely paralyzed by guilt. But neither solves the problem. Both paths make the situation worse and have a very high emotional cost.

Self-forgiveness begins when you take responsibility for your actions without making excuses. Once you do that, it’s time to repair the damage in some way, even if it’s only symbolic. Asking for forgiveness is another important part of healing. This process is the only way to make peace with the past and move on.

Forgive Yourself, Don’t Worry About Anything Else
Just because you made a mistake doesn't mean you have to hate yourself or blame yourself forever. What's done is done and you have to forgive yourself to move forward. Read more »

Psychology
I Didn't Come For You, I Came for My Ego: Getting Back Together

Why do some of our exes only come back into our lives when we're doing well? Some relationships are very off-again…

Insomnia is the inability and struggle to sleep. Tossing and turning in bed like a convicted prisoner, unable to sleep, is one of the most unpleasant experiences we could have.…