The Moral Brain: The Neuronal Basis for Ethics and Human Values

Neuroscientists have discovered the brain circuits that make up the moral brain. These mechanisms enable us to carry out altruistic and prosocial behavior that can often be observed even in very young children. 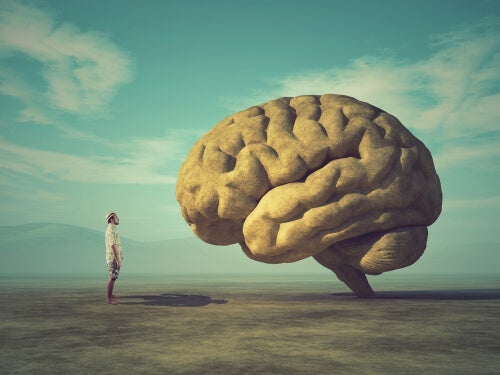 The motivation to help someone, have a minimal sense of what’s right and wrong, try not to harm others, and have a basic sense of justice and fairness. All of these ideas, and many others, would form part of a term that scientists are using quite frequently these days: the moral brain.

Moreover, scientists have already mapped out the brain circuits that allow us to make moral and ethical decisions.

Does this mean that our brain already comes “equipped”, to a greater or lesser degree, with a moral compass? This is an aspect that, until not long ago, was dealt with by philosophy. For various authors, ethical and moral principles had their origin in religion, education, and the influence of our social contexts.

However, other prominent figures, such as Scottish philosopher David Hume, put forward, in his time, that human emotions dictate our behavior. Charles Darwin, in his work The Descent of Man, also explained something as decisive as it is important. According to him, every animal endowed with social instincts has a minimal sense of moral conscience.

These people’s ideas formed the basis of moral psychology. In the last decade, experts have conducted a great deal of research. As a result, they’re saying that these facts are indeed true. Moral sensitivity, they claim, is the result of our evolution. Therefore, all the cognitive, emotional, and motivational mechanisms we have encourage us to carry out cooperative, prosocial, and altruistic actions.

All of this helps us to ensure our survival as a species. Although, as we well know, not all of us practice morality and ethics in the same way.

Frans de Waal, psychologist, primatologist, and ethologist, explained something very important in his book Primates and Philosophers: How Morality Evolved. He said that the foundations of moral behavior (as Darwin rightly pointed out) appear in every animal with social behavior. This we can see in apes and, therefore, also in our own ancestors.

Empirical research is also shedding light on the same area. Neurologist Alvaro Pascual Leone led a very interesting study. In it, he showed that the moral brain is based on a very complex neurological foundation. However, this is identifiable through magnetic resonances.

All this showed that moral sensitivity would, therefore, be innate in human beings, and as a result of our evolution.

Let’s look at an idea as illustrative as it is striking. Psychologist Paul Bloom conducted some detailed research which he recorded in his book Just Babies: The Origins of Good and Evil. In this work (essential for anyone who wants to delve deeper into the moral brain) we discover how babies show prosocial and altruistic behavior even in their first year of life.

Let’s delve deeper into this.

Morality is (almost always) a natural response in human beings

Of course, there are exceptions to this statement. The theory of the moral brain shows us that, indeed, there are cases where the idea that the sense of ethics, respect, and clear differentiation of good and evil is innate in every person, isn’t fulfilled. We know, for example, that there’s a psychopathic gene. We also know that certain frontotemporal dementias or injuries can make someone behave in an amoral way.

Likewise, these areas promote empathy and social behavior, help us understand our own and others’ threats, and allow us to analyze reality from a social, emotional, and moral standpoint. In addition, they also make it easier for us to control our instincts and think about the consequences of certain actions.

Oxytocin as a key to the moral brain

Patricia Churchland, a neurophilosophist, is the author of the book Braintrust: What Neuroscience Tells Us about Morality. This work is undoubtedly essential in order for us to understand much of this theory that’s finding increasing empirical support. Through her research, we’re understanding the relevance it has for many of the species with social behavior. We’re talking here about aspects such as cooperation, defending the weak, caring for children, and looking after the family, as well as many others.

Our brain has evolved to understand that exclusion, like aggression, isn’t appropriate behavior. They aren’t of any benefit to us. The vast majority of us come into the world knowing that violence and isolation aren’t good for us or others. And we know this because there’s an essential molecule that not only tells us so but also encourages us to practice positive social behavior.

We’re talking here about oxytocin. It’s the molecule that drives the moral brain as well. It’s the one that builds trust, attention, care, affection, and the importance of social bonds. Let’s reflect on this reality and understand that cooperation, respect, and altruism bring dignity to us as human beings.

They are, indeed, absolutely vital for the life of a human being.

How Social Morality Helps Normalize Violence
Social morality is the degree to which people conform to the precepts of socially established morals. In our daily lives, we conform to different rules that we deem appropriate to get along with others. Read more »
Link copied!
Interesting Articles
Brain
The Neurological Effects of Coronavirus: the Latest Discoveries