For a long time, Monsignor Arnulfo Romero has been known as "the saint of America". He was declared a martyr and was credited with the miracle of healing a woman named Cecilia Flores. 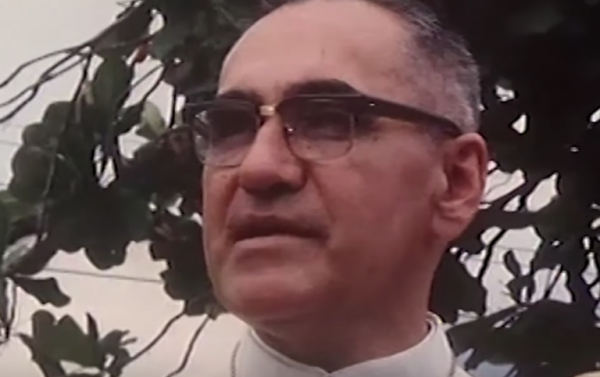 Monsignor Arnulfo Romero is the first Salvadorian and Central American to be declared a saint by the Catholic Church. He was also the first Catholic to be consecrated as a martyr after the Second Vatican Council. It’s not only Catholics who honor him, but also Anglicans, Lutherans, and even non-believers.

The British Parliament put forward Monsignor Arnulfo Romero’s name for the Nobel Peace Prize in 1979. However, the award that year went to Mother Teresa of Calcutta. The priest was canonized in 2018 by Pope Francis.

Monsignor Arnulfo Romero was a legend in his lifetime, and continues to be so after his death. He stood out for his goodness and courage. He strongly defended human rights and denounced those who abused them, naming them directly from the pulpit. His murder, in the middle of a Sunday mass, is considered to have been one of the triggers of the cruelest phases of the Civil War in El Salvador.

Monsignor Arnulfo Romero was born in Ciudad Barrios, Department of San Miguel, in El Salvador, on August 15, 1917. He came from a very humble family; his father was a telegrapher and his mother a domestic worker. His childhood friends state that his religious devotion began when he was very young; he always began the day by entering the chapel to pray for his family.

When he finished primary school, he became a carpenter and a musician. When he was only 13 years old, he spoke to a priest and expressed his interest in entering the seminary. His family’s low income was an obstacle, but thanks to the collaboration of the Claretian community, he was soon able to make his dream come true.

Although it wasn’t easy to continue in the seminary, due to his family’s poverty, he stood out for his commitment and intelligence. As a result, he was selected to travel to Rome and continue his studies there. In Italy, his teacher was the man who would later become Pope Paul VI.

A life full of ups and downs

There’s a little-known episode in the life of Monsignor Arnulfo Romero, which took place during the trip back to his homeland. He left Spain on a ship called the Marqués de Comillas. It was 1943, and Europe was in the midst of World War II.

When the ship stopped in Cuba, he was arrested and taken to a “concentration camp”. People didn’t trust him, as he came from Mussolini’s Italy and Franco’s Spain. He remained in captivity for 127 days, until they were sure that he wasn’t a spy for the German Axis.

In 1944, he finally returned to El Salvador, after a stay in Mexico. Back in his homeland, he devoted himself with fervor to work for the most vulnerable people. He also embarked on a successful ecclesiastical career, in which he became Archbishop of San Salvador on February 3, 1977. By that time, his country was already experiencing great internal political tension.

A martyr for Latin America

Many think that Monsignor Arnulfo Romero was conservative when it came to religion. However, he was also a truly committed Catholic, who didn’t remain silent in the face of the injustices that were being committed in his country. That’s why he turned his pulpit into a platform for denouncing human rights violations.

During that time, many religious people in El Salvador were murdered, and almost always for the same reason: when they took the side of the poor. The murders were never punished but Romero, from his church, denounced again and again what was happening. He had an audience with Pope Paul VI to denounce the situation and received the support of the Supreme Pontiff.

However, some years later, he went to speak to the new Pope, John Paul II, who refused to listen to him. In the Vatican, the word was that Romero was a revolutionary priest and his presence wasn’t welcome. In fact, the Pope even questioned his claims.

After that episode, Monsignor Romero returned to El Salvador completely dejected. On March 24, 1980, while he was giving Mass in his parish, several armed men shot him dead.

The event shocked the country and is considered the beginning of a Civil War that left more than 75,000 dead and approximately 7,000 missing. Today, Monsignor Arnulfo Romero remains one of the great legends of Latin America.