Mindfulness for the Unemployed

Discover how mindfulness can help the unemployed in this article. 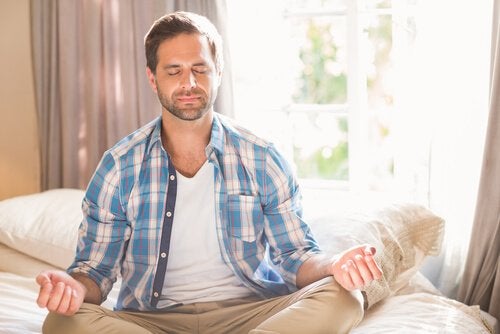 There have been high unemployment levels for almost a decade. This has made unemployed people feel vulnerable and helpless. As a consequence, the likelihood of them suffering from mental health issues has increased significantly. Mindfulness for the unemployed is a great tool to fight this.

Among other things, mindfulness is an effective way to fight the discouragement that accompanies unemployment. In fact, unemployed people tend to feel so disheartened that they can’t find a way out of their situation. Some of the problems that mindfulness for the unemployed tries to ease are:

As a consequence of all these setbacks, and taking unemployed people’s current life situations into account, several options have emerged to help them improve their quality of life.

Mindfulness for the unemployed

One of the first and most difficult options for unemployed people is to leave their countries with the purpose of finding work and thus improve their wellbeing, economic and social security, and self-realization.

Now, transitioning from unemployment and leaving one’s comfort zone and social environment to settle in a completely different place isn’t easy. In fact, it’s quite difficult and exhausting. Looking for a job away from home might be a good thing because it can open many doors to success and financial stability. However, it’s also important to keep in mind that leaving your environment may compromise your emotional stability for a while.

To do well in a new job, we need to be doing well ourselves. In order to ensure an adequate emotional balance, we must train ourselves to slowly but surely become stronger in the face of adaptation issues and lack of support and affection. Not doing so will most likely affect our work performance.

“If you don’t like something, change it. If you can’t change it, change your attitude.”

On the other hand, there are many unemployed people who can’t afford to emigrate to improve their life. These people are often in precarious situations. As a result, they submerge themselves in feelings of despair, uncertainty, and frustration, emotions that can easily lead to mental imbalance. Therefore, these people need to learn strategies that favor a new outlook on life from an interpersonal approach.

People tend to define and project themselves and their future through their work. They see their career as a tool that’ll help them get to the pinnacle of success. In a way, work is a sign of identity because it provides us with social status and feelings of usefulness. It allows us to satisfy our basic needs and other things we dream of.

On the contrary, unemployment tends to lead to social isolation and feelings of insecurity and self-hatred. These emotions undermine and destroy self-esteem and can lead to disorders as dangerous as depression or anxiety. Also, and apart from these mental disorders, said negative emotions can affect someone so much that they live in a constant state of tension.

What is mindfulness for the unemployed good for?

Mindfulness for the unemployed can be used to fight everything we mentioned above. This technique favors emotional balance, mental health, and motivation, three pillars that unemployed people tend to lose along the way.

“Each day, I come in with a positive attitude, trying to get better”.

The Rock on the Road passage

“In a distant kingdom, a king placed a large rock in the middle of the main road to the kingdom, blocking the way. Then, he hid to see if someone removed it.

The wealthiest merchants in the kingdom simply went around the rock as they passed. Many of them stayed in front of the rock for a while, complaining. They also blamed the king for not keeping the roads clear. However, none of them did anything to remove the roadblock.

Then, a peasant who was carrying a load of vegetables passed by. He dropped the vegetables on the ground and carefully observed the rock. He tried to move the rock by pushing and poking it with a wooden log that he found on the side of the road. After pushing it for a long time, he finally managed to push it away.

While he was picking his vegetables up from the ground, he found a bag just where the rock had been. The bag contained a huge amount of gold coins and a note from the king that indicated that this was the reward for the person who cleared the path.

The peasant learned something very important that day: each obstacle is an opportunity to improve one’s condition.”

Psychological Effects of Unemployment
Unemployment has a much uglier face than the one that's usually shown: the invisibility and stigma experienced by those who suffer from it. Read more »
Link copied!
Interesting Articles
Psychology
Anxiety and Its Questions

Psychology
Keys to Encourage a Love of Reading in Children

Conveying the value of reading to children is a gift. It is a tribute to their life and universal culture. It…

You might think you know what mind control looks like, but it's not always how it's portrayed in movies. Have you ever felt that you were being exploited at work?…