Although the causes of migraine aren't well known, the influence of certain risk factors that support the onset of this type of crisis is well known. 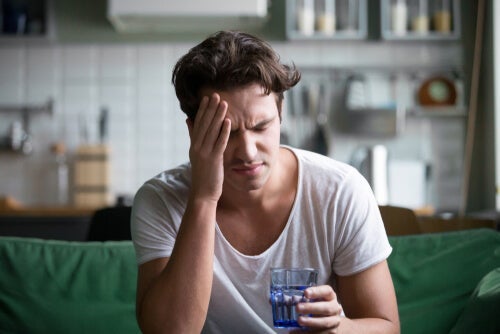 Migraine is the most frequent type of headache and a major cause of disability in our society. This is why it’s important to study migraine pharmacological therapy for acute and preventive crises.

Migraine is a recurring and intense headache, usually located on the side of your head, which manifests as a crisis. It usually manifests with nausea and vomiting, as well as hypersensitivity to light and sound.

There are a few types of migraines:

Although the causes of migraine aren’t well known yet, we do know the influence of certain risk factors that promote the onset of this type of crisis. Among them:

Regarding migraine pharmacological therapy, there are two large groups of drugs:

Migraine treatments aim to eliminate pain and the symptoms associated with it. There are three groups of drugs used for this purpose:

When migraine attacks don’t respond adequately to medication, or if they happen so frequently they alter the quality of life of a person, then they can resort to preventive treatments to reduce their intensity, frequency, and duration.

Some drugs used for prophylactic migraines are:

Currently, there are new drugs of demonstrated potency and few adverse effects. Some of them act in the peptide pathways related to the calcitonin gene. In fact, they’re monoclonal antibodies. Also, there are other drugs in clinical studies waiting for approval in the near future.

For the proper treatment of migraine, you should combine the appropriate drugs with other non-pharmacological measures. Just like it’s important to have a good treatment for the acute crisis, it’s also important to consider a preventive treatment that helps you reduce the frequency and intensity of your crises.

According to the American Neurological Association, more than 40% of people afflicted by migraines are undiagnosed. Thus, consult a doctor if you have frequent headaches.