Methylphenidate is a central nervous system stimulant and the most prescribed drug in the treatment of attention-deficit/ hyperactivity disorder (ADHD). 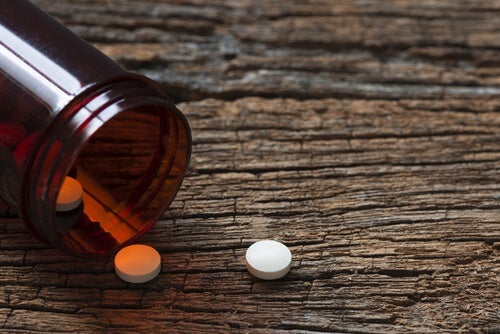 Stimulants such as methylphenidate activate the monitoring level of the central nervous system. They’re currently the most prescribed treatment for the symptoms of disorders such as ADHD and narcolepsy.

Methylphenidate is a mild central nervous system stimulator, a psychotropic drug. Thus, its mechanism of action works mainly on mental and behavioral activity and less on motor activity.

The drug was officially approved in 1980 and it’s become one of the most studied and prescribed drugs, both for children and adults. Furthermore, pharmaceutical companies market it as Ritalin and Concerta, among other names.

According to its structure, it’s a derivative of piperidine and related to amphetamine. The available formulations are a racemic mixture of two isomers:

“Enthusiasms, like stimulants, are often affected by people with small mental ballast.”

What’s it used for?

Methylphenidate is part of a comprehensive treatment program for ADHD. It’s often prescribed to children six and up, as well as to teenagers and adults, when other measures are ineffective or insufficient.

It’s important to make a proper diagnosis of the disease before beginning treatment. This must be done following the criteria of the Diagnostic and Statistical Manual of Mental Disorders (DSM-5) and also the guidelines for clinical practice.

Methylphenidate is sometimes misused to improve intellectual performance. Its stimulating ability can increase concentration, memory, and motivation. People seldom take the side effects and risks of this drug into account.

The excessive intake of this type of medication can lead to dependency and serious side effects. Actually, people shouldn’t use it without a medical prescription and under professional supervision.

Currently, doctors also prescribe methylphenidate as part of the treatment of narcolepsy. This is a sleep disorder that causes excessive daytime sleepiness and sudden sleep episodes.

ADHD is one of the most common psychiatric disorders doctors diagnose children with. There’s a lot of controversy regarding its existence as a clinical entity. Its main characteristics are:

It isn’t exclusively a pediatric disorder and also afflicts adults. ADHD could affect up to 10 percent of the general population according to official sources.

The treatment of ADHD involves a comprehensive psychological, educational, and social program supplemented with pharmacotherapy if necessary.

Although you may not know it, methylphenidate is the most frequently prescribed pharmacological treatment for this disorder. In fact, some studies indicate that 70 percent of patients respond to it.

The mechanism of action of methylphenidate

This mechanism isn’t clear. However, researchers believe it amplifies neurotransmission by acting on two main points:

Unlike amphetamines, it doesn’t increase the release of these monoamines and only blocks their reuptake. This is because its mechanism is similar to that of cocaine.

Thus, the alertness level of the central nervous system increases and leads to the desired effects. Thus, there’s an improvement in sustained attention and an increase in attentiveness. It also facilitates concentration and decreases motor impulses.

Possible side effects of methylphenidate

The most common side effects of methylphenidate are:

Other adverse reactions that can also arise could be:

Initially, doctors recommend starting treatment with low doses of this drug. A patient may increase it according to its effectiveness, tolerance, and side effects.

Control is important for the treatment and it must adapt to the individual circumstances of a given patient. This is because it’s long-lasting. Thus, a young patient may have to take it all the way up to adolescence and even adulthood.

Also, it’s important to notify the doctor of any adverse reactions you detect during treatment with methylphenidate. This is because it allows them to update the benefit/risk balance of the pharmacological intervention and also forecast its long-term effectiveness.

Psycho-Stimulants: Medicine for Annoying Children
Nowadays, it might be disturbing for a child to start playing in a puddle. Any childish behavior favors the mass diagnosing of annoying children. Read more »
Link copied!
Interesting Articles
Psychopharmacology
Haloperidol: What Is it and What Is it Used For?