What would it be like to live with a mental illness? Some really interesting TV shows might provide a few answers. In this article, we talk about three of them. 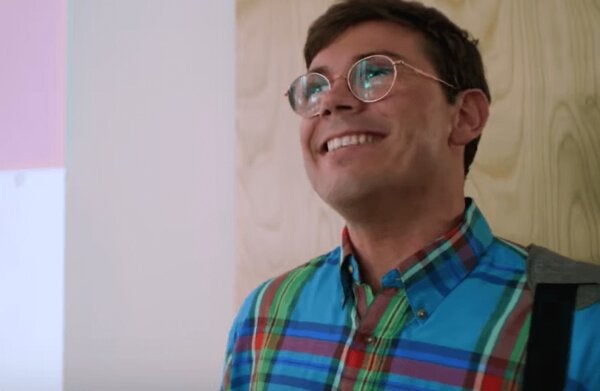 As TV series are becoming increasingly popular, directors and screenwriters are now trying to include characters who reflect real life. For this reason, it’s quite easy to find series and characters that tend to normalize psychological disorders. In this article, we talk about TV series about mental illnesses. We also talk about how they’re addressed in these shows.

However, you should remember that these shows are fictional. Furthermore, they sometimes represent rather stereotyped or modified characteristics in order to tie in with the show’s storyline.

Robia Rashid created and wrote this Netflix series. It introduces you to the life of an 18-year-old with autism spectrum disorder (ASD). This extremely complex illness causes many symptoms, which usually start in early childhood. In general, people with ASD manifest:

People with ASD suffer many difficulties in their daily life. This is particularly evident in low-functioning cases. ASD is generally linked to a significant degree of disability. Furthermore, contrary to what you might see in movies, approximately 60 percent of people with ASD possess below-average intellectual abilities.

“Atypical” is the name given to the kind of brain people with ASD possess. The brains of people without ASD are called neurotypical. Sam Gardner, the main character, is a high-functioning ASD sufferer. In the series, you see how Sam gets on in high school and how he wants a life more like that of his peers. As he searches for his own independence, the TV series shows how his parents and sister manage the conflicts that arise in their own and Sam’s lives.

This Netflix production is based on the life of writer Ryan O’Connell, a young man with cerebral palsy. This illness is caused by irreversible brain damage that occurs before the brain has fully developed. Therefore, it’s a permanent injury that can cause many symptoms.

The symptoms of cerebral palsy include motor disturbances that affect the sufferer’s posture and/or movement. In addition, these might be accompanied by some sensory and intellectual disturbances. These vary in severity. In fact, the severity of the disorder depends on the intensity and timing of the injury. Such variability means that there’s a very broad spectrum to this disorder. Some people’s paralysis is virtually imperceptible. However, others need help in managing the most basic of everyday tasks.

Ryan Kayes is an endearing character who shows you what life is like for a person with a disability. In addition, he’s gay. Throughout the series, Ryan decides to put an end to his mother’s over-protectiveness. In fact, he starts to lead an independent life like everyone else.

This series isn’t just funny. It also shows you the rejection Ryan faces from society. However, you also see how he manages to make exceptional friends. He even sets goals and manages to achieve them.

Lady Dynamite is also available on Netflix. It’s a semi-autobiographical story about the life of Maria Bamford. She’s a comedian with bipolar II disorder. Bipolar disorder is characterized by extreme mood swings. It causes phases of mania or hypomania, as well as extremely low moods.

Mania (hypomania on a lesser level) is a phase during which the sufferer feels extremely elated. They might feel overly optimistic or nervous, have increased energy, and exhibit excessive self-confidence. Furthermore, they don’t need much sleep, are unusually talkative, and make impulsive decisions.

However, in the depressive phase, they feel sad, hopeless, disinterested, and take no pleasure in doing anything. They also feel lethargic and listless.

There are four types of bipolar disorder:

This show is a full-length comedy. In this kind of format, it’s quite difficult to show all the ups and downs of someone who suffers from a mental illness. Through flashbacks, you see moments when Maria first began in the comedy industry, when she went into rehab, and her return to normal life.

You see all the ups and downs of Maria’s life. Her hospitalization, her depressive episodes, and various situations throughout this period of her life.

The key to the success of shows on mental illnesses

The one thing that these three shows have in common is the comedic yet respectful tone in which they were created.

These projects help normalize the mental disorders that affect a large part of the population. Firstly, you see all the obstacles the sufferers of these disorders have to overcome. Secondly, they show you the difficulties their families experience. Finally, you see how society itself perceives and treats people with mental illnesses.

5 Addicting TV Shows with Psychological Themes
If you're a fan of intriguing plots and  interested in the world of psychology, then the following five TV shows should be next on your list. Read more »
Link copied!
Interesting Articles
Cinema, Television, and Psychology
Russian Doll: Nihilism, Satire, and the Contemporary Society