The word "disability" and our perspective on it have changed a lot over time. Today, we're going to delve deeper into just how much things have changed. 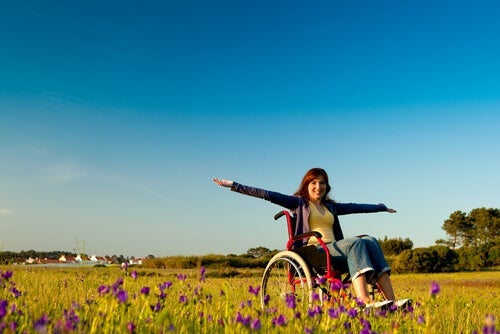 Although the terms we’re going to use in this article are part of our daily lives, for the most part, people don’t use them properly or accurately. This is because the concept of disability has changed over time and society seems to be on a positive path towards inclusion.

Social advances have helped to create more context and visibility for functionally diverse people. With that in mind, we decided to talk about the evolution of the concept of disability.

Disability isn’t a fixed idea. It’s ever-changing and dependent on a person’s functional limitations and the support they get from outside sources.

It also has to do with the way a person can interact with their environment. We can reduce functional limitations for people with various disabilities through adaptive behavior (Badía, 2014).

“Disability is a matter of perception. If you can do just one thing well, you’re needed by someone.”

The evolution of the term “disability”

To understand how we’re moving toward disability inclusion, you have to know more about its history. Thus, we’re going to look at the differences between the World Health Organization’s disability classification systems. We also wanted to take a moment to talk about the origins of the concept of “functional diversity”.

In the 1980s, the WHO created the International Classification of Impairments, Disabilities, and Handicaps (ICDIH). They considered disability a disease that consisted of three different levels:

In 2001, the model became the International Classification of Functioning, Disability, and Health.

In 2005, the concept of “functional diversity” was born. It was promoted by the Assisted Living Forum. As Rodríguez and Ferreira (2010) stated, the goal of this concept was to move past the negative terminology that people traditionally used.

However, some people, including the Spanish organization CERMI, have rejected the term “functional diversity” in favor of other concepts. Rather than saying things such as “disabled people”, they say it’s better to use terms such as “people with disabilities“.

According to CERMI, the vast majority of people with disabilities and people in that social movement have rejected the term “functional diversity”. They say that they don’t feel identified with a term that has no widespread social acceptance.

From disability exclusion to inclusion

There are several different things worth talking about within the realm of inclusion, exclusion, and disability/functional diversity. Here are a few of them:

This movement is about people’s right to self-determination and participation. According to CILSA, this model is based on the idea that our society needs to give equal opportunities to all people.

In other words, it’s society’s responsibility to make sure that people can live and develop with the same opportunities as everyone else. If a society doesn’t put up barriers and promotes interaction between various environments, development and equality should be easily achievable.

This model is about considering people with special needs or different capabilities as our equals. Nowadays, we “accept” people, but still see them as different. Although they may be a part of our society, they have to adapt to the conditions around them. This means society isn’t fully inclusive.

This perspective considers people with disabilities as people who need special care or living environments. It’s a model that involves discriminating against people and taking away some of their basic rights. In this case, they aren’t even a part of society. They exist outside it in a marginalized space.

This is the model that considers some people as normal and other people abnormal. Thus, people with disabilities are obviously marginalized from society. There’s no possibility for them to be a part of it.

Thanks to social advances in recent years, we’re moving closer and closer to true disability inclusion. Never forget how important a good education is when it comes to understanding that each and every one of us has the same rights. At the end of the day, we’re all people and we all deserve to be happy and fulfilled.

Functional Diversity: a New Perspective on Disability
The concept of functional diversity breaks the idea that people with disabilities have an incapacitating disorder. Read more »