Hypomania: Symptoms and its Relationship with Bipolar Disorder

An individual with hypomania never rests. There's always something to do and something to think about. Their inner world is on overdrive and their emotions swing wildly between absolute euphoria and irritability. Keep reading to learn more. 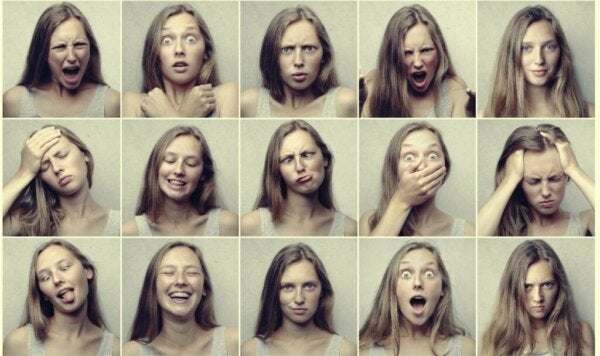 Euphoria, hyperactivity, boundless energy, being unable to sleep or rest because your mind is racing, hyper empathy, talking too much… Hypomania is an important characteristic of a very specific type of bipolar disorder. It isn’t always easy to diagnose, however, because people with this condition are often fully functional and don’t necessarily call attention to themselves.

Sometimes, decades pass before people get a proper diagnosis and can put a name to this thing that has made them feel different for so long. For people with hypomania, their world clips by at a much faster pace. There’s barely any time or space for physical and mental rest. Emotions are intense, jumbled, and often disturbing. Many people who struggle with this disorder end up hating themselves because of it.

Fortunately, today, health professionals are much better at recognizing and diagnosing hypomania as part of type II bipolar disorder. If it isn’t properly identified or if it’s confused with hyperactivity or depression, however, the consequences can be serious.

Let’s learn a little bit more about this condition.

What’s hypomania? What are the symptoms?

Everyone experiences mood changes, there’s no doubt about that. One day you feel energetic and positive, the next your world is dreary and hopeless. Where’s the line, then? How can you differentiate between what’s normal and what requires special treatment?

The difference lies in the impact your emotional state and your behavior have on your life. It gets complicated because we often “normalize” situations and behaviors that are actually pathological. People also tend to associate certain behavior with different personality types and believe that, if someone is acting a certain way, it’s because of their character.

These dynamics are common in people with hypomania. Here’s an example. Let’s say your brother, best friend, or partner never takes a break from work or goes running at night instead of sleeping. It’s easy to tell yourself “They’ve always been hyperactive” and just write it off. What this behavior is actually pointing to, however, could be a psychological disorder. Let’s learn more.

It’s a state characterized by an effusive and energetic mood, intense emotions, extroversion, and creativity. Hyper empathy is also common, that ability to connect with other people’s emotions and adopt them as your own.

Now, something that you might be wondering about is the prefix “hypo”- This nuance is important and it’s there to differentiate this condition from classic “mania”. In these cases, hypomanic behavior is less extreme than someone who’s having a manic episode. In other words, hypomania doesn’t lead to psychotic breaks and the individual’s behavior tends to be functional.

Likewise, it’s important to highlight the fact that hypomania tends to be a characteristic phase of type II bipolar disorder.

As we mentioned above, people with hypomania are often fully functional. What does that mean, exactly? It means that hypomanic men and women can’t only do well at their jobs but they’re often highly creative and work long hours.

Here are some of the symptoms:

The importance of a correct diagnosis

As we mentioned above, hypomania is a phase of type II bipolar disorder. Nevertheless, it isn’t easy to diagnose. When a hypomanic person seeks help, it isn’t usually due to their hyperactivity or euphoria. More often they decide to look for help when they’ve fallen into a depression.

Consequently, hypomanic patients often receive treatment that focuses only on depression. Because of that, specialists recommend mental health professionals to be on the lookout for possible signs of hypomania in anyone that comes to them with depression.

What’s more, studies such as the one conducted at the psychiatric unit at the Puerta de Hierro Hospital in Madrid recommend the use of appropriate tools to facilitate early detection of hypomania.

The DSM-5 (the Diagnostic and Statistical Manual of Mental Disorders) specifies the following diagnostic criteria:

Hypomania isn’t a disorder in and of itself. Instead, as we mentioned above, it’s a manifestation of type II bipolar disorder. Also, it’s interesting to note that it’s one of the psychiatric conditions that has the most resources available for treatment.

The most important thing in all cases is to get a proper diagnosis.

Bipolar Disorder in Children
Does your child often show extreme changes in behavior? If this type of behavior occurs daily, bipolar disorder in children may be something to consider. Read more »
Link copied!
Interesting Articles
Clinical Psychology
Reducing Stress Is Key to Quality of Life