When Maya Angelou was a child, stopped talking after she was raped. She became a sort of bird caged in her own silence. One day, the "bird" began to sing and spread her wings and was unstoppable from that moment on. 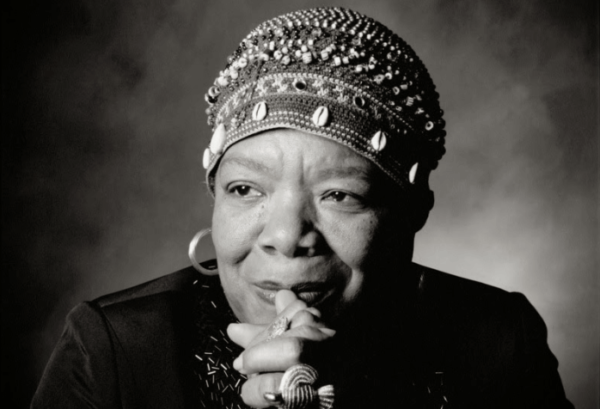 Today’s article is a small tribute to Maya Angelou, a wonderful person and writer. She reshaped the pain of her childhood trauma and expressed it as beautifully written reflections. Her work as a poet and activist made a huge impact on society.

She was raped as a child and spent the next few years of her childhood as a mute; she basically stopped talking.

Some of her biographers claim she didn’t utter a word for six years. This was how she developed the wonderful voice she later displayed in her poems.

Nobody can tell what took place in Angelou’s life between the age of seven, when she was raped, and 14, when she began to speak again. What the world does know is that what she did afterward has touched millions of people around the world.

Her book of memoirs, I Know Why the Caged Bird Sings, was an international literary success, as were her collections of poetry and essays.

“The caged bird sings. with a fearful trill. of things unknown. but longed for still. and his tune is heard. on the distant hill. for the caged bird. sings of freedom.”

Marguerite Annie Johnson was born on April 4, 1928, in St. Louis, Missouri. She grew up in Arkansas, with her paternal grandmother, after her parents separated. Her grandmother was a highly influential figure in Angelou’s life. She had a small store that not only supported the family but made them better off than most families in the area.

Tragedy struck on one of the visits Maya and her siblings made to her mother. Her grandmother’s boyfriend raped her. The little girl told one of her brothers. Then, she testified in the man’s trial. The rapist escaped from prison but was soon killed by a relative of Maya’s.

At that time, the girl stopped talking. Later, she confessed she felt guilty for the man’s death. She thought she had killed him with her voice because she told on him. Maya developed a deep love for poetry and books during the period she remained in silence.

She stayed silent until the day her grandmother told her she would never fully enjoy poetry until she heard it recited by her own voice. Thus, the girl began to speak again after six years of silence.

Maya had her first love encounter at the age of 16 but it wasn’t that serious. Still, she became pregnant as a consequence and her child was born when she was 17. She held many unskilled low-paying jobs, which helped her to raise her son during that time.

In 1951, Maya married a musician of Greek origin, Tosh Angelos. She then personalized her married name to Maya Angelou. The marriage lasted a few years, and after they separated, Maya Angelou worked as a dancer and singer. She toured half of Europe with an opera production.

In 1959, she considered delving into writing and, a year later, she heard a Martin Luther King Jr. speech for the first time. He deeply impressed her, to say the least. As a result, she organized a fundraiser for the African-American cause and got to know him better.

A year later, she met a South African activist and they started a relationship. The couple moved to Cairo, where Angelou began working as an editor at a major English-language newspaper.

However, sometime later, her relationship ended and she moved to Accra with her son. There, she continued to work as an editor at a newspaper, and also as an actress and radio announcer. She remained in Ghana until 1965 and then decided to return to the USA to help her friend Malcolm X.

Shortly thereafter, someone murdered Martin Luther King Jr. In fact, they killed him on one of Angelou’s birthday. Thus, she refused to celebrate it for the next forty years. Maya Angelou wrote her first biography, I Know Why the Caged Bird Sings the same year of King’s assassination. It opened up an important niche for her in the literary world and launched her into global stardom.

Since then, and for the rest of her life, Maya Angelou was a part of all sorts of professional activities. She worked on television and movies and continued writing. She died on May 28, 2014, still active and while writing a new book.

Her literary work speaks of the strength to overcome and the importance of moving forward despite the obstacles that life presents. Maya Angelou was an example of resilience and love for life.

The transcendence and depth of her poems have been widely studied. Everything was seemingly against her but her fight against discrimination for being an African-American was remarkable.

Maya dedicated a whole life to this struggle, overcoming, and jumping over obstacles. She recovered her voice in an absolutely necessary moment. She never forgot her past, nor her origin, but she decided to face a world that didn’t want to listen to her in order to leave her immortal verses.

Faith Ringgold: A Woman Who Embraced Her Destiny
Faith Ringgold used her talent to spread her experiences and expose racism in American society. Discover how she did it in today's article. Read more »
Link copied!
Interesting Articles
Biographies
Philip Zimbardo, Author of The Lucifer Effect