Calculated Silence: A Form of Manipulation 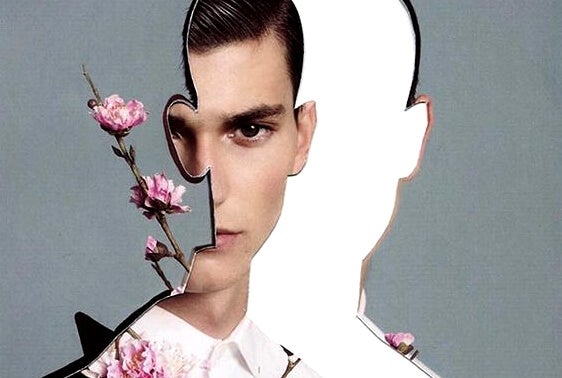 Calculated silence sometimes is a form of passive aggression. It’s defined as a measured way of using communication in which silence plays a vital role.

Its objective is to control and weaken the other person or their position. People don’t just manipulate with words but also with silence. The latter tactic is extremely toxic because it wears a mask.

We call it calculated silence because it’s not final, like when someone ignores you or stops talking to you. This kind of manipulation combines agreement and disagreement, expression and a lack of it. It’s all carried out in a seemingly arbitrary way.

It’s the manipulator who determines the rhythm of communication for their own purposes. The other person is nothing but a tool.

“Sometimes silence is the worst kind of lie.”

Because silence itself is a very ambiguous form of expression. What normally happens is that the victim starts to feel very confused or anxious. They don’t know what to think and spend a lot of time and emotional energy guessing what each silence means. They feel insecure and doubt every step they take.

A lot of times they end up thinking they’re the problem. Basically, they don’t know how to interpret the silences and end up putting way too much importance on them.

Calculated silence comes in many shapes and sizes. One very common type begins when the manipulator wants you to talk about everything first. It’s not politeness. They’ll let you talk just to sound you out. They get information about you and study you.

Be careful though. Just because someone has stopped talking first doesn’t mean they’re manipulating you. The behavior has to be frequent or constant. It has to be on purpose and one-sided. The person won’t talk much about themselves or they’ll do it evasively.

Another form calculated silence is when someone breaks off communication all of a sudden and then picks it back up again out of nowhere. They stop answering phone calls or messages with no explanation.

But later on they show up like nothing’s happened. And if you ask them why they were being distant, they’ll tell you nothing’s wrong. You’re just seeing it the wrong way.

And then there’s a kind of calculated silence where a certain kind of censorship is imposed on certain topics, with no explanation. When you try to bring it up, the other person will avoid the issue and be vague.

Of course, this applies to issues that are important to both people. The problem here isn’t that one of them doesn’t want to talk about something in particular. The problem is that it’s systematic and they’re giving no explanations for it, knowing that this attitude will affect the other person.

Finally, a very common form of calculated silence is keeping something quiet because, of course, not knowing is better for the other person. This applies to issues that are of direct significance to the person who is having information hidden from them. Some people call it “playing hard to get.” But that’s completely incorrect here.

Words are Powerful and so Is Silence

What distinguishes a manipulative silence from a spontaneous silence is the intention. Anyone who uses the strategy of hiding under an absence of words does so with the goal of controlling the other person.

They know it creates discomfort and projects insecurity. And that’s exactly what they want. When they hide behind silence they leave the other person without any tools to reciprocate.

We shouldn’t confuse manipulative silence with shyness. Not everyone has the ability to communicate spontaneously. There are people who need time to express what they think and feel. They don’t talk because they’re shy, insecure, or lack confidence. But their goal isn’t to control other people. It’s to protect themselves.

Calculated silence is distinguished by the effect it has on the other person. It alternates with seemingly “normal” communication. The lack of words gives people the sense something’s being hidden.

Because it’s subtle, it’s a hard thing to confront. There’s a fear they’ll accuse us of being paranoid or making things up. But, subtle as it may be, it does a lot of damage in a relationship.

This kind of silence can end up being completely aggressive, especially because it makes communication muddy. Misunderstandings and wild guesses become the norm. And abuse like that is hard to uncover, except by its effects. If a person can’t stop this toxic behavior subtly, the only option is a direct, explicit rejection of it, and getting some space.

7 Ways to Identify a Master Manipulator
Manipulation fits right in with today's world. People use power, media, and interpersonal relationships to manipulate others. Read more »
Link copied!
Interesting Articles
Psychology
Mowrer's Two-Factor Theory: This is How Your Fears Work

Despite the fact that Mowrer's two-factor theory was enunciated in 1939, it remains one of the most interesting models for…

People who crave love often do so because they grew up without affection or emotional intimacy. We're talking about people who need…

Who has not at some time succumbed to the bitter sweetness and the attraction of impossible love? The first thing…

Who isn't familiar with the fear of rejection? This fear is probably with most of us every day, but we aren't even…

Today I sat in front of the mirror to talk with my reflection, to accept that I'm not perfect, to…

Language is a fundamental part of understanding life and communicating with the world. It will have an effect on your emotions…