It's interesting how Marvin Harris managed to explain cultural phenomena. One based on the economic realities of the various societies. His theories propose that beliefs are a result of the productive needs of each community. 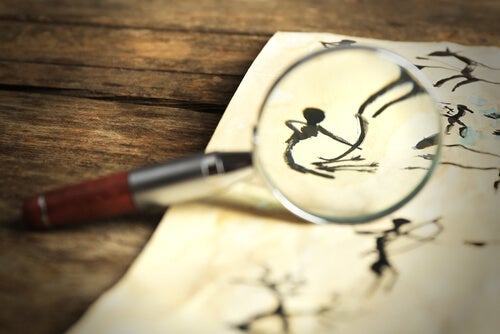 Marvin Harris is one of the most innovative figures in contemporary anthropology. This American researcher and academic is the main exponent of “cultural materialism”. This is a modality of neo-Marxism that approaches material conditions as the determining factor in people’s way of being and their future.

For Marvin Harris, the material conditions of societies determine the socio-cultural way of thinking and customs of the various human cultures. Such material conditions include the modes and means of production, the forms of distribution, exchange, etc.

Marvin Harris’s perspectives and postulations have been very controversial, but not for that reason do they lack solidity. His way of approaching anthropology has political consequences and most of the discussions that revolve around them derive from this. However it may be, no one doubts the relevance of his contributions in the anthropological field.

Marvin Harris was born on August 18, 1927, in New York. He died on October 25, 2001, in Gainesville, Florida, at the age of 74. In 1948, he earned a Bachelor of Arts degree from Columbia College. He then studied anthropology at Columbia University, the same institution where he later worked as a teacher for 27 years.

In his initial stage of training, he was a student of some of the great intellectuals of the time, such as Julian Steward and Alfred Kroeber. He also received lessons from Skinner’s students, an aspect that was decisive in his conception of experimental work in anthropology. In 19530, he earned a doctorate from Columbia University. His dissertation was on various communities in Brazil.

Marvin Harris conducted several studies in Brazil between 1950 and 1951. In 1953 and 1954, he was a research adviser to the National Institute of Pedagogical Studies in Rio de Janeiro. Later, he moved to Mozambique, where he conducted several field investigations about the Thonga community. That period significantly changed his perspective about anthropology and led him to opt for cultural materialism.

He conducted new field studies in 1960, this time in the Chimborazo region of Ecuador. Later, he conducted research in Bahia, Brazil, between 1962 and 1965. His last great adventure as a field anthropologist took place in India, in 1976, when he conducted studies on the use of protein resources, under the patronage of the National Patient Safety Foundation.

As we noted earlier, Harris was the founder and chief representative of the stream of cultural materialism in anthropology. Some of Marvin Harris’s contributions are Cannibals and Kings, Good to Eat, and Cows, Pigs, Wars, and Witches. He was an excellent disseminator of anthropological theories and, for this reason, he achieved great popularity throughout the world.

His perspective is based on the idea that anthropological research should focus primarily on the study of the material living conditions of various societies. Thanks to that approach and his hard work, he reached several interesting conclusions, particularly regarding war and food taboos.

According to Harris, cows became sacred in India for reasons strictly associated with production. In ancient times, society depended on them to pull plows. This is because agriculture was the foundation of the economy. This is why the consumption of their meat was banned and they became “sacred” animals. Thus, current beliefs and religion itself flow from these material facts. This is just one part of his studies.

Marvin Harris defended the idea that material costs and benefits are what ultimately gave rise to different beliefs. Therefore, all cultural realities are explicable through the examination of the material conditions in which a society develops. His approaches continue to generate debate, but his books remain must-reads in the field of anthropology.

Andy Warhol and His Time Capsules
You've probably seen his artwork, but what do you know about the artist himself? Learn more about Andy Warhol and his time capsules in this article! Read more »
Link copied!
Interesting Articles
Biographies
Chaim Ferster: A Man Who Cheated Death