Andy Warhol and His Time Capsules

Andy Warhol was the most important artist in the pop art movement of the 20th century. Over the course of his career, he created over 600 time capsules with specific opening dates. Find out why he decided to store mundane things in them in this article! 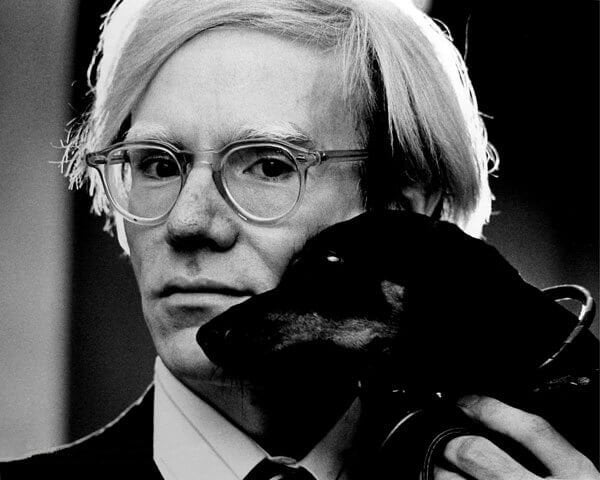 Andy Warhol is probably the biggest name from the pop art movement of the 20th century. His popularity took him on a quick path to being one of the most famous artists in the world. Born on August 6th, 1928 in Pittsburgh, Pennsylvania, Andy Warhol was both a painter and a filmmaker and went on to make tons of time capsules.

Some consider him both the father and the main figure of the pop art movement of the 1960s. The mass-produced art he made was a criticism of the banality of the commercial culture of the United States.

He was a great self-publicist who was able to project an image of himself as an impersonal, empty artist. That being said, he was also a celebrity, a businessman, and a successful social climber. In this article, we’re going to try to explore the life of this artist and some of the key themes in his art.

Andy Warhol: His Life and Legacy

Warhol was the son of Soviet immigrants from what’s today the country of Slovakia. He graduated from the Carnegie Institute of Technology (now Carnegie Mellon) in 1949, with a degree in graphic design.

Later on, he moved to New York City, where he worked as a commercial illustrator for approximately a decade.

Warhol began to paint around the end of the 1950s and suddenly started to become well-known in 1962. This was when he exhibited paintings of Campbell soup cans, Coca-Cola bottles, and wooden replicas of Brillo soap pad boxes.

In 1963, he was mass-producing these purposefully mundane images of consumer products. He used a technique called screen printing. Not long after that, he started to print infinite variations of celebrity portraits in eye-catching colors.

Screen printing was the perfect medium for Warhol because, by reproducing the image over and over again, he turned cultural icons into meaningless, dehumanized figures. To him, those icons represented the emptiness of American materialism and his emotional unattachment to his art.

If you take a brief look through aesthetic theories, you’ll see that for a long time, people associated art with beauty. Art made the world beautiful and usually portrayed it with realistic scenes. It was a representation of familiar things.

But as time has gone on, those trends have evolved and changed. At the same time, there has always been a clear distinction between high culture and low culture. But that begs the question: what’s worth being considered art?

The canon isn’t fixed and we’ve re-evaluated it as time as gone on, but popular things have always been seen as part of “low culture”. At least, until the 20th century, that is. During this time, artistic influences started to come from popular sources, not just “high culture.” TV, news, and music started to show up in art.

In a world where everything could be bought, commercialized, and therefore dehumanized, this dehumanized art was revolutionary. It was a cry in favor of pop culture and Western society. Art no longer had to be simply beautiful, because art, like society, had evolved.

Warhol’s work placed him at the forefront of the emerging pop art movement in the USA until his death on February 22nd, 1987, in New York City.

Starting in 1974, Andy Warhol filled 610 time capsules with personal belongings, sealed them, and put them in storage.

Some see this massive collection of capsules as a series of artwork. When the Andy Warhol Museum in Pittsburgh started to unearth them and carefully catalog their contents, they realized that the time capsules had daily, meaningless objects inside.

For example, they had things such as newspaper articles, junk mail, half-eaten sandwiches, and toenail clippings. There were also photographs meant to become bigger projects, commission letters, and a few actual works of art.

The Andy Warhol Foundation hired a team of archivists to go through everything from taxi receipts to fan mail. Their job was to meticulously catalog each and every item, take photos of them, and research the (often very strange) articles. Then, they had to fill a database with the information.

Re-packaging objects from the surface of daily life became the bread and butter of this artist’s creative work. The time capsules are a prank, a joke directed at Western culture. They’re a satirical reflection on our way of life.

To the day he died, Andy Warhol always maintained the idea that “I can be an artist without making any art. I am the art.” He elevated himself as an artist to the level of a cultural icon. The artist was no longer someone who made the world beautiful, they were eccentric and visionary. Like he said “There’s beauty in everything”.

Andy Warhol’s time capsules are basically about death, as are his portraits of Marilyn Monroe and Elvis. He turned death, and trash, into art. Welcome cards, greeting cards, an ashtray stolen from a fancy restaurant, a picture of Elvis, Christmas wrapping paper and ribbons, a “do not disturb” sign from the Beverly Wilshire hotel, etc…

“An artist is somebody who produces things that people don’t need to have.”

Trash Can Be Art

Warhol was ahead of his time in many ways, and he carefully picked out each of these objects to give them their own 15 minutes of fame. It’s hard to think of another artist who could have held onto all his trash and seen it as art.

A friend of Francis Bacon stored and then auctioned off objects that had belonged to him after he died. But Bacon probably didn’t think that his old checkbooks had any artistic value.

Warhol thought that the trash on his desk was valuable, and that if other people saw it that way, it might become art. So, art would no longer be an ideal, a canon. It would be a point of view, which is much harder to experience. That’s why these time capsules give us such a fascinating perspective on Andy Warhol, one of the 20th century’s most important artists.

Andy Warhol wasn’t alone, either, there are other people who think his time capsules have an inherent value too. One fan paid a shocking $30,000 for the honor of being able to open the last one.

“Human beings are born solitary, but everywhere they are in chains – daisy chains – of interactivity. Social actions are makeshift forms, often courageous, sometimes ridiculous, always strange. And in a way, every social action is a negotiation, a compromise between ‘his,’ ‘her’ or ‘their’ wish and yours.“

Warhol created a complex artistic persona that played with the concept of the artist as a celebrity, and as a businessperson. Other artists have copied this model since, and it’s one that seems to keep working.

Andy Warhol became an icon, a symbol of a time period and a revolution. His dehumanized art and reflected new needs, new forms of consumption, and new lifestyles. He took the figure of the artist from being a painstaking craftsperson to someone recognizable, an eccentric person with a particular view of the world, where the artist is the art.

Jean-Michel Basquiat was creative, irreverent, surprising, and sensitive. He was a symbol of urban art and of the mixture of…