Incest - A Taboo Yet Recurring Phenomenon 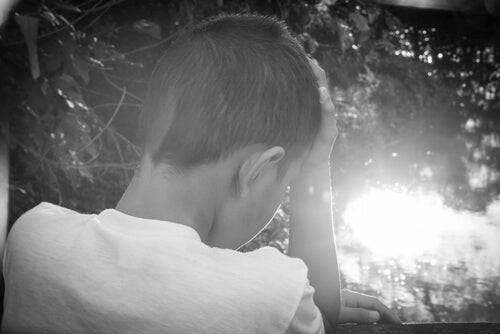 We’re in the middle of the 21st century, and yet incest continues to be a relatively frequent phenomenon. In fact, there are some countries where it’s even legal. Even so, there hasn’t been much research on the subject. Most of the time we find out about it through the news, not research done by experts.

Even though it’s taboo in most Western societies, it still happens. The most common cases of incest are fathers towards their daughters. Freud saw many patients who told him about their fathers’ incestuous actions towards them. However, it also occurs between siblings and other family members, and even between mothers and sons.

“Man is 1% human and the rest is animal, which leaves a wide margin for impenetrable territory. In terms of sex, it’s human to prohibit incest, and that’s how it’s said to be. But what about everything else?”

This is a subject that most people don’t talk about. It’s generally just repudiated and then the conversation is over. But that doesn’t stop it from existing. And to many people’s surprise, it’s not always abuse in the strict sense of the word. There are many stories of consensual incest, and even groups that promote its legalization in countries like Switzerland.

The prohibition of incest

Scientific studies have demonstrated that children born from incestuous relationships are more likely to develop genetic conditions. Having two lines of similar genes reduces the diversity of hereditary features. This puts the entire species at risk because it biologically weakens individuals, making it harder for them to survive. So from a genetic standpoint, incest is bad for the human race.

Sigmund Freud declared that incest is a basic human impulse. He believed that we’re born with an inclination towards incestuous relationships. However, in early human societies where incest wasn’t outlawed, indiscriminate sexual relations between all members led to indiscriminate violence. The macho men of the age in particular resorted to the homicide of their own relatives just to have sexual access to the females.

The evolution of the family unit imposed patterns of exogamy, or sexual relations with individuals outside the family. This allowed social organizations to build without their members systematically murdering each other. It also pushed the species to evolve and culture to blossom. It created societies that defined what’s allowed and what’s prohibited. Symbolic aspects began to factor into human relationships, not just instincts.

Today, there are two major realities regarding incest. The first is the abominable acts of abuse towards children all over the world. Sadly, there are many adults who deceive or intimidate the children in their family to satisfy their sexual desires. More often than not, they were victims of abuse themselves.

And then there are the cases of “consensual incest.” There is one famous story of a girl who met her father when she was 17 years old and became romantically involved with him, with apparent consent from both parties. There are also stories of the same thing happening with siblings and other relatives.

A newspaper in Spain told the story of a 30-year-old woman who was in a relationship with her father. Her psychologist stated that “she was in a ten-year relationship with her father. She told me that it was a beautiful, transcendental experience, that he never hurt her, and that she didn’t tell anyone because nobody would understand. It was a secret between them. Her psychological evaluation indicated that she was well, normal.”

If we stuck to Freudian theory, we would say that our culture is failing us in its symbolic imposition of permission and restriction. In some human groups, the more animal ones triumph over the rest, and the concept of society falls apart. There’s a lot to be skeptical about in that regard, but one thing should remain clear – sexual relations between an adult and a child is perverted and wrong, no matter the circumstance. And if the child is a family member, the psychological consequences are even more damaging. There are some lines that should never be crossed.

The Day My Child Lost His Smile: Child Abuse
My son lost his smile because of child abuse, and I'm writing this difficult article to share some warning signs so that it won't happen to others. Read more »
Link copied!
Interesting Articles
Clinical Psychology
Food Phobias Aren't Due to Fear of Gaining Weight

Psychology
I Never Lose, I Either Win or Learn

Dealing with loss is manageable. When we lose something or someone, behind all the pain, bewilderment and pride there is…