Marilyn vos Savant: The Woman With the Highest Recorded IQ

Do you know who the most intelligent people in the world are? Stephen Hawking or maybe Paul Allen? Have you ever heard of Marilyn vos Savant? You might be surprised to find out she has the highest IQ ever recorded. 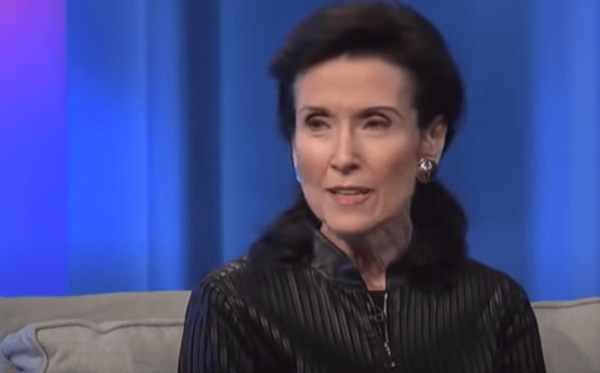 Intelligence is defined in different ways. That being said, there seems to be a general consensus that intelligence is the ability to understand, process, produce, and use information to solve problems. People usually assume that Albert Einstein is the most intelligent person to have ever walked this Earth. You might be surprised to learn that that’s not the case. There are a few brilliant minds who surpass his intelligence. Today, we’ll be focusing on just one of them, Marilyn vos Savant.

vos Savant was classified as the most intelligent person in the world. You might assume, then, that she’s a brilliant scientist. You’d be wrong again. Keep reading to learn more about this incredible woman.

Marilyn vos Savant was born on August 11, 1946 in St. Louis, Missouri. Her mother was Italian, and her father a German descendant of scientist Ernst Mach. Mach made important discoveries in optics, acoustics, and thermodynamics. Her peers rejected her in high school and her teachers believed that, as a woman, she was a waste of intelligence.

When she finished high school, she decided to study philosophy at the University of Washington. Two years into her degree, however, her parents forced her to quit school to work at the family’s laundromat. As soon as she was financially independent, vos Savant started her career as a writer.

Her second marriage was to Dr. Robert Jarvik, a pioneer of the artificial heart “Jarvik-7”. vos Savant took care of her husband’s finances and worked as his assistant in research and prevention of cardiovascular disease. She also worked at the National Women’s History Museum, which won her the Women Who Make History award for her work in the fight against stereotypes of women.

Putting her intelligence to the test

When vos Savant was a child, she took several IQ tests. At the age of seven, she scored 127. Three years later, however, she scored a whopping 167. Her highest score on the Stanford-Binet Intelligence Scale was 228 points. Thanks to that score, the Guinness Book of World Records named her the person with the highest IQ in the world in 1986.

After that, the media started to take an interest in her story. Parade magazine was the first to publish an article with a Q&A section. The popularity of that article was the inspiration for the “Ask Marilyn” column, where she answered questions about math, logic, philosophy, politics, and other more “common” subjects.

Her work on the column prompted her to write three books. Ask Marilyn: Answers to America’s Most Frequently Asked Questions (1992), More Marilyn: Some Like It Bright (1994), and Of Course I’m for Monogamy: I’m Also For Everlasting Peace and an End to Taxes (1996).

In 1990, Marilyn received a letter from Craig F. Whitaker with the following statement:

Suppose you’re on a game show, and you’re given the choice of three doors. Behind one door is a car, behind the others, goats. You pick a door, say #1, and the host, who knows what’s behind the doors, opens another door, say #3, which has a goat. He says to you, “Do you want to pick door #2?” Is it to your advantage to switch your choice of doors?

To which Marilyn responded, “Yes, you should switch. The first door has a 1/3 chance of winning, but the second door has a 2/3 chance”. She had no idea the kind of response she would get to her (correct) answer.

After she published her solution, Parade magazine started to get thousands of letters from people outraged by her answer. Here are some of the responses:

“You blew it, and you blew it big! Since you seem to have difficulty grasping the basic principle at work here, I’ll explain. After the host reveals a goat, you now have a one-in-two chance of being correct. Whether you change your selection or not, the odds are the same. There’s enough mathematical illiteracy in this country, and we don’t need the world’s highest IQ propagating more. Shame!”

In spite of the mounting pressure, von Savant refused to change her answer. She dedicated four columns to the Monty Hall problem to explain how she solved it. In the second column, she proposed a method to clarify the probabilities. It involved laying out the possible results of the game in the following way:

In the third column, she explained the chart and the probabilities. In the fourth, she revealed that many of her readers had done the Monty Hall problem and now supported her solution. Even the great mathematician Paul Erdos had to ask for her forgiveness after claiming she had done the problem incorrectly.

One of the things that bothered the readers so much wasn’t that the solution was an “attack” on common sense, but that the person who solved it publicly was a woman. Many mathematicians and universities had looked at the problem, and come up with the wrong answer. Once again, she had to deal with this discrimination simply for being a woman. There were (and still are, unfortunately) plenty of people who believe that intelligence is firmly in the male domain.

In spite of the fact that she’s one of the most brilliant minds in the world, von Savant is humble. She recognizes that she’s not a great mathematician nor does she have a photographic memory. Her strengths, she says, are objective analysis, decision-making, and problem-solving. She also believes that intelligent people aren’t often good at those kinds of things. They tend to have a lot of training in a specific field and area of knowledge.

“There’s plenty of intelligence in the world, but the courage to do things differently is in short supply.”

The Relationship Between Anxiety Disorders and a High IQ
Scientists have recently discovered there is a very direct link between having a high IQ and suffering from anxiety disorders. Read on to find out more. Read more »
Link copied!
Interesting Articles
Biographies
Mario Moreno, "Cantinflas": Biography of a Great Comedian