Can People Really Have Photographic Memories?

You probably know someone who claims to have a photographic memory, as they can quickly memorize something by simply looking at it. But is this real? 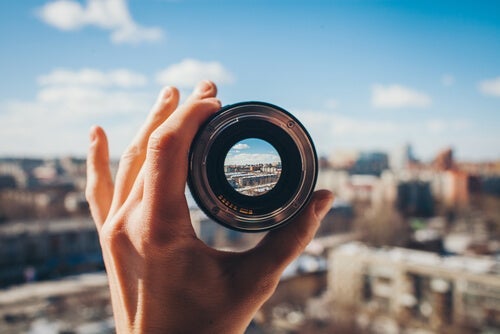 People with photographic memories, also called eidetic memories, can codify visual or written information in their mind’s eye in a very detailed way. They process the image by doing a careful scan. Hours later, they can still remember it as if it were right in front of them. Researchers estimate that only about 1% of the population has this ability. However, there’s some controversy about whether or not it really exists.

Some people believe that children are the only ones who have this ability, which disappears when they get older. Either because they don’t stimulate or train the ability or because adults tend to visually and verbally codify things. Other people believe that it’s only a myth because the only evidence of it comes from those who claim to have the ability. No cognitive tests or objective evaluations support the idea.

What are photographic memories?

People call this type of memory photographic because it’s captured as if it were an image. In other words, people with highly eidetic memories remember everything that appears in an image or on the page of a book, exactly as it’s positioned.

This can also apply to auditory stimuli. In that case, the individual codifies melodies or sounds that they hear as an image in their memory. The extraordinary thing about this kind of memory is the detail that people are able to recall. For example, they can sometimes remember the punctuation of an entire page.

While scientists are interested in these claims, they still haven’t determined whether or not photographic memories actually exist. Nor have they clarified the factors that would give someone this kind of memory. It seems that it’s an extremely rare ability, more common among children. However, as we mentioned above, they usually lose it as they grow.

We should clarify that visual memory and eidetic memory aren’t synonymous. The former is the ability to memorize using visual stimuli. The latter emphasizes the level of detail that an individual is capable of remembering.

Thus, while most people are familiar with the concept of photographic memory, you can see why there are doubts about its existence. The little evidence that exists seems to support the idea that these individuals can do what they do due to a combination of several skills.

Thus, the ability to remember things in such detail is due to a good visual memory, familiarity with the material, effort, and even mnemonic devices. In fact, most people who have “photographic memory” say that they’ve had it their entire lives, and they’ve perfected it with practice.

The method of loci

Individuals with this ability tend to show it off. For example, they might draw a map of Italy from memory after seeing it once. Or they can remember every single day of their lives starting from childhood or memorize every page of a 9000-page book. However, very few people reveal what they actually do to get these incredible results.

Only a few individuals with these exceptional abilities have given away their tricks. Many of them use the method of loci, also known as the memory palace. The memory palace is a useful technique based on spatial memory. According to psychologists who specialize in memory, the strongest memories are associated with an image, a place, and/or emotions. That’s why you’re more likely to remember something if you can remember where it happened, for example.

Therefore, the method of loci involves imagining you’re making a journey through a place you know well. Ideas and memories are “stored” or represented by objects that you see along the way. In other words, you imagine that each element is a vase, a painting, or a plant, for example.

So, as you make your way through this familiar place, the memories appear on their own. People have been using this method since the 5th century BC and it’s been the subject of extensive research. Studies show that it significantly helps improve people’s memories.

Can you learn to have a photographic memory?

The short answer is yes. You can train yourself to have a photographic memory. Experiment with the method of loci or other strategies that work for you. Researchers tend to agree that, with a good technique, a willingness to learn, and lots of practice, you can achieve impressive results.

Constant practice and hard work are the keys to developing many abilities, not just a good memory. However, some people seem to be more cognitively gifted in certain areas. Nevertheless, that doesn’t mean that they’ll take advantage of their gifts not does it mean that those who aren’t naturally gifted can’t learn to be skilled at something.

What rules regulate behavior? Many theorists have spoken about human motivations regarding social needs. Scholars have also tried to determine…

We've all overslept and still felt tired. In these cases, maybe you were so sleepy during the day that you…