Marie Kondo's Method for Organizing your Life: Organize your Home 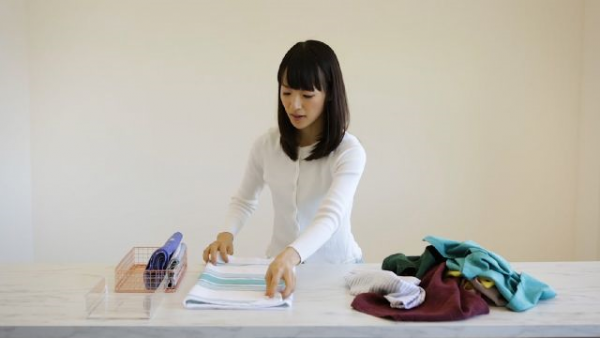 Marie Kondo claims that organizing your home will lead to a more organized life. Disorderly objects reflect internal disorder. Likewise, if your house is a mess, you will feel somewhat uneasy inside. There is a close link between the two.

Kondo is from Japan and is the author of the book The Magic of Tidying Up. She has become a true guru on the matter. It’s for a good reason that she appeared on the Times list of the 100 most influential people in the world in 2015. Her books and videos are some of the most read and watched in the world.

Many of us are looking for a way to improve and organize our homes and lives. It’s the perfect time to apply Marie Kondo’s method. Now let’s see what it consists of.

“Liberty is not the daughter but the mother of order.”

One of the most important concepts of Kondo’s method is the “rebound effect.” It happens when people want to organize a certain space and begin to set aside everything they don’t use. They also often classify things in an orderly manner.

Then they look for some place to stash all the things they don’t use. So their cabinets, drawers, and any other available space gets filled with these things. In fact, many people decide it’s time to buy more furniture to store it all.

Well, in Kondo’s method, organizing is not the same as storing. When all we do is shove things into corners or onto shelves, disorder will come back. Since all storage space is full, your other spaces will soon get cluttered again. This is the rebound effect.

Learn how to throw out what you no longer need

Most people find it very difficult to throw things away. Nevertheless, the secret to organization is precisely that. We must do it if we want to be organized. This is what Marie Kondo’s method teaches us. We must learn how to mercilessly throw things out. Of course, “throw out” could also be “donate. “

According to Kondo, we should only keep things that make us happy. Every object, over time, becomes emotionally meaningful. Some things we love. Others, on the other hand, we’re indifferent about. These are things we have no reason to keep in our home. All they do is get in the way.

If you have to think a long time in order to decide whether to throw something out or not, there is only one solution: throw it in the trash. When faced with objects that make us happy, there will be no doubt.

If there is doubt, it’s because the object is not really that important to us. In this case, the only reason it’s hard to get rid of the object is an almost neurotic habit of holding onto things.

With this in mind, it is helpful to thank an object for its service before getting rid of it. And say goodbye. It may seem silly, but Marie Kondo says it helps keep guilt away. Guilt is what keeps some people from purging useless items.

Marie Kondo’s method has nine steps. Each one should be fully completed before you move to the next one. She and her thousands of followers swear by this method. All it takes is a bit of decision-making. They are:

Those who have Kondo’s method say it is extremely helpful. Especially for people who get very nostalgic, or are compulsive or pathological hoarders. What do you think?

3 Types of Psychological Poison in the Home
Is there a psychological poison in your home? Today we look at some of the most common types of stressors. Read more »
Link copied!
Interesting Articles
Psychology
Screams Damage the Infant Brain

Psychology
A Childhood Trauma That Predisposes People to Psychoses

Many parents underestimate the importance of harassment from one sibling to the other. They justify this behavior by saying things…