My Room, My Disorganized Mess, My World 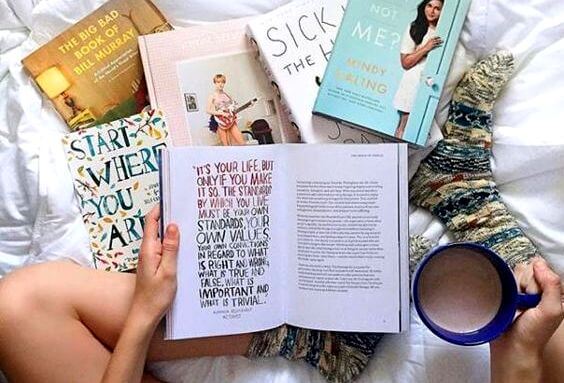 A disorganized room, a desk covered in books, Post-Its, old photographs, dried flowers, and more than one coffee mug, is not synonymous with a chaotic life. Sometimes, a cluttered room is harmonious with a creative mind. It’s your essence, your organized chaos. It’s your private world.

Throughout our lives, we’ve been taught that we have to be organized, because order is control, and an organized environment provides a certain sense of security. This isn’t untrue, but we often tend to perceive disorder as inherently negative. For many people, disorder is the essence of failure, of inactivity, of carelessness and abandon.

A disorganized desk is not synonymous with a chaotic life, just like an empty desk doesn’t represent an empty mind. My disorganized space is nothing more than the noise in my mind: active, free, and creative.

Believe it or not, there’s an actual psychology behind clutter that analyzes what lies behind this kind of behavior. The University of Minnesota, for example, has concluded that a disorganized space promotes the creativity of its inhabitants. But there are many nuances to this fact that we’ll discuss below.

The psychology behind disorder

We’ll start by explaining an interesting fact. Tracey Emin is a British artist who presented a special and impactful work of art to the world in 1999. It was simply a messy bed. In the bed, there was clothing, cigarettes, handkerchiefs, bottles of vodka. The whole thing, far from being aesthetic or attractive, represented a personal drama. That personal stage everybody goes through when their emotional life goes astray.

This piece entitled “My Bed,” was a finalist for the Turner prize and in 2014, Christie’s in London auctioned it off for 2.5 million pounds. Modern art is a challenge, but the artist declared later, after the commotion caused by the auction, that she tended to work in a disorganized environment, because disorder, at least for her, is the seed of creativity.

A piece published in the New York Times arrived at the same conclusion. It demonstrated that sometimes, a lightly disorganized environment frees the mind from conventions and sends it in all different directions to create new answers, new ideas. We also can’t forget that within phases of creativity, it’s in that “storm of ideas” where chaos comes in, and decisions and innovation spring forth.

Are Distraction and Creativity Linked?

Personal spaces and the freedom of thought

Disorder that is favorable, understandable, and familiar to you won’t create any problems, and it will continue to be favorable as long as you have a certain amount of control over it. Psychologist Kathleen Vohs, a specialist in the tendency towards order or disorder, explains that in a work environment, there should always be an adequate amount of organization and efficiency.

However, creating a visual space with a certain amount of chaos regarding objects and colors creates a stimulus where the brain can relax and sharpen its abilities. One thing to keep in mind, though, is that not all personalities can tolerate this kind of disorder. There are many individual differences, which means there are also many people who need things to be completely neat and tidy in order to be productive.

Whatever your personal choice, the point is that a disorganized room is not a reflection of a person with a chaotic and irresponsible life. Just like people who care about control and order in their private spaces don’t necessarily suffer from perfectionism or obsessive compulsive disorder.

We all live in our own private spaces freely, in our own ways. Every corner is a reflection of our habits and customs, and we shouldn’t receive criticism or labels for it. It’s often said, for example, that disorganized people lack goals, that they have internal conflicts, and that they don’t usually throw anything away because they have an unhealthy attachment to their past memories.

This type of “popular wisdom” isn’t always accurate. If today you get up and choose not to make your bed or clean your house, maybe it’s because you chose another priority in that moment. It doesn’t have to mean anything. Disorder that’s chosen, controlled, and not overwhelming, is tranquil to a mind that identifies with its possessions.

Coloring Away Stress: A New Way To Relax

Link copied!
Interesting Articles
Psychology
Don't Miss Out on the Present by Dwelling on the Future

Psychology
Raymond Cattell and His Theory on Personality

Raymond Cattell was born in England at the beginning of the 20th century. He's one of the most important personality…

Psychology
Bet On Your Intuition

Intuition can be defined in many different ways: the ability to understand something immediately, without the need for conscious reasoning; the ability to unconsciously make quick and accurate decisions, etc. Every…