Maria Callas: Biography of a Voice from the Gods

The voice of Maria Callas indisputably changed opera forever. The singer brought back some roles that no one at the time dared to play. Among light and shadow, the life and legacy of Maria Callas still have the almost mythical power to captivate and intrigue. 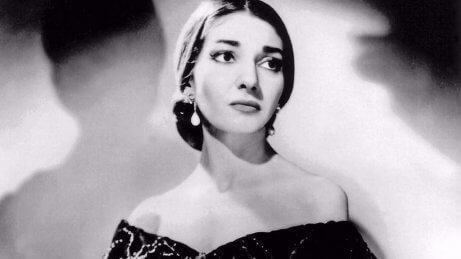 Maria Callas was one of the most well-known opera singers in the world. In the 1950s, she became internationally famous for her beautiful voice and intense personality. Even today, her interpretations of iconic music continue to dazzle opera lovers.

Opera is one of the most complex art forms, combining acting, singing, music, costumes, sets, and, sometimes, dance. Many opera composers tell tragic tales of love and death.

While the visual beauty of an opera is essential, the primary responsibility for the success of the show falls to the singers. They have to invoke the anger, cruelty, violence, fear, and madness of the story. In other words, the opera characters need voices capable of portraying the whole range of human emotions. Maria Callas was exceptionally gifted in that sense, which is why her fans called her “La Divina” [The Divine One].

Callas didn’t become famous for her voice alone, but also for her stellar acting. Her passionate and tormented life is one explanation for her mesmerizing theatrics on the stage.

Maria Callas was born in New York in 1923. Her real name was Anna Maria Sophia Cecilia Kalogheropoulos. Her parents were from Greece and divorced when Maria was 14 years old. After their separation, Maria returned to Greece with her mother.

There, she began training as a singer at the National Conservatoire, the oldest performing arts school in modern Athens. The famous opera singer Elvira de Hidalgo chose Maria to be her student.

Her musical career began at a very young age. In 1941, when she was 17, Maria Callas got her first paying gig as the lead in an important opera. She sang the lead in several operas in Athens over the next three years.

When she returned to New York in 1945, she kept studying singing. To pay for her education, she was a nanny for a friend of Toscanini, who choose her to work on Ponchielli’s La Gioconda in 1947. The opera was performed in Verona Arena in Italy and the audiences raved about Maria Callas’ performance. A star was born. This invitation to act in Italy was the true start of her career.

In 1949, Callas married Italian industrialist Giovanni Battista Meneghini. Her husband was twenty years older and became her manager and advisor. In 1950, Maria Callas performed for the first time at the famous La Scala opera house in Milan, Italy. She played the role of Aida in the famous Giuseppe Verdi opera by the same name.

Later, Callas also won the love and admiration of audiences in Milan for her role in Vincenzo Bellini’s Norma. In her first twenty years of life, Callas acted in some forty operas in the most famous opera houses in the world.

Her voice brought to life characters such as Gioconda, Turandot, Brunnhilde, and Isole. The roles that cemented her place at the top, however, were actually less-known roles. Those include Bellini’s Norma and Amina (La sonnambula) as well as La Violetta in Verdi’s La Traviata.

“I am not an angel and do not pretend to be. That is not one of my roles. But I am not a devil, either. I am a woman and a serious artist, and I would like so to be judged.”

While the tone of Callas’ voice wasn’t always conventionally beautiful, she had unmatched musicality and expression. Her characters came alive with her ability to imbue her voice with color and depth; she also had a very keen sense of the text.

Many historians and opera aficionados believe that Callas changed the art of opera entirely. After Callas, artistic directors started to place special emphasis on musical integrity and dramatic truth.

Maria Callas transformed the audience’s ideas about bel canto, especially in her performances of works by Bellini and Donizetti. Over the course of her career, Callas revived some operas that had been forgotten for decades because there weren’t any artists who could do them justice.

As she got older, Callas began to have problems with her voice that would lead her to cancel some shows. Critics belittled a few of her performances, which may have been one of the reasons she was often on shaky ground with the big opera companies. And while the media published plenty of damaging articles about her nasty temperament, many people who were close to her have denied it.

Callas met Aristotle Onassis in the United States in 1959 and separated from Meneghini less than a year later. That was the beginning of a tumultuous 10-year relationship with the Greek shipping magnate that ended when he left her for Jackie Kennedy. This was one of the most high-profile relationships in history, something that wasn’t very common at the time. Their story was full of drama that constantly made the headlines of sensationalist newspapers.

By then, Callas was having more problems with her voice and was singing less. In 1965, she sang in Tosca, the opera by Giacomo Puccini. Callas played the role of Floria, an Italian singer. It was a part she had sung many times before, but this was the last time she performed in an opera.

“You are born an artist or you are not. And you stay an artist, dear, even if your voice is less of a fireworks. The artist is always there.”

Three years later, Callas decided to try her hand at teaching aspiring opera singers. In the early 1970s, she taught 12 classes at Julliard in New York. Terrance McNally wrote a play about Maria Callas and her students titled Master Class.

La Divina lived out her last years in Paris, where she died in 1977 at the age of 53. The circumstances of her death are murky to this day. It seems like she probably died of natural causes, but there were also signs of a possible suicide. The diva’s death, like her life, was colored by tragedy and remains shrouded in mystery.

The legacy of Maria Callas

Maria Callas was the most influential opera singer of the 20th century. Critics and opera aficionados tend to agree that her legacy is a deep understanding of traditional Italian opera. Her beautiful voice and the intense feeling with which she sang lent a unique and memorable quality to every role she played.

Those who had the opportunity to hear Maria Callas in person say they’ll never forget the experience. Luckily for us, when she wasn’t singing in live operas, she was making recordings that we can listen to today. It’s not the same, of course, but you can experience at least some of the magic of her incredible voice. Some experts say that Maria Callas, now immortalized in her recordings, is just as popular today as she was when she was performing live.