What happens when suicide prevention fails? And what does it mean when postventative action is carried out after someone takes their own life? In this article, we'll tell you more about postvention and its importance. 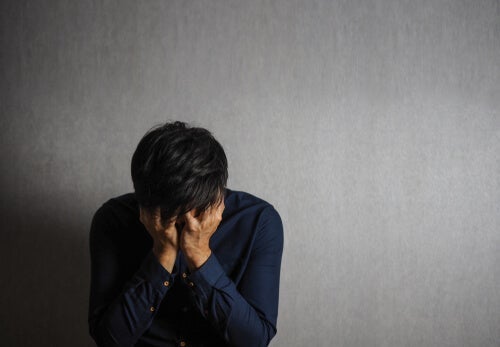 Suicidal behavior is a complex phenomenon that is influenced by psychological, biological, social, cultural and environmental factors. It can affect people of any age, gender, culture or social group. The multicausal nature of suicide means that a systemic and transversal approach is needed in order to prevent it. However, when prevention fails, we have to start talking about postvention.

Postvention is designed to offer support to the family and loved ones of people who have taken their own lives. Due to the stigma surrounding suicide, it’s not uncommon for those closest to the deceased to have conflicting feelings.

Suicide is the number one cause of unnatural death in the US, causing more deaths than road traffic accidents. In 2018, over 48000 people took their own lives, which translates to 132 deaths a day, and 5 deaths every hour.

The WHO reports close to one million deaths by suicide every year, and predicts that by 2020, that number may increase to one and a half million. They also found that men are more likely to take their own lives, while women make twice as many attempts.

It’s important for anyone who experiences suicidal ideation to know that have someone that they can turn to for help – someone they can trust, and with whom they can share their problems without fear of stigma. It’s also essential that they seek help from a professional, who can recommend the appropriate preventative action.

Remember: suicide is a permanent solution to a problem or problems that are almost always temporary. Just because there isn’t an obvious solution right now, doesn’t mean that you won’t find one tomorrow.

It can be really helpful for the person to identify situations that trigger a crisis. In other words, they need to find the cause of their suicidal thoughts, in order to understand when a crisis may occur.

Coming up with a sort of “contingency plan”, with or without the help of a close friend or medical professional, can help to reduce the probability of the person attempting suicide in the future. This plan may contain the following points (for guidance purposes only):

Postvention: when all else fails

As we’ve already mentioned, postvention consists of offering social, psychological, and institutional support to the loved ones of someone who has taken their own life. These individuals should be given support to help them grieve in a healthy way, while addressing any risk factors that might complicate the grieving process.

Everyone grieves differently, and grief after a suicide is often very different from any other type of grief. There are no right or wrong reactions – all feelings are perfectly normal and acceptable (shock, denial, guilt, pain, shame…)

After a suicide, it’s common for family and friends to ask “why” (why did they do it, why didn’t I help them..?) and to think “if only” (if only I’d realized sooner, if only they’d sought help…)

As they continue to come to terms with their grief, they begin to understand that, although suicide can be prevented in some cases, in others, no amount of intervention can prevent their death. They could not have changed what happened. The grieving process ends when loved ones understand that they will never have the answers to all their questions, and sometimes, and they will never fully understand the reasons why the person took their own life.

Acceptance is the best way to come to terms with a loss. As difficult as it may seem, the person’s decision has to be respected, and they are no longer blamed for the suffering they caused. Their loved ones can finally start to forgive them, and forgive themselves. However, despite their acceptance and forgiveness, feelings of guilt may still persist.

The topic of suicide is shrouded in myth, and is still very much a taboo subject. As a result, the family and friends of people who have committed suicide often feel a number of conflicting feelings. As well as sadness, we often see feelings such as anger and rage. Shame is also common, leading many to hide the true cause of death from outsiders, for fear of being judged.

It’s important for postvention to include psychosocial support and psychoeducational strategies. These are strategies related to the reactions and feelings many experience during the mourning process, as well as ways to counter social criticism. It’s also important to let family members and loved ones know that they have every right to remain silent, if they so wish.

Above all, debunking certain myths around suicide can hep to reduce conflicting feelings, and fear of judgement. Some common misconceptions include:

People who attempt suicide or who want to take their own lives need and deserve help, as do those around them. It’s important not to forget about those who have lost loved ones to suicide. If the grieving process is, by definition, painful and difficult, mourning a suicide is even more so. Often, it’s accompanied by feelings of guilt and shame that can be very persistent, and resistant to intervention.

If a person doesn’t grieve properly, it can cause issues in the long-run. Without the necessary resources and support, it can even lead to depression.

As such, it’s important that we not only focus on suicide prevention, but also on improving postventative measures. What’s more, steps must be taken to raise awareness in society, and end the stigma that takes such a toll on those who’ve lost someone to suicide.

What’s a Psychological Autopsy?
A psychological autopsy is a process applied as part of a judicial investigation. Its purpose is to establish the possible causes of a suicide. Read more »
Link copied!
Interesting Articles
Clinical Psychology
The SIMS Screening Test: Are These Symptoms Real?