Machiavellian People: When the Ends Justify the Means 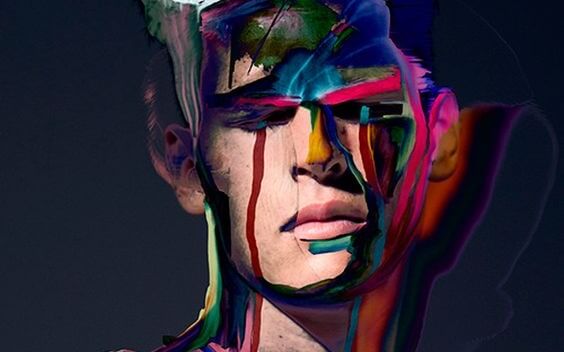 For Machiavellian people, the best way to handle people is to flatter them and tell them what they want to hear. This type of personality displays profound emotional detachment combined with a cynical attitude and charisma, which makes them masters of manipulation and fraud. In short, they are high-risk emotional partners.

Anyone who’s read The Prince by Niccolo Machiavelli will recognize these and many other characteristics in the text. The classical philosopher and politician of the 16th century brought them to life. Machiavelli himself states that in a position of power, it’s okay to do away with virtues like honesty as long as the deceit or betrayal will get you to your goal.

Compared with sociopaths, Machiavellian people have absolutely perfect control over everything they do at all times.

However, people don’t necessarily have to read Machiavelli to feel (according to them) that the ends justify the means. In fact, they don’t even have to be in politics to use this kind of strategy.

Michiavellianism is a fairly common personality feature and forms a part of what clinical psychology calls the dark triad. Here, psychopathy, narcissism, and Machiavellianism make up a dangerous and unsettling personality type.

However, it’s more common to see these features separately in your day-to-day life, Machiavellianism being the most common. We’ll go into more detail below.

Machiavellian people: are they born or are they made?

Everybody has deceived and manipulated someone to achieve a goal at some point in their lives. However, it’s usually a one-time thing, or even coming from good intentions. Or it’s part of a defense or survival mechanism. For example, “I’m going to make that person think this so that they’ll leave me alone and realize that I’m not interested in them.”

Machiavellian people, however, think that using people for their own gain is a natural behavior. They often think that people who don’t do so are unintelligent. As psychologists Richard Christie and Florence Geis, creators of the MACH-IV test of Machiavellianism, explain, these people think that “a fool is born every minute and you have to take advantage of them.”

While there’s no shortage of people in politics who train themselves to use clever, calculated strategies to acquire and retain power, in our daily lives we don’t encounter that many people who use these strategies and who naturally view other people as instruments of self-gain. Does that mean it’s a genetic feature? Are Machiavellian people are born that way?

Experts do say that in a few small and isolated cases, there’s a genetic predisposition to psychopathy. However, Machiavellianism is largely the result of a poor upbringing, the child imitating their parents.

What are the characteristics of Machiavellian people?

Who hasn’t had a boss who’s used to getting their way and exploits others for their personal benefit? Maybe you’ve seen it in romantic relationships or even children who extort, threaten, and mistreat their classmates.

How can Machiavellianism be treated?

The hardest part is that in general, Machiavellian people see no problem with the way they are. They see themselves as high functioning, with a high capacity for achievement. That’s all that matters to them. Their approach to life is based on utilitarianism and materialism. Therefore, because they don’t value emotions, they’re rarely aware how they impact others.

So, in the few cases where the person sees a psychologist, it’s due to familial pressure, or more commonly, a court order. This personality profile is common in criminals due to their tendency to scam people.

In general, the most recommended strategy is cognitive-behavioral therapy. With it, the patient can (sometimes) become aware of their behavior. Then they can identify disordered thoughts and feelings and transform them. Finally, they will be able to develop conciliatory, respectful behavior.

However, to conclude, only highly experienced professionals should treat Machiavellian people. Only they will be able to intuit and deactivate their skillful tricks of deception, suggestion, and manipulation.

5 Films to Understand the Mind of a Criminal
Read more »
Link copied!
Interesting Articles
Psychology
FOMO or Fear of Missing Out: What Is it About?

Tea, coffee, good friends, and any problem becomes lighter. The magic of those cathartic moments is simply knowing how to…

Psychology
7 Signs that Your Relationship is Struggling

Romantic relationships go through different phases. We would all love it if we could stay in the butterflies stage of the…