Looking for a Good Movie with a Powerful Message? Check These Out!

Indie film festivals aren't the only places to look for movies with powerful messages. There are entertaining and easy-to-watch movies out there that teach valuable lessons and make you feel good. In today's article, we'll mention a few of them. 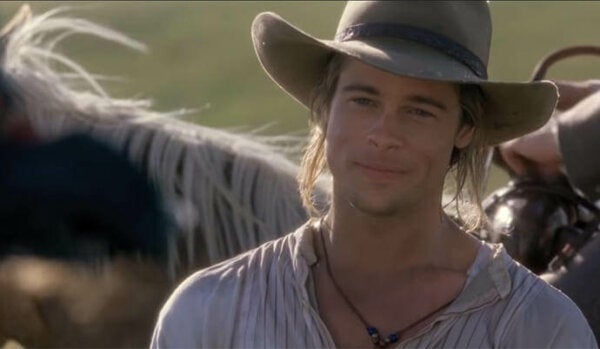 Do you feel like the only meaningful movies are obscure, cult films? Well, think again. Great movies with a powerful message aren’t impossible to find. In today’s article, we’ll share a few recommendations. An entertaining and easy-to-watch movie can also be full of feelings and meaning.

You don’t have to go to indie film festivals to find movies that spark your curiosity, challenge your values, appeal to your conscious, and make you see or understand something from a new perspective.

Sometimes, you want to watch something for more than simple entertainment. You’re looking for something moving, deep, and full of feeling. Film lovers often believe that these kinds of movies are only found outside of Hollywood and that you have to get into the work of directors such as Andrei Tarkovsky or Jean-Luc Godard. Just because a movie features a popular director or actors, however, doesn’t mean it’s going to be meaningless. You can find complex but straightforward movies with a powerful message.

If this movie makes you cry harder than the end of movies such as Million Dollar Baby or Titanic, you’re part of a select group of diehard animal lovers.

This movie is a sentimental jewel. It shows how strong the bond between humans and pets can be. Hachi: A Dog’s Tale (2009) is about the unconditional loyalty and love that dogs have for their owners. This is a beautiful, heartfelt tearjerker.

An entertaining movie with a powerful message about social justice: Dirty Dancing (1987)

This iconic 80s dance movie is more than just a fun way to spend a couple of hours. Dirty Dancing addresses how empathy and humanity can overcome class differences and stereotypes.

You watch as a brave young woman (Jennifer Grey) asks her bourgeois, doctor father to help a woman she barely knows with a big problem. And while they’re at it, the characters show us that dancing and good vibes are more important than race and social class.

An Oscar-winning movie with a powerful message: Parasite (2019)

Parasite is a movie with layers of depth. It’s a great movie. In fact, the plot hides a terrible truth. The movie is a subtle but harsh criticism of capitalism, social classes, and the trap of meritocracy.

All you have to do is observe, understand, and be surprised by a seemingly ordinary story that’s well connected to the analogy that it represents in certain scenes. In short, Parasite is an excellent and very entertaining movie.

In spite of being easy to watch, this film deals with some very “ugly” subjects. Michael Caine’s incredible acting brings to life this story of abandoned children, young mothers in trouble whom no one wants to help, and terrible family secrets hidden during cider season.

At the end of this beautiful film, we know that there are princes in Maine who will never be kings, and usually, those who make the rules aren’t the ones who have to follow them.

You only have one mother, so be sure to take care of her. This moving film, superbly acted by Daniel Bruhl, takes place in a historical moment of transition. The movie has a humorous tone, but it helps us understand a very important part of our history.

You’ll understand, for example, how thousands of people put their desires on a symbolic and real wall, and that, sometimes, the thing that’s most important for keeping you alive is believing in something, whether it comes true or not.

This 90s film with an excellent soundtrack stars Michelle Pfeiffer as a young and beautiful teacher at a troubled school. At first, it seems like a predictable movie that doesn’t have much to offer, but there are intertwining stories that give depth and meaning to the film.

The main takeaway from Dangerous Minds is that the smart/dumb, good/bad student dichotomy is worthless when young people are living in extreme circumstances. The movie argues that education is much better at changing peoples’ realities than drugs or crime.

A movie about the milliseconds that can change your life: Match Point (2005)

The frivolity of certain social environments and people’s hypocrisy are the main threads running through this Woody Allen film. It’s a story about passion, sensuality, and something that’s harder to understand and accept: the match point.

Some milliseconds can change your life forever. In those milliseconds, you can’t decide whether what’ll happen is just or not.

Entertainment, love, and betrayal: Legends of the Fall (1994)

This is a good movie to watch when you’re craving something decent and entertaining. Its soundtrack is also spectacular, and the central conflict is important.

If falling in love with your best friend’s partner is complicated, what would happen if it were your dead brother’s fiancé? Legends of the Fall is all about how you simply can’t act on some feelings, no matter how genuine and powerful they are. That’s a deep and often painful lesson.

A family takes a trip so that their daughter can compete in a beauty contest. The cast of characters is wonderfully eccentric. We have the little girls’ crotchety old grandpa. There’s her personal coach father with theories about success that don’t even work for his own ventures. She has a brother who won’t speak, a gay uncle going through a creative crisis, and a mother who puts up with all of it.

The trip and the contest show that there are no standards for beauty, happiness, or success. At the end of the day, the most important challenge is to be a happy family, not a perfect one.

The narrator warns you at the very beginning of the movie that this isn’t a typical love story. A statement that’s true or false depending on who you ask. If you’ve been a part of an unrequited love story, this will seem like a very familiar, viable situation.

(500) Days of Summer is a non-catastrophic look at how painful it can be to love someone who doesn’t feel the same about you. However, the worst part for this main character is that there’s no logical reason for it, and all he can do is watch the seasons pass by.

So there you have it. Check out these films if you’re looking for a bit of entertainment with some philosophical reflection thrown in. If you think that great movies with a powerful message don’t exist, we believe some of these films will change your mind.

18 Musical Movies for all Tastes
Musical movies have been with us all since childhood. There is an amazing diversity and we're going to bring you a small but comprehensive selection. Read more »
Link copied!
Interesting Articles
Cinema, Television, and Psychology
The Rocky Horror Picture Show: A Sexual Revolution and Liberation