Practitioners of Holotropic Breathwork believe that this technique makes it possible to reach deep levels of consciousness. What exactly is holotropic breathwork and what does science have to say about it? Discover it here! 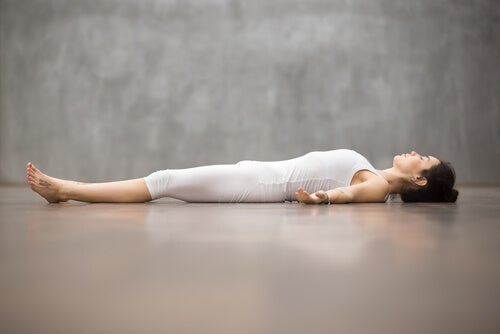 It’s important to note that experiential psychotherapy is rooted in so-called transpersonal psychology. The latter is part of humanistic psychology, a branch that emerged in the 60s. Specifically, Holotropic Breathwork was created by Czech psychiatrist Stanislav Grof.

The main goal of Holotropic Breathwork is to reach a higher level of consciousness. Experts state that the experience is similar to the effects of psychotropic drugs, which are used by shamans or some spiritual guides. The difference is that you achieve this state through your breathing and the purpose is therapeutic.

Holotropic Breathwork is a technique that involves intentional and controlled hyperventilation. The purpose, as we mentioned above, is to reach a state of altered and expanded consciousness. The ultimate goal is to get to know yourself better and enjoy the supposed psychotherapeutic benefits that proponents attribute to the technique.

Hyperventilation consists of breathing more quickly and deeply than usual. When you breathe normally, you inhale oxygen and exhale carbon dioxide (CO2). The accelerated, deep breathing that occurs during hyperventilation increases the volume of oxygen in your body and decreases carbon dioxide levels. Under normal circumstances, this alteration would cause anxiety, numbness, and fainting.

Holotropic Breathwork is the practice of induced and regulated hyperventilation. In general, you can only practice this kind of breathing under controlled conditions, usually in a group. Otherwise, you could cause unwanted problems such as panic attacks. Experts don’t recommend the technique to patients who suffer from hypertension, respiratory illnesses, neurological issues, or mental health problems.

The first step you should take is to learn all about the technique. You should learn the ins and outs, what you can expect from it, and the precautions you should take. Holotropic Breathwork sessions tend to be very long. In fact, they’re usually longer than four hours.

You should practice this technique in a comfortable and quiet place. Begin by entering the room barefoot and lay down on a mat. Practitioners play relaxing music. The music shouldn’t even be interrupted during the session. Once you’re comfortable, start breathing softly.

With your eyes closed or covered with an eye mask, begin controlled hyperventilation. You have to breathe quickly for the duration of the practice. Someone has to direct it. Sometimes, participants alternate between being “breathers” and directing the practice.

Once the session is over, each participant colors a mandala or makes a symbolic drawing about what they feel at the moment. Then, everyone shares their individual experience.

The benefits of Holotropic Breathwork

As we mentioned above, the goal of Holotropic Breathwork is to reach an altered state of consciousness through hyperventilation. The basic idea is that this technique allows you to reach the deepest levels of the psyche. As a result, you’ll be able to access unconscious information that may be very valuable to you.

Its proponents argue that it’s a way to recover repressed memories. During the practice, you might remember forgotten people, situations, emotions, or perceptions. This information is important because your brain blocked it at some point. The only way to recover said information is by expanding your mind and your consciousness.

Research suggests that Holotropic Breathwork has many benefits, primarily in terms of relaxation and emotional balance. However, as of yet, there’s no evidence that it produces an altered state of consciousness or allows you to explore your unconscious. Nevertheless, those who practice it argue that it’s possible.

Therapies
Quality of Life in Patients with Degenerative Diseases

Most people believe that a good quality of life consists of good physical and mental health. Consequently, when they get…

Systematic desensitization and exposure are two tools psychologists use a lot. Usually, people consider them useful for putting someone in…