The Long-Term Effects of Cannabis on the Brain 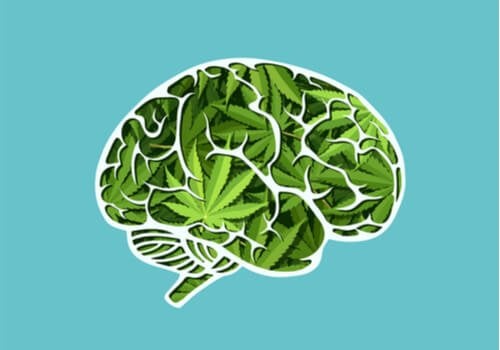 The consumption of cannabis is a controversial subject. There are many studies on the benefits and adverse effects of pot. More and more countries are legalizing cannabis. However, many experts are questioning the effectiveness of medicinal marijuana. Are medical marijuana and other marijuana products useful? Are they harmful? What are the long-term effects of cannabis on the brain?

Cannabis is extremely popular as a recreational drug. Cannabis is also widely used as medicine. Essential oils and other cannabis products are popular for treating chronic pain or epilepsy. Nevertheless, a new study warns that the long-term consumption of cannabis can cause brain damage.

Long-term use of cannabis can cause brain damage

Scientists from the University of Lisbon in Portugal and Lancaster University in England recently conducted a study about the possible dangers of long-term cannabis use. They published their results in the Journal of Neurochemistry. Their findings indicate that regular consumption of cannabis could damage memory.

Researchers observed the effect that WIN 55, 212-2 had on the brains of mice. This is a compound similar to cannabinoids. They found that long-term exposure to this substance caused “significant memory impairments”. The mice they studied couldn’t distinguish between a familiar and new object.

Before we continue, let’s clarify something. The term cannabinoids refers to certain chemical substances that act on the cannabinoid receptors in the body and brain. They have similar effects to those caused by the plant Cannabis sativa (hemp or marijuana).

Long-term effects of cannabis on the brain

Researchers also used neuroimaging to further investigate the effects of cannabis. They saw that this substance derived from cannabis affected areas of the brain responsible for learning, storage, and memory access.

Chronic exposure to this substance affects the brain even more. It alters the communication between the areas of the brain that drive learning and memory. “Our work clearly shows that prolonged cannabinoid intake, when not used for medical reasons, does have a negative impact in brain function and memory,” explained the researchers.

Ana Sebastião, the study’s lead researcher, explains “It is important to understand that the same medicine may re-establish an equilibrium under certain diseased conditions, such as in epilepsy or multiple sclerosis, but could cause marked imbalances in healthy individuals”.

Is it possible to reduce the side-effects of medicinal cannabis?

The study’s findings stem from a previous study by Sebastião’s team. That study found that one of the long-term effects of cannabis on the brain was that it affected recognition memory. This is the kind of memory that lets you recall familiar people or objects.

The researchers in Sebastião’s first study suggested a way to compensate for these negative results. A certain caffeine-related medication can counter the effects on memory. “These results are very important for the development of pharmacological strategies aiming to decrease cognitive side effects of currently used cannabinoid-based therapies, which proved effective against several nervous system disorders,” explains Sebastião.

Scientists hope that a better understanding of the harmful effects of cannabinoid medications can drive the development of strategies to counteract them.

Neil Dawson, the study’s co-author, believes that this brings something new to the table. “This work offers valuable new insight into the way in which long-term cannabinoid exposure negatively impacts the brain. Understanding these mechanisms is central to understanding how long-term cannabinoid exposure increases the risk of developing mental health issues and memory problems.”

In conclusion, the long-term effects of cannabis on the brain may be negative. However, scientists are still researching ways to maximize the benefits of medical marijuana. Only time will tell if they’ll be successful.

Do You Know the Effects of Marijuana on the Brain?
A few minutes after smoking marijuana, your heart rate increases, your blood vessels dilate, your eyes get red, and your blood pressure rises... It is quite obvious that marijuana causes changes in your body.  Read more »
Link copied!
Interesting Articles
Psychology
Menopause: A Wonderful Stage of Personal Growth

Psychology
I Won't Change for Anyone, I Like Who I Am

I'm not going to change for you. Don't ask me to be more docile, to be skinnier, to renounce my…

Psychology
Psychological Violence: Like Drops of Water on a Rock

When we think of the word "abuse", we automatically come up with the mental picture of a physical beating. However,…

Psychology
Burnout Syndrome: When You Overwork Yourself