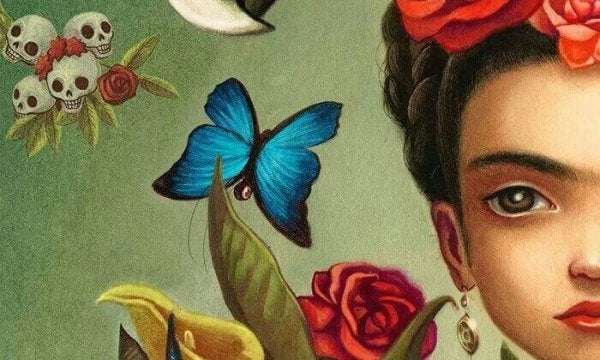 Nadia Fink is an Argentine writer who came up with the idea of ​​writing a collection of stories about women who break the stereotype of fairy tales. They are stories made for children and seek to overthrow sexist ideas promoted by Disney “princesses,” “Barbies,” and other clichés.

Although we are in the 21st century, the female stereotype is still very strong. Children’s stories that establish imaginary “princess” as an ideal woman perpetuate these stereotypes and instill them in our minds from a very young age.

“Women with a past and men with a future are the most interesting people.”

Video games and many major Hollywood films transmit that stereotype into the minds of children. So, from childhood we are taught to have an outdated vision of gender roles.

The traditional fairy tales have a very similar narrative structure. They are all great love stories, where the center of the conflict is a woman who is unfairly treated by fate. All of them, without exception, solve the problem by two factors: the magical intervention of another woman, the fairy, and ultimately salvation thanks to a prince.

These stories end with the elevation of the protagonist to being a “princess” within an enchanted kingdom. These types of plots and resolutions are reproduced hundreds of times, with obvious adaptations in different series and current films.

But why would these stories be negative if in the end justice and happiness in love prevail?

The most troublesome part of these stories is that they distort the essence of many values. For example, they arbitrarily link goodness with beauty. A “princess” is always good, but also beautiful. There are no ugly princesses. The ugly are conspiring against her, basically because of envy.

Also they inculcate the idea that the greatest triumph for women is to find her prince, thereby transmitting a misconception of love.

In real love, the story begins where fairy tales end. We do not live happily ever after, but rather living together is one of the most difficult challenges for the couple. And there is no prince, but a man made of flesh and bone that cannot always meet the expectations of a girl who wants to idealize him.

Finally, these kinds of fanciful elaborations lead to frustration, unhappiness. Although it is difficult to believe, many people suffer all their life from not finding the ideal woman, man, or love, instead of being happy with the real situations life brings them.

The two antiprincesses Nadia Fink began her collections with are Frida Kahlo and Violeta Parra, two women who were not waiting for a prince to save them, nor did they save themselves or sit around waiting.

In their love stories there are contradictions, abandonment and misunderstandings. There are also great achievements and personal development independent of the vicissitudes of romantic love. These stories represent a new kind of interest: an interest in the real world.

Frida Kahlo was not the typical angelic blonde who found the prince of her dreams. She was a woman marked by disease at a young age, who lived a passionate and contradictory love story with a man who did not resemble “Ken,” Barbie’s eternal boyfriend. The interesting thing about this story was the way it was reflected in Frida’s paintings: a true poetry of images.

Violeta Parra, the great Chilean artist did not live happily ever after. She separated from her first husband and the first daughter she had with her second husband died at the age of two.

Her famous song “Gracias a la vida” was composed after recovering from a suicide attempt. And the beautiful theme “Volver a los 17” was written for Peter Messone, who was 21 years her elder. She certainly was not the kind of woman who would inspire a Disney story.

There are many real life antiprincesses that have left a deep imprint on the world for their refusal to be and act like a stereotype. Talented women with great personalities, they were able to confront prejudice and dared to be free. So we can certainly say: Long live the antiprincesses!