Lies Are the Heaviest Rocks in Our Backpacks 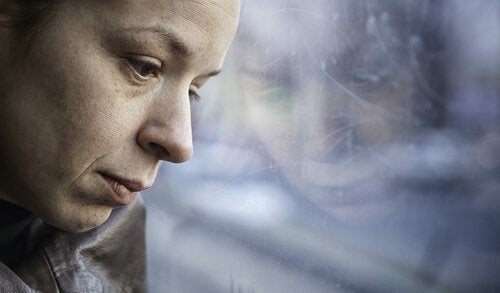 Even if you haven’t heard the term “Mythomania”, surely you’ve heard about pathological or compulsive liars. Right now a character with this kind of problem in some movie or book is probably coming to mind. These movies and books, in some occasions, are included in the category of comedy. Nevertheless, far from being something funny, it is a really cruel and dramatic situation for the people who experience it, as well as for the people in the liar’s life.

It is a very serious problem with distressing consequences. It affects both the people who pathologically and compulsively lie and the people who interact with the liar. It’s especially hard for people who have blindly trusted them. People who would have never expected to discover what they eventually do discover.

White lies have to be occasional, not a common practice

Lying is a common behavior in the society we live in. “White lies”, as we usually call them, are nothing but the last resource we sometimes use to get ourselves out of any situation which produces conflicts. In some occasions, they are used to avoid offending someone or to preserve our dignity.

“I am not upset that you lied to me. I am upset that from now on I can’t believe you.”
-Friedrich Nietzsche-

The fact that they are “little” and “white” does not imply that we can make constant use of them. When we lie, we lose our authenticity towards ourselves and other people as well. If we truly don’t want to go out, we have the full right to feel this way and to express it to the other person just as it is.

We gain honesty and authenticity each time we say the truth

“I’m sorry. I’m tired today and don’t feel like going out. Would it be okay if we made plans for another day?” With this simple phrase, we have gained a little more honesty towards the other person and towards ourselves, too. However these “little white lies”, as we usually refer to them, are not synonymous for an illness or disorder. These are simply some kind of subterfuge we learned during childhood to get out of conflicts quickly and easily without hurting other people’s feelings.

“A lie would make no sense unless the truth felt dangerous.”
-Alfred Adler-

It doesn’t depend on us whether another person’s feeling get hurt, regardless of whether we lie or not. It depends on the person with whom we interact. If our friend gets angry because we are tired and don’t feel like leaving home today, that is not our responsibility. On the other hand, it is our responsibility whether or not we decide to lie to them.

Mythomania: a psychiatric disorder in which lying is the main character

Pathological lying goes beyond all of this. This implies a degree of severity which shouldn’t be overlooked by anyone. These people make up experiences they have never had. They lie about their age, profession, past life, academic or professional achievements, places where they have lived in… These people also lie about the people around them.

This type of person somehow tries to fill their inner voids with these lies. And their justification for these actions would be something like this: “Since I hate myself and my life, I can create a new character for myself and a new life where everything I ever wanted actually happens to me.” This will make other people admire the fictional lives they have created. And this admiration will reinforce their behavior immediately. This way, they will keep lying since there are no negative consequences for them a priori. On the contrary, all they receive are “benefits”. But the truth is, these benefits will become toxic for their lives and for the people around them.

This sort of lying creates another type of lying: compulsive lies. Now the person lies automatically. Due to the compulsive lying, both internal and external conflicts are systematically avoided. This ends up becoming a perfectly structured and fully encrusted form of behavior. They avoid everything which generates a conflict for them, through the use of lies.

When the lies get discovered, they get angry and attack

When they get discovered, they usually cover “the original lie” with other lies. They get defensive and protect themselves by attacking others, if they perceive the other person didn’t easily believe them and keeps questioning them. In the end, this damages the relationship, since this behavior can’t be understood from the outside.

All of this ends up generating distrust and for the people around them to start living in a state of constant alert, as they feel they have to seek the truth at all costs in order to re-trust their loved one.

“A liar’s punishment is that no one believes him, even when he speaks the truth.”
-Aristotle-

The person who lies systematically and without any compunction should give themselves the opportunity to receive physiological help. This person should keep in mind that he is trying to fill a hole which won’t stop growing with his lies. He does this while he is in complicity with lies and inventions.

On the other side, there is the healthy acceptance of what every person is, the healthy attainment of getting what is wanted without having to use lies. Although the liar views them as saviors, all these lies do is take that person one step further from who he really is.

5 Lies We Like to Believe
As terrible as they may be, lies never stop having an attractive and seductive quality about them. Read more »
Link copied!
Interesting Articles
Psychology
Anxiety and Its Questions

Psychology
The 6 Keys to Happiness

A lot of lies have been said in the name of happiness, and a lot of half-truths. These are even worse because their disguise is even more convincing. Common belief…

Edwin Hubbell Chapin had it right when he said that "no language can express the power, and beauty, and heroism,…

The word "dependence" refers to certain conditions, limitations, or restrictions imposed on us by our environment. For example, to be alive, we depend on eating, drinking, sleeping, breathing, etc. In this sense,…