I Was Left With Almost Nothing, But I Found Peace 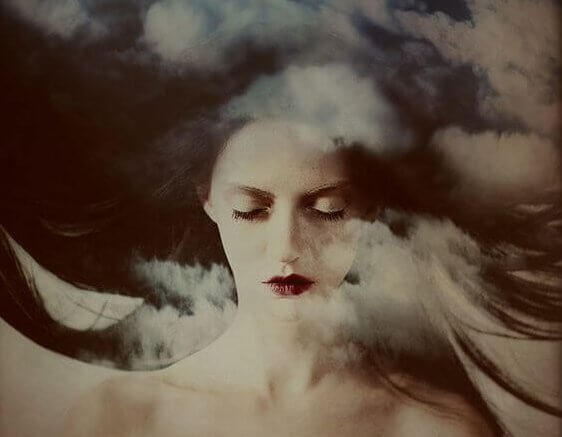 We all go through certain storms in life that devastate us. And then there are other, less disturbing winds that blow, although these unpleasant breezes can arise constantly, relentlessly, taking our peace away. And yet, there are other winds that return the meaning of life to us. Strong winds that carry the affection of the people who were born to share life with us. Some of these winds are forceful, others are peaceful.

However, sometimes those winds can turn into cyclones that are too powerful, and they drag you around with them. Perhaps you’ve been weakened by small but negative events that made you stumble but not fall. Other times, the storms arrive when you least expect them, and they hit you with an unexpected brutality, snatching the peace away from your life.

When you’re in the middle of it all and you feel all the force of the storm, you might feel like you’re slowly starting to lose everything you thought was secure in your life. Your head starts to spin until you see painful realities that you never wanted to see (like betrayal or abandonment), while the abrupt movement of ideas seems to be pushing away other, more important ones.

At this point, you understand that the storm took away a piece of you, but it wasn’t the best piece. It needed to happen that way so that you could react and find your own peace. I’ve suffered through the same storms in my life, and even today I’m not sure if it would have been better if they didn’t hit with such force. But even though this is true, it’s also true that they showed me what’s essential in life. I was left with very little, but enough to move forward and be at peace.

My branches are bare, but I’m at peace

We’ve all been through times when it felt like life would never relent, or give even the slightest indication of why everything seemed so confusing. I don’t believe in the law of attraction; I believe that when something goes wrong, if you don’t understand why, life doesn’t stop until you face it head on. The hard way.

The point is, all that pain that you thought was worth it was just colored smoke. It had no strength against adversity. The feeling of admiration and mystery falls away to show you the mediocrity hidden behind it.

There are times when we seem to lose all our verdant branches and resplendent flowers, like a tree that loses its leaves. But don’t forget that there’s something poetic in the contemplation of this tree, dry and bare. It seems to harbor a desire, a hope, a promise.

That tree is standing tall, despite everything that happened. And without anything to adorn it, it seems more authentic than it ever has. It’s been left with practically nothing, but enough to move forward.

It seems to be at peace, but it promises to put up a fight. This promise, held in its stark bareness, seems to be its greatest virtue. And sometimes, the best things in life are those that once were beautiful and never will be again, that have withered but have announced their intention to revive themselves. In this plane of existence, a unique sense of life is found.

Resilience: Being Strong Despite Life’s Storms

The branches start to flower

It feels necessary to stop lamenting. The tsunami that took away everything you thought made you special also took away many useless things. Be aware of this, straighten your shoulders, and feel the weight lift off your back.

Everything has become more spontaneous and natural. Hypocrisy doesn’t irritate you anymore, it simply makes you laugh on the inside. There’s no better response to people who have hurt you through action, omission, or complete deception than the indifference that you’re suddenly able to feel. You don’t even have to tell anyone else about it. It’s like a spontaneous smile that forms at the first sign of mutual love.

Passionate hearts can only be broken by something that can really leave a dent in them forever. Intelligent people always miss things that had value. Cowardice doesn’t usually stay in your memory. It just reminds you of the damage done to your ego, not the pain of loss.

This is why flowers are reborn. You realize that it felt like you were left with nothing, but that the whole process was necessary for you to become who you are today. You don’t even have the slightest intention of blaming. That feeling of peace is only found when contrasted with the hard blows you’ve been dealt. They can get the best of you, or they can transform you completely.

Sometimes it’s a privilege to have nothing, to part with a bunch of things. Not everybody can make sense of the process of watching things fly out the window while they try to resist. They expect to find that they were right, but in the process they’re often not.

The reason for this process lies in the future. You’ve already seen what’s really important for moving forward. Now you’re more agile, but that doesn’t mean you’re free of problems. But now you can go back to trembling at the touch of true love, bursting out in laughter with your friends, enjoying your social life. You don’t even have the need to show it off anymore.

The most amazing part is that you’re still standing tall. You’re not the same anymore, but you feel much better. You don’t long for the smiles of the past. You can now identify the smiles of the present with the good that is yet to come and the clarity that resulted from the force of that storm.

Psychology
Enough With the Demands!

According to cognitive or rational therapy, people suffer emotional disturbances because of the irrational evaluations we make about ourselves, others and the world at large. These sorts of assessments are absolutist demands…