Learn to Be Your Own Ally 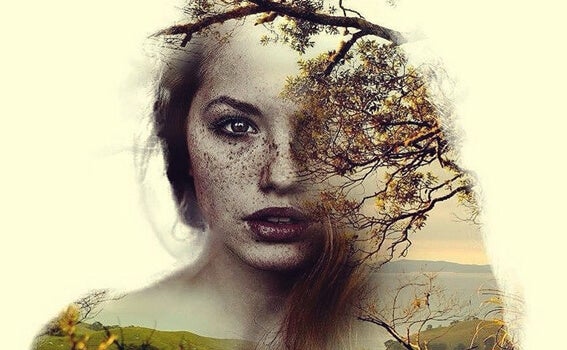 Although it may seem crazy, a lot of people act like their own worst enemies. They have a very hostile conscience. Their inner dialogue is violent and inconsiderate. But it doesn’t have to be like that: you can learn to be your own ally.

Normally a person with an inner dialogue like that grew up in an environment full of blame, very restrictive. They are probably the victim of a kind of upbringing that saw raising children as breaking them. Some parents consider completely submissive children to be their greatest achievement. Schools, too.

So what happens is that a person internalizes this finger-pointing, criticism and punishment. They learn to see themselves as someone who is always wrong. As if they never do anything right. As if everything they think or feel is unacceptable. If this is you, it’s time to learn how to be your own ally, your own friend.

“When the voice of an enemy accuses, the silence of a friend condemns”.

Sleeping with the enemy…

Being your own enemy looks different in each person. It typically shows up like we described above: a very demanding conscience. A ruthless inner critic. Constantly feeling like you’re making mistakes. A little voice inside always berating you for anything you do.

Sometimes it looks a little more subtle. Or it’s just more indirect. Maybe you act awkward or insecure in certain situations, see yourself acting like that, and then reprimand yourself for your insecurity afterwards.

Other times it looks like panic in the face of success. Whenever you’re faced with the possibility of having success in something, you get buried in fear. As a result, you fall into behaviors that actually sabotage your success. It is literally like living with your worst enemy.

Why not be your own ally?

It’s usually because they have mistaken beliefs about what kind of relationship they should have with themselves. They think, for example, that not being hard on themselves is a sign of weakness, a lack of character, mediocrity. They think mistreating themselves and being excessively demanding is a way of growing.

There’s also a false belief that being your own ally is not the right thing to do. That it’s a sign of selfishness or narcissism. Putting yourself down, on the other hand, looks like humility. Some see it as a virtuous act.

How to be a better ally and friend to yourself

In the deepest part of your unconscious there is a very well-marked boundary line. You feel that being your own ally is a betrayal of someone you love or fear. Or both. As a result of these mistaken beliefs, you think that this is the beginning of your moral decline.

At this point we need to clarify that being good to yourself is not the same as being irresponsibly over-indulgent. As we grow up and mature, we all need things. Things to help us grow and meet our goals and achieve things. However, there are thousands of points between the two extremes of over-indulgence and berating yourself.

Being your own ally means having a good attitude towards yourself. It means accepting yourself and respecting yourself. Understanding that neither you nor anyone else in the world is exempt from making mistakes.

In fact, mistakes almost always empower us to move forward, learn something, and gain experience. Harshly criticizing ourselves is a childish way of handling our mistakes. It hurts us in exchange for nothing good.

If we can’t count on ourselves, how will we be able to count on anyone else? To walk along the hard road of life, we need allies. And the first thing to do is become your own ally. To appreciate what you are and what you do. To forgive yourself daily for being as human as everyone else. Life is so much better when you love yourself.

4 Types of Internal Dialogue You Should Avoid
However, these experiences can lead some people to develop a negative internal dialogue. This isn't ideal in any circumstance, but it's even more dangerous Read more »
Link copied!
Interesting Articles
Psychology
How to Help Your Child's Brain Develop

Phobias are defined as an intense and irrational fear towards a person, object, or situation which supposes little or no…

Mary Ainsworth was an American-Canadian psychologist who, along with John Bowlby, developed one of the greatest and most helpful psychological…