Learn How to Accept Defeat, it Doesn't Mean Failure 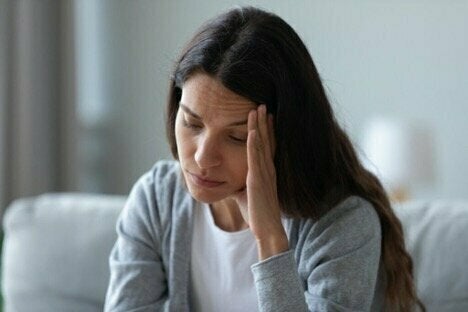 You might think that you don’t need to learn anything about winning and losing. However, if you don’t learn how to accept defeat and manage success, you might have to deal with negative circumstances in your life.

It’s become almost compulsory to achieve success. Furthermore, success tends to be measured with strict parameters. For this reason, you’ll probably see success almost as a duty for you to carry out so you can later prove you actually achieved it. On the other hand, losing is considered a failure or even a disgrace. In fact, neither concept is being handled correctly.

In this particular context, you might find it difficult to learn to accept defeat. Sometimes, it weakens your enthusiasm and personal strength. At other times, you might behave both obsessively and stubbornly and you end up in a vicious cycle of frustration.

“We learn little from victory, much from defeat.”

Why is it so hard to learn to accept defeat?

As we mentioned above, one of the reasons why it’s so difficult to accept defeat is the false beliefs that surround it. The first one is that, if you don’t achieve something, you’ve failed. However, the truth is that there’s a big difference between being defeated and failing. In fact, the former is a completely natural setback, and the second just an attitude.

Generally speaking, if you can’t accept defeat, you probably struggle in three areas of your life:

When you struggle to accept defeat, you might find that you experience a false sense of superiority. However, when what you’d planned doesn’t actually happen, those lies you told yourself come crashing down around you.

Stop being stubborn and learn how to accept defeat

If you don’t learn to accept defeat, you’ll end up feeling frustrated and uncomfortable. For instance, you might refuse to accept that your relationship has ended. Thus, you try again and again to fix things with your partner.

Another example is not accepting that you’ve lost a certain opportunity. Thus, you might end up going down similar paths trying to recapture that lost chance. In fact, you’ll probably be really hard on yourself. Furthermore, you’ll probably end up asking far more of yourself than you’re actually able to give at the time. Alternatively, you might reprimand yourself for either having stopped doing something or having not done it at all.

This stubbornness doesn’t allow you to process what happened. You’re also unable to learn from the experience. In addition, your negative emotions increase, and you get angry and frustrated. Furthermore, you might become bogged down and even come to a complete standstill. However, this depends on how resistant you are to accepting reality.

From a psychological standpoint, there’s enormous value in defeat. Firstly, it puts an end to the childish narcissism everyone’s born with. You start to realize that you can’t achieve everything. Furthermore, that you won’t get everything you want. In fact, all reality is built on this principle.

Secondly, defeat can be a great source of knowledge. In fact, from defeat, you can discover your own limits, where you’ve gone wrong, and where you are in your life right now. Thus, defeat generates new knowledge that you can use towards achieving new goals. This is how science works. It moves forward on the basis of error.

Knowing how to accept defeat means you need to learn to address it with both curiosity and interest. Yes, nobody likes to lose. However, those who know how to lose tend to overcome their feelings of frustration pretty quickly. Instead, they focus on what they learn from it. In fact, although it might seem paradoxical, knowing how to lose also means knowing how to win.

You Can Lose and Still Be a Winner
You were born to be a winner! That's what most of us have been taught growing up. We all learned that losing is something negative but it actually isn't. Read more »

Personal Development
What Makes You Trust Other People?

If we look at the number of people who find it difficult to trust others, then we can easily see…

Personal Development
Decision-Making Fatigue, the Web that Traps You