Learn All about Sapiosexuality

For sapiosexuals, few things are more attractive than deep and intimate conversations. Instead of being focused on physical appearance, they focus on intellectual connections. 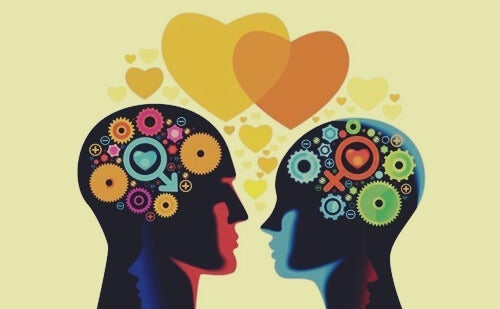 Sapiosexuality has become a common term to describe another sexual identity. In 2014, The New York Times published that many people are more aroused by interesting conversations than by sculpted bodies. Is the nature of attraction changing?

Yes, absolutely. Sapiosexuality is defined as a fascination for another person’s intellect. For a sapiosexual, an interesting conversation is like mental foreplay and intelligence is a powerful seduction tool . Of course, the connection between intellect and eroticism has always existed; even Plato spoke of it in 380 B.C.

The difference nowadays is that it’s become very popular and there have been attempts to get the scientific community to recognize the term. Meeting someone who’s knowledgable, intelligent, makes you think, and inspires curiosity and admiration awakens a deep attraction.

When your mind is your sexiest trait

One common criticism of the term “sapiosexuality” is that it’s elitist. In other words, if attraction depends on being highly intelligent, then that completely leaves out people with an average IQ or those with intellectual disabilities.

Sapiosexuals, however, argue that this kind of attraction isn’t elitist at all. In fact, they say that it isn’t about being with the smartest person. Instead, it’s about finding someone you can connect with emotionally through words and knowledge.

In 2017, The New York Times published an interesting article where they shared interviews of people who identified as sapiosexuals. In this age when so many relationships start online, they talked about feeling frustrated and bothered by the kind of interactions they were having with people.

Exchanging photos and having superficial conversations based on physical appearance was disappointing for those interviewed for the article. Thus, when they found someone they could have an exciting and deep conversation with, they felt aroused and attracted to them.

That being said, can you really feel sexually attracted to someone through conversation alone? In a study from the University of Western Australia, researchers concluded that around 8 percent of people between the ages of 18-35 are sapiosexuals. Anecdotally, however, it seems that sapiosexuality is becoming more common among 30 to 45-year-olds on dating websites such as OkCupid.

Gilles Gignac, the study’s lead author, concluded that, for some people, intelligence is a factor of sexual attraction. Intelligent men and women trigger sexual arousal because they take you beyond the conventional and day-to-day superficiality. We also tend to associate intelligence with being respectful, making good decisions, and understanding.

Intelligence is another kind of beauty

Many people are skeptical about sapiosexuality. These new lexical paradigms are popping up more and more often. Words such as pluviophile (rain lover) or bibliophile (book lover) are terms we’ve come up with to describe ideas that have always existed.

It’s important to clarify that sapiosexuality has nothing to do with sexual orientation. Specialists on the subject, such as Dr. Debby Herbenick, sex educator and public health professor at the University of Indiana, explain that it’s an identity.

Many heterosexuals, homosexuals, and bisexuals identify as sapiosexuals. They find intellect sexually attractive and they don’t think that physical appearance is particularly relevant. As we mentioned above, the idea that some people truly don’t care about looks is a bit hard to swallow.

Sapiosexuals, however, don’t claim to be blind to beauty, nor do they reject it. They argue that it just doesn’t trigger the same kind of excitement and fascination as intelligence. They’re aroused by conversation and wordplay. The kind of dialogue that just seems to flow from one person to the other, that gets deep into subjects that matter, the kind that you can truly fall in love with.

Ecological Intelligence, A Bid to Save Nature
Ecological intelligence may be the answer to the human race's devastating impact on the environment. Learn how to improve your intelligence here. Read more »
Link copied!
Interesting Articles
Human Relationships
4 Attitudes that Destroy Personal Relationships

Sometimes, our way of expressing our thoughts and our behaviors leave a lot to be desired. We are brusque, rude…

Is getting someone to open up to you possible? How do you do it? Is it an easy or difficult…

Human Relationships
Can You Be Too Trusting?

Has anyone ever accused you of being too trusting? Many people are under the impression that trusting other people is a bad thing. However, are others allowed to call you…