The Four Principles of Attraction According to H. T. Reis

Many times, we find it difficult to identify what makes another person attractive to us. We may even make the wrong attribution. To understand this, H.T. Reis defined four principles of attraction, which help explain the mysterious magnetism two human beings can feel. 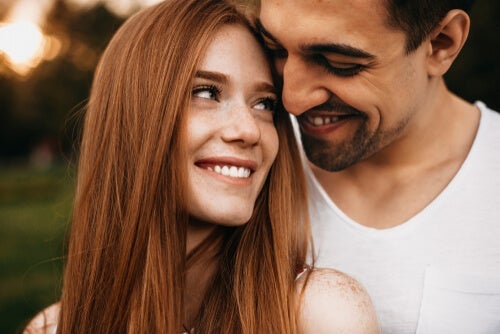 According to psychologist and professor H. T. Reis, many studies and literature make it possible to establish four principles of attraction among people. These principles are similarity, proximity, reciprocity, and stress.

The definition of these four principles of attraction is based on a study focused on interpersonal relationships.

Each of the four principles of attraction talks about a decisive factor when it comes to identifying another individual as attractive or unattractive. All of them show that the mind of the person putting this label exerts more influence on this process than the actual characteristics of the other person.

The four principles of attraction

1. The principle of similarity

This principle indicates that people tend to be attracted to those who resemble them. This contradicts the ever-so-popular idea that opposites attract. Many people believe in it. However, in reality, it seems that people tend to like others who share their same interests, concerns or motivations.

Similarity is one of the principles of attraction for three reasons:

The principle of proximity establishes that we’re more likely to build a friendship or a romantic relationship with the people we’re close to. Sharing the same environment (real or virtual) not only facilitates opportunities for interaction but tends to increase mutual sympathy between people.

Nevertheless, if the contact is extremely continuous or too long, the attraction can become unfavorable. The same happens when there’s an initial feeling of hatred but the proximity is maintained despite it.

3. The principle of reciprocity

This is because feeling accepted and approved by others brings a feeling of greater security, confidence, and gratification. Being accepted by others fills us up with positive thoughts about ourselves. Therefore, we’re attracted to the root of such feelings.

H.T. Reis stated that the principle of reciprocity exerted greater influence than the principle of similarity. In short, we become attracted to people who accept us and treat us with kindness even if we don’t have similar interests.

4. The principle of stress and anxiety

This is the most paradoxical principle of attraction. According to it, people tend to feel more attracted to us when we’re in circumstances that produce anxiety and stress. For example, if a shark appears all of a sudden while sailing in the ocean, the captain of the ship may find us attractive. If we happen to share a parachute jump with someone, we’ll probably end up liking them more than before.

This explains why we seek more social contact under conditions in which we feel frightened or threatened. Other people’s company makes us feel safe. As a consequence, we end up establishing a positive bond with them.

To conclude, there’s something we must keep in mind. All these principles speak about attraction but not of affection or love. This means that these factors influence some kind of initial harmony with other people but don’t determine the quality or depth of a relationship.

Psychology of Attraction: What Draws Us To Other People
But not only the physical and emotional closeness generated in response we welcome, but needs the combination of other ingredients such as physical attraction Read more »
Link copied!
Interesting Articles
Human Relationships
People with Disabilities: Looking to a More Inclusive Future

People with disabilities are the largest "minority" in society. According to the WHO, about 15% of the world's population has…

For humans, physical distance also has psychological implications. We see evidence of that in common colloquial expressions such as "Keep…