Language helps us make things happen because it has the power to transform reality. It drives individuals to action and, in turn, allows them to clarify who they are. 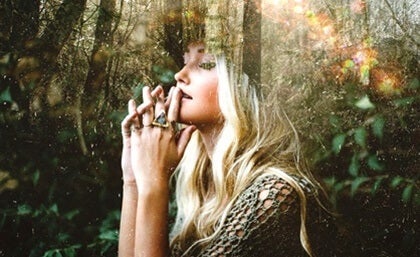 Language helps make things happen because it has power. Think about it for a second. Thanks to language, you’re not only able to describe reality but also make it. Words are never neutral. On the contrary, they leave a mark and drive individuals to action. In addition to this, your voice either creates bonds or distances, makes ideas clear, and allows you to outline your identity and show it to the world.

Well-known philosopher, mathematician, and linguist Ludwig Wittgenstein used to say that language sets the limits of the world. This expression can be somewhat disturbing at first. However, it contains curious evidence. In all honesty, the words you use every day describe the reality you live in.

Therefore, there’s a void in our current reality; there are circumstances and invisible sufferings that have no name but still occur every day in any part of the world. Furthermore, we all experience emotions that have no name. We experience feelings, concerns, and pleasures that don’t always have a dictionary entry.

Contemplating details in nature and in daily life and being unable to express them verbally is completely normal. It’s as if we’re incapable of finding a word for them. For this reason, we often wonder if someone else has felt the same way and if it’s legal to experience something that doesn’t “exist”.

Language helps make things happen. However, for them to occur, you must carry out certain steps or strategies that will allow you to create change and create a happier reality for yourself. As we mentioned, not being able to give something a name is common. This, of course, produces uncertainty. For some reason, humans feel the need to give everything a name in order to know how to deal with things.

Moreover, something that linguists state is that language doesn’t determine thought. In other words, as we already pointed out, many sensations and experiences have yet to be translated into words. However, something that we do know from a psychological standpoint is that language encourages action. Language helps make things happen but you have to implement the following decrees.

First decree: your language describes you

Now that you know this, you have an opportunity within your reach. You can, in fact, transform yourself through language. For this, try the following:

Second decree: language transforms and creates your own reality

Language helps make things happen because it has the power to transform everything around you. In addition, it creates possibilities, reassures you in your position, and motivates you to be persistent. To understand this idea in a better way, read the following examples.

If you want to create change, if you aspire to be better, solve a problem, or reach a goal, you’re going to need an internal compass. Now, this compass must be calibrated towards that North where confidence collides with action. If you’re not 100% committed with your goals, you won’t be consistent and persistent, which is exactly how you should be if you want to make a difference in your life.

Language helps make things happen as long as you’re brave. You must be willing to claim what you want fearlessly. Make sure you know what you don’t want so that you don’t get things mixed up. Give yourself the opportunity to persevere by encouraging yourself through positive words.

To conclude, don’t ever hesitate to name what you feel and want. Language is the best instrument for action. Thus, you must use it in order to build better relationships and heal problems. Remember to be consistent with what you think and do.

Use Positive Language to Change Your Outlook on Life
Using positive language can transform our lives, as it helps us improve our way of communicating and our relationships with others. Learn more with us! Read more »
Link copied!
Interesting Articles
Personal Development
Is Creativity Innate or Learned?

There's a difference between being communicative and having frequent verbal diarrhea attacks. There's nothing wrong with people who like to…