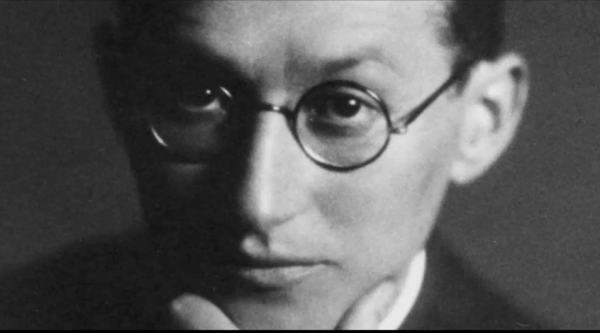 Some years back, before there was a branch of psychology called social psychology, people saw our behavior as nothing but reactions. Behaviorism was the popular theory at the time and scientists used it to try to explain our behavior. When someone hits you, your reaction is to protect yourself by deflecting or avoiding the next one. So according to this thought pattern, stimuli and associations were what shaped our behavior.

But that stimulus-response relationship was too simple. Behaviorism overlooked our perceptions and even our thoughts. It didn’t make the connection that behaviors are the outcome of an interaction between a person and their environment.

The one person who realized it was Kurt Lewin. This psychologist came up with field theory, among other theories. They put a spotlight on people’s interaction with their environment. His research was so important that he’s now seen as one of the fathers of social psychology.

Kurt Lewin was born in Prussia, what we now call Poland. Later on his family moved to Germany, where he studied medicine and biology. In the end he started to take more interest in psychology and philosophy.

During WWI, Kurt was wounded after Germany sent him into battle. When he got home, he started to work at the Berlin Institute of Psychology. Kurt decided to leave Germany when the Nazis were gaining power. He ended up settling in the US, where he taught at a few different universities.

He had been in contact with ideologies that were similar to socialism, Marxism, and the fight for women’s rights. These ideas lead him to one conclusion: psychology could help make society more equal. That’s why he put his effort into trying to pick out and understand what factors really played a part in our behavior.

“If you want to truly understand something, try to change it.”
-Kurt Lewin-

With a goal of examining human behavior, Kurt Lewin looked for inspiration in theories about relativity and quantum physics. He found one theory that could work for him: field theory. To make that theory part of psychology, he decided to study behavior but without separating it from its natural context.

That’s why he focused on studying groups. His research set the precedent for what would later become social psychology and organizational psychology. His experiments revolved around group psychology, the dynamics of organizational change, and leadership.

In physics, a field is an area of space where there are properties that show up as physical quantities (temperature, energy, etc.). Lewin used the concept of an “energy field” from physics in his field theory to explain the environmental factors that play a part in human behavior.

According to him, behavior doesn’t depend on the past or the future. It actually depends on all current facts and events and how a subject sees them. The facts are interconnected and they make up a dynamic energy field that he called the life space.

The life space, or the psychological energy field, are the surroundings that encompass a person and their perception of their immediate reality. Basically it’s a subjective, personal space.

It’s like a summary of the way you look at the world, with all your goals, possibilities, fears, experiences, and expectations. But this field also has certain limits that come especially from the physical and social characteristics of the surroundings.

Kurt Lewin’s field theory studies our behavior with a sense of total perspective. That way we don’t end up with an analysis with everything split up on its own. The psychological field’s influence on our behavior is so huge that Lewin even said that if there are no changes in the field, there won’t be any changes in the behavior.

Lewin thought that psychology shouldn’t focus on studying people and their surroundings like they were two entirely separate pieces. Instead he thought that we have to look at the way they impact each other in real time.

Just like with an energy field, each part impacts every other part. To understand our behavior we have to keep in mind all the variables that play a part in it in real time. This is true on both an individual and group level.

We also can’t analyze these elements individually. So we have to focus on studying the way they interact to get a complete picture of what exactly is going on. Lewin came up with three key variables for explaining this idea. They are:

Lewin says that the field theory shows what every person’s possible and impossible behaviors are. An awareness of the life space helps us make a logical prediction about what a person will do. Every single behavior, or at least every single intentional behavior, has a motivation. There are tensions pushing it, energies moving it, charges directing it, and all this has a goal.

Kurt Lewin said that you can explain all your actions with one simple fact: we see specific paths and ways to unload certain tensions. We’re attracted by the actions we see as ways to let that tension out.

To understand all this better here’s an example of a need we all have: the need for recognition. When you start to feel this need, it awakens a motivation to get recognition in an area that interests you. That motivation will have a positive charge and lead you to act with the goal of getting recognition.

The motivation would wake up a tension between your current situation and your need for recognition. Then that will lead you to think about possible actions to get that recognition. And depending on what area you want to be recognized in, you’ll do whatever you think gives you the best chances of getting it.

The Similarities and Differences Between Psychology and Sociology
Social psychology and sociology: do you know the difference? Even though they might sound the same, they're not. On the other hand, it's still true that they share certain things, and one of them partly exists because of the other one. Read more »
Link copied!
Interesting Articles
Psychology
Minimalism: Get Rid Of Unnecessary Things To Make Space In Your Mind

Psychology
What Is Your Personality?

Knowing what your personality is can help you in your growth. The more you know yourself, the more secure you will feel towards life. You can also see if you need to…

Starting a new relationship means starting a new chapter in the book of your life. This implies learning the lessons…

Psychology
Do You Know the Effects of Marijuana on the Brain?

A few minutes after smoking marijuana, your heart rate increases, your blood vessels dilate, your eyes get red, and your…

Recently, certain phrases have become popular that are supposed to be motivational, but are often no more than publicity slogans.…