Know and Improve the Main Components of Your Body Language 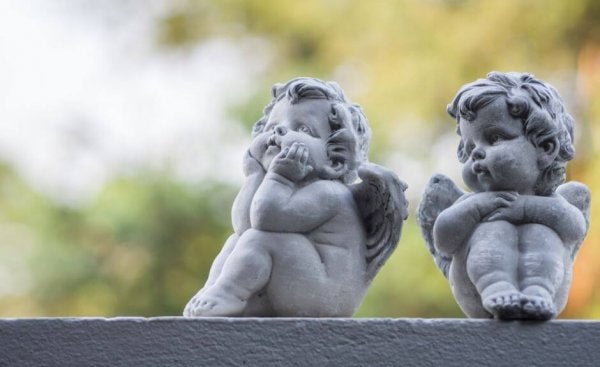 Studies say that in a face-to-face meeting, our bodies express more than 60% of the information we transmit, and our words represent the other 40%. But most of our body movements are done unconsciously. For example, the fact that we bend or hunch our shoulders does not go through our channel of conscious decision making.

We, when we gather information, are also aware of how impulsive and uncontrolled this body language is. That is why we trust it more than the words that we hear. Thus, we raise an eyebrow when a speech is not in line with the posture or expression of the face. Do you think someone could convince you that they liked a movie while they look disgusted? No, right?

On the other hand, the fact that decisions of nonverbal expression often flow through channels far from consciousness does not mean that we cannot redirect them, at least in part. It’s the same as breathing, which you do not normally control, right? However, when you put your mind to it, you can control a large part of the process. With body language, the same thing happens; we can control it in part. With practice, we can even become really good at doing it.

Think that the intensity of your convictions will be reflected by and will travel through the gestures and movements you make while putting words to them.

Posture: the frame of the message

A really interesting phenomenon that happens with nonverbal language is that it has the power to not only reflect, but also to generate changes. For example, studies tell us that people who walk upright with their eyes on the horizon for a few minutes will then be more confident and convincing with their speech. Thus, the way in which we present ourselves to the world can greatly determine how we feel and what performance we obtain from it.

Imagine that you are going to make a presentation and a question arises: should you sit or stand? This is a part of your body language that you can easily control. The simple answer would be that you choose the option in which you think you will be more at ease. Now, if there is not much difference in that regard, which one do you choose? Which one suits you more? If you speak for a small audience, you will have more advantage in sitting. If the audience is large, it would be advisable for you to remain standing.

If this does not resolve your doubts, think that if you choose to stand you will have to be much more expressive than if you sit. So if you are a very expressive person or the subject requires expression, choose to stay standing. On the contrary, if you are a calm person, sitting down will help you project a better image.

If you have chosen to stand, separate your legs slightly to ease muscle tension that can make you feel tired after a few minutes. Do not sway from one leg to the other. It is preferable that you move before you project the sensation that the ground burns. Think that if you transmit discomfort, your audience will be infected with that sensation.

If you have chosen to communicate, do not fall into the error of backing out. On the contrary, if you get a little forward, the audience will have the feeling that you are interested not only in what you say, but also in them. Finally, with this inclination you will acquire a handicap: perhaps you feel that your lungs are somewhat oppressed and that it is difficult for you to catch your breath a little. Hence, it is important for you to pause with some frequency.

Gestures: the measure of the message

Gestures essentially serve to move away from or get closer to the people who listen to us. A gesture can be, for example, to take a step back. Proxemics – part of semiotics dedicated to the study of the organization of space in linguistic communication – tells us that people usually manage four types of spaces based on the trust we have with the people we communicate with.

With body language there is also the curious fact that if two people who participate in a meeting feel at ease, one – usually the person who does not have the initiative – will tend to imitate the gestures of the other. Thus, if you touch your nose, it is likely that the other person will do the same moments later. We owe this effect to our fantastic mirror neurons, which already act from early childhood.

The eyes: the message channel

They say that the eyes are the window to the soul, and that sparks tend to fly from them. Also, in courtship and the game of conquest, a look of the eyes is something that at first tends to work in turns, to become the first declarations and kisses in a shared channel that produces telepathic phenomena.

The gaze is also understood as a sign of sincerity, while at the same time a sign of introversion. The introverted and sincere people would find themselves in a river of confronting currents. The look is also a sign of attention: let’s not forget that vision is the predominant sense for sighted people.

Also, an elusive look can be a lie or a secret symbol, as well as a sign of shame or protection. In one way or another, people who avoid eye contact do so because they try to make the channel useless in some way. They do not want to send contradictory or extra information.

In any case, opening a channel of communication is a sign of security and strength. On the other hand, it is also a way of recognizing the people around us and telling them they are important enough to deserve our attention. So, if you tend to disable this channel, for whatever reason, I encourage you not to do so and to open yourself to everything you can give and receive through it.

Posture, body language and gaze may be the main elements of non-verbal communication. Hence, knowing their peculiarities and consciously intervening in them with intelligence can make our messages gain strength, and the image we project subsequently improves. Do you dare to try?

The Importance of Using Loving Language With Children
Babies can sense the great power of affective language. However, if you don't use a language that is wise in emotions, that child won't grow as it should. Read more »
Link copied!
Interesting Articles
Psychology
The Electra Complex: What Is It and What Does It Do?

Culture
Learning to Love According to Erich Fromm

According to Erich Fromm, people must celebrate love every day as a liberating and enriching act. The people who manage…

Psychology
Can We Trust People Who Can't Stop Talking?

Why are we so afraid of change when life is so full of it? It's the only thing that's constant. It's…

Culture
The Heart Has Neurons Too

Most people don't know this, but the heart can feel, think, and decide for itself. It has around 40,000 neurons and a whole network of neurotransmitters with very specific functions,…